Fame but not for little me...for the city I live in.

Alicante City makes it to the Guinness book of records

IT is really big.

I have never really taken much notice to the Guinness Book of Records feats but this one is something!

Here is the photo I took in the Town Hall square. 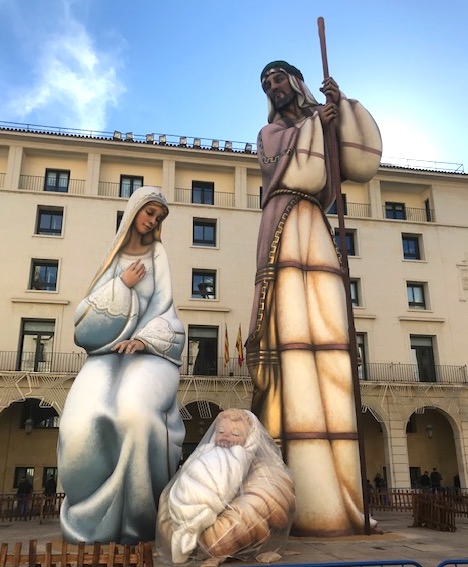 See how they have covered the baby Jesus because rain was forecast!!

More photos that I found of the construction of the manger. 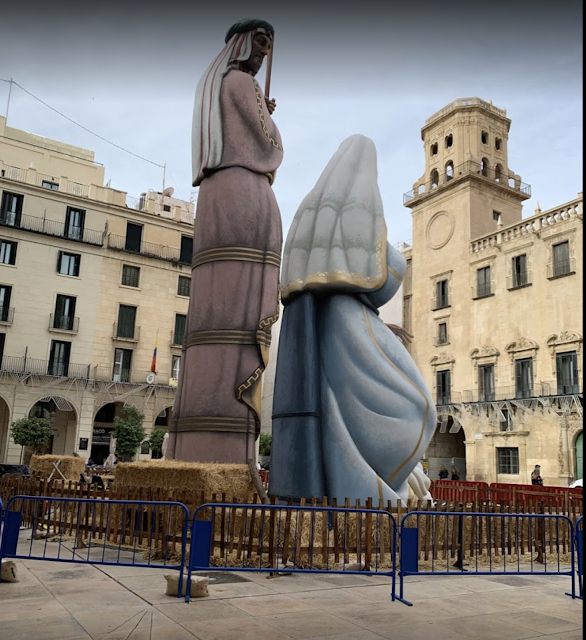 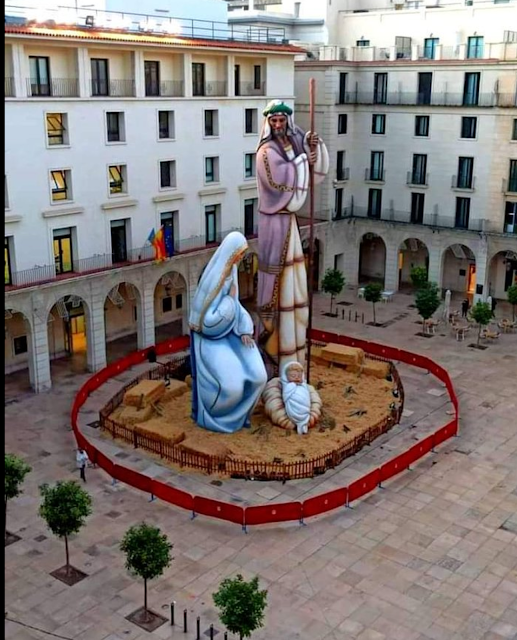 Finally everything in its place and opened to the public!

How about that for a crib??

I was reading Clicky Needle's post yesterday where she talks about darning and how she uses a certain sewing machine to darn jeans and she also explains how to use the sewing machine for this.   I have to say Clicky Needle's machine darning is quite that bit superior to anything I could do by hand or by machine.

Anyhow this jogged my memory that I really had to get down to fixing some of the tatty jeans Sr P constantly wears. He does have new jeans but he has two favourites which he wears constantly and are in quite a state of disrepair in fact I am thinking that they will soon be going to the rubbish bin!!   There will be grumbling then!!!   He keeps telling me it is the fashion to have rips and holes in jeans!! Yeah! right old man..... for a 16 year old!!!

Now I have to add I do not like ordinary sewing because I suppose it is that,ordinary and boring. I know the basics and I do have a sewing machine which I learnt how to use again when I bought it. I absolutely had to because my last machine sewing lesson was when I went to school and that was during another life!!   I posted about it, what was then,my new sewing machine here ....that was in 2012...so you can imagine the poor machine has gathered dust since then.

When I have to darn jeans I don't darn them...now that is a contradiction.😀  I am lazy and I just buy these iron on patches and cut out a piece and iron it over the hole. 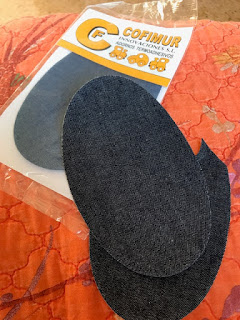 Therefore this morning I decided to tackle Sr P's scruffy jeans. You see I also had this amazing "light bulb" moment and thought instead of cutting a blob from the iron on patch to cover the hole why don't I cut out an interesting shape.

This was the result: 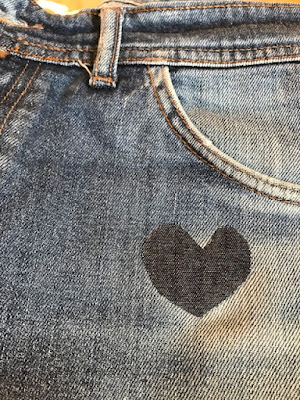 Well....I like it...now cross fingers Sr P likes it or at least he ignores it and leaves it there.

We will see...he may not even notice it!!

I thought I'd give you a little taste of some Spanish carols. I particularly like the flamenco style carols which are usually sung by the gitanos (gypsies).  These people live and breath music and dance;incredibly artistic!!🎸