It was a wonderfully sunny day last Sunday in fact it was very much like a day in Spring as the weather was very mild indeed.  We decided last Sunday to go a little further along the coast to the wild beaches that are situated under the watchful eye of the Cape of Santa Pola lighthouse. You can usually see Tabarca Island quite well from the seashore there, so I had thought to take photos of the island to post here.

This was my first snapshot of the mountains overlooking those beaches 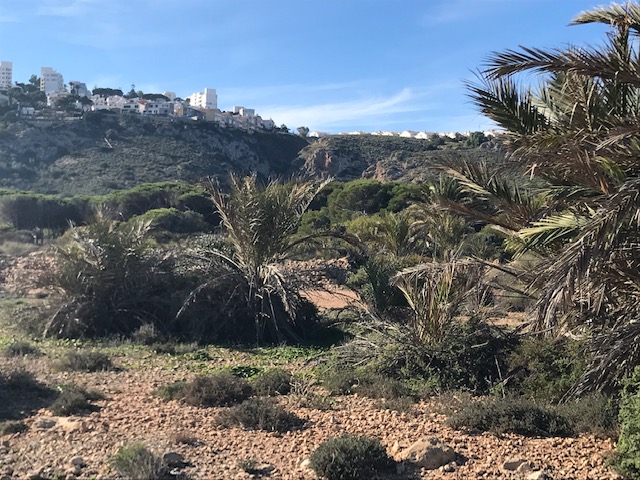 However this is the only decent photograph I could get !
My idea of taking photographs of Tabarca Island dispersed completely when we came up against the this invasion of Caravans and Motorhomes, some of considerable dimensions, situated right on the edge of the access to the beaches and coastline there.  Real front line parking which meant that the campers would of course enjoy their stay right in front of the sea but impeded access for other people on foot to enjoy the beach as well. 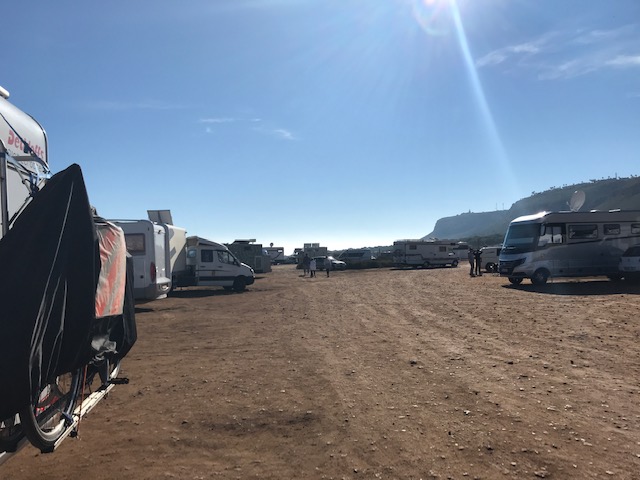 In fact some of these campers had parked so close together (on the left of this photo) and had laid out their tables and chairs in such a way that even squeezing between these vehicles to get to the beach would have been embarrassing and difficult.
On top of it all it is prohibited to camp in this area and is clearly indicated so by the numerous signposts that are placed at different places along this part of this coastal track.
I noticed that there were a mix of foreign and Spanish campers so what part of this sign did they not understand? 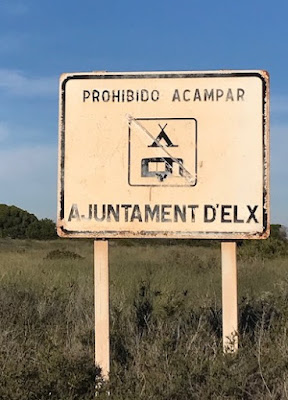 Even if you do not understand Spanish it is pretty clear what the symbols indicate.
At least the people who had camped in the car park had not blocked the access to the beaches even though the signs also indicated there that it was prohibited to use the car park for camping! 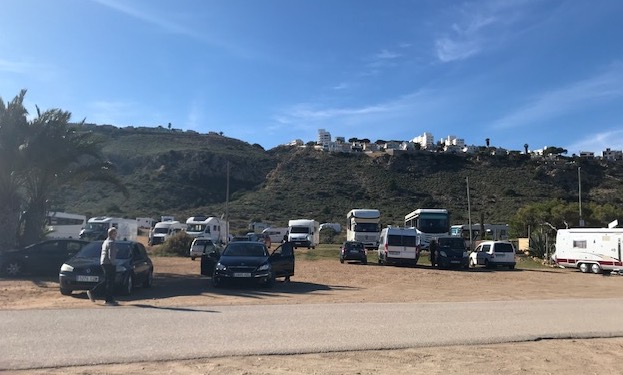 but it seems they thought they could ignored all these signs too. 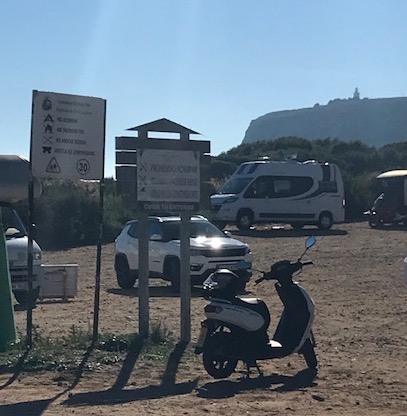 It was really annoying ... a beautiful sunny morning spoilt!
Sweet Things
On a cheerier note this is what my daughter brought for us for tea on Christmas Day
I highly recommend this Panettone by Chef Pastelero Juan Fran Asensio.  I don't usually like Panettone very much as I find them dry but this one was delicious; full of yummy chocolate and orange bits and not at all dry. 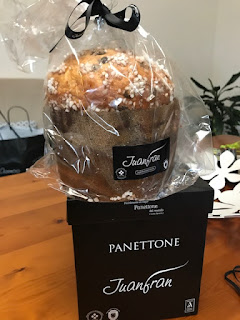 I am posting this video clip that I have found about this Chef Pastelero.
I didn't know that the baking of panettoni goes back to the 15th century!  I'll remember this! Why is it I store the useless information and forget the important!😁
Replies.
In reply to certain comments and queries on my last post "Gentle Lady"
Betsy and Kathy: in reply to your comment about Torka not being allowed inside the house. It seems it is the norm here when they consider the dog to be a guard dog. Personally I think who ever breaks into my SIL villa Torka would probably knock him/her down and lick that someone to death! 😁
Shaz: in reply to your comment about so much paving in the garden and no grass. It is the norm here. Lawns/grass produce lots and lots of mosquitos which means constantly fumigating, using mosquito nets and other gadgets to put up with them. Having no lawn reduces this considerably. Lawns are also a very costly feature in gardens here as they need to be constantly watered all year round.
Crochet
I am just finishing off the centre piece of the Baby blanket I am making for my niece in Australia.
The C2C stitch is pretty easy but the tangle of different coloured yarns was a bit annoying until the work started to flow and I got used to changing from one colour to another. I did have to frog the work twice because I counted the wrong number of squares. Good learning curve though! 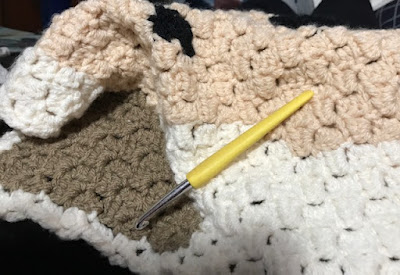 I have been chatting with my niece this morning on Messenger and she tells me she will be induced early due to high risk so baby should be here the end of February and not in March. I think I need to hurry it up! It will take at least a month for the post to get it to her over there in OZ.
Replies to comments on previous post completed 🖋