Looking from the other side

Finally! Some restrictions have been lifted and we can leave the city and go out to the beaches or up into the mountains as long as we remain within the Valencian region.

Nevertheless the weather wasn't in harmony with our thoughts Sunday morning as it had been raining since early that morning.  All the same we did go to the Arenales beach for awhile just to get some well received blustery fresh air and a good walk along the sea front.  I always feel better when I go for a walk by the sea even if this time it was an angry sea.  The sea air always improves my breathing even if they do say that the sea air is thicker it does also clear my throat . I  feel so much more energetic after a walk by the sea.

As the wind started to pick up again we decided to go back into the city and this time we went up to the St Fernando Castle which overlooks the city and faces Santa Barbara castle. 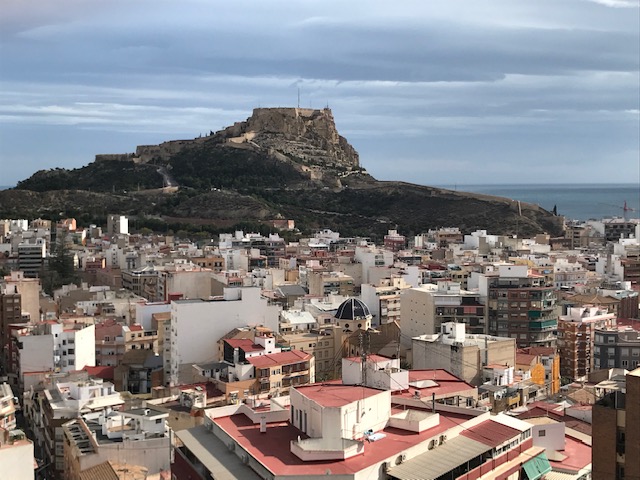 This castle , called a castle but really a fort, was built to guard the Western entrance to the city during the time of the French invasion in the early 19th century. 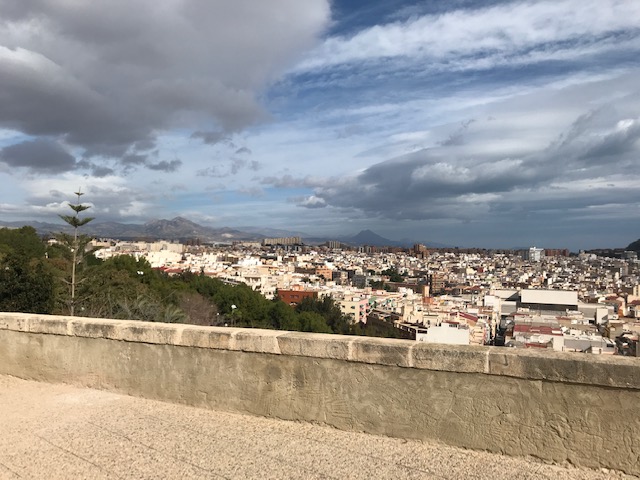 It was also used during the Spanish Civil war as a military prison.  In actual fact my father-in-law was imprisoned there by General Franco's troops. My father in law would not talk about his time in the Republican Army at all but there was just that once.

We used to take my in laws for Sunday morning outings and there was that one a morning we went for a walk in the Castle grounds and we had gone over the bridge crossing the moat and as we were walking into the old court yard Papa just turned to me and said "those were the old barracks and that is where we were imprisoned ! " and that was all. He just moved away after that and as much as I would have liked to ask him more I just felt his moving away meant he didn't want to say any more about it.

I couldn't take a photograph of this area of the castle because the bridge to get there is cordoned off as they are restoring the old wall.

On a more pleasant note the castle and castle slopes are now a massive park area. It is a very large recreational space, home to monuments and statues, forest picnic areas, gardens, a music conservatory and two sports fields,with the option of playing mini-golf, skating or rock climbing, among many other activities and even life sized chess. I do remember roller skating with a friend there for a couple of hours a week a few years back.

I really loved my skates then they were the best (so I thought!). They were similar to these but in bright orange and yellow. I wanted to make sure the people could see me coming 😁 !!

Now I have never made one of these before and I doubt very much I shall again. I filled the egg with fiberfill until it was really tightly packed but even so it loses its shape very quickly when touched which annoys me. I keep having to poke it back into shape. No I don't think I'll be making another.

I hope to drop this off when I am out walking next week.

As it was a chilly day I thought a nice veg main course soup would be ideal. I really can't remember where I got this recipe from as it was quite some time ago.  It is a favourite with all the family as it contains loads of different vegetables,pasta and a few frankfurt sausage slices. 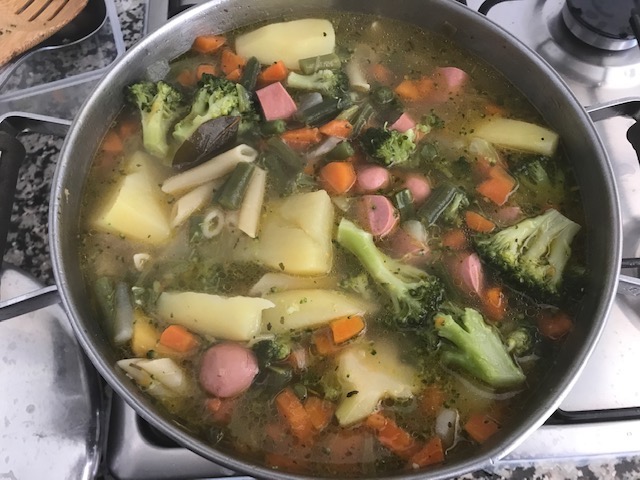