Last Sunday I was on a mission!

We were left without transport last Sunday as Sr P discovered the car was consuming petrol rather rapidly so it has gone to our local garage to get it sorted.  Our only transport was either the bus or walking.  On such a lovely day I was not going to get into a bus so we walked down to the city centre.

My objective was to take photos of the "Casa de las Brujas" as it is today. 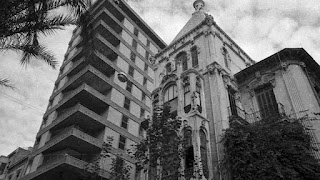 At one time this abandoned city Mansion looked decidedly eerie having been totally left to rot!
This opulent Art Nouveau three story city Mansion was built in 1898. A beautiful mansion that has a sad history of neglect and abandonment.
Although its name brings to mind black magic and other rather sinister goings-on, it having been the abode of witches only originated from the fertile imagination of the local children! Starting back in the 60s this mansion in ruins became the popular haunt of children. Someone left a back door open which was of course an open invitation to any child. They would slip in through that door which was, at that time,  permanently ajar into the dark interior of the grand mansion to play and they began to call it the Casa de las Brujas, "the house of the witches" and that name has stuck to this very day.
A few years back this Mansion was restored to its former glory and became the Valencian Government Offices  in Alicante. 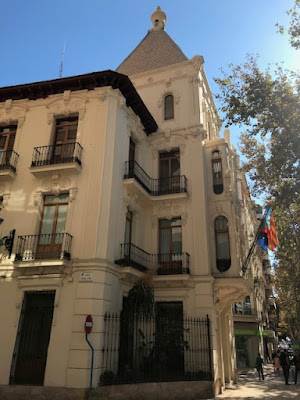 I see the facade of the Mansion has recently been painted 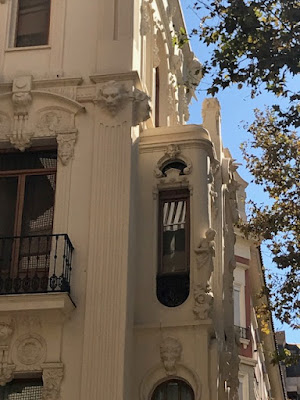 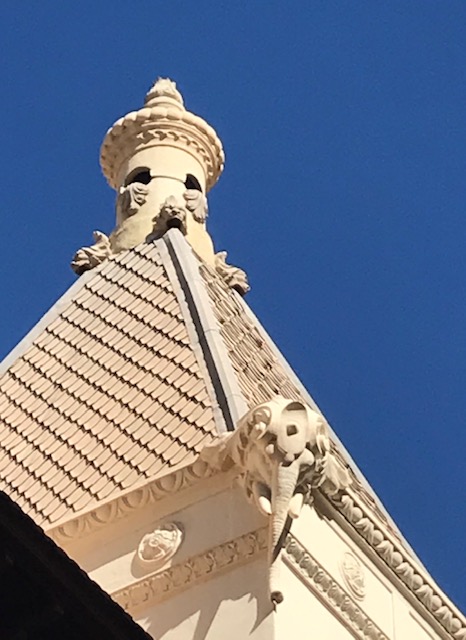 I just love this turret. Can you see the elephant?   There is a room under this turret it would have definitely been my bedroom! 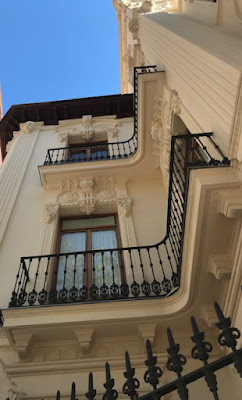 A truly beautiful building  and I am so very glad it has been restored and put to use again.
As mentioned in my previous post   I am on the look out when I walk for anything I think will classify as street photography.   As we walked down to the city centre we took a little detour down a rather narrow dark street and ... as we got to the end of the street this unexpected treasure hit the eye. 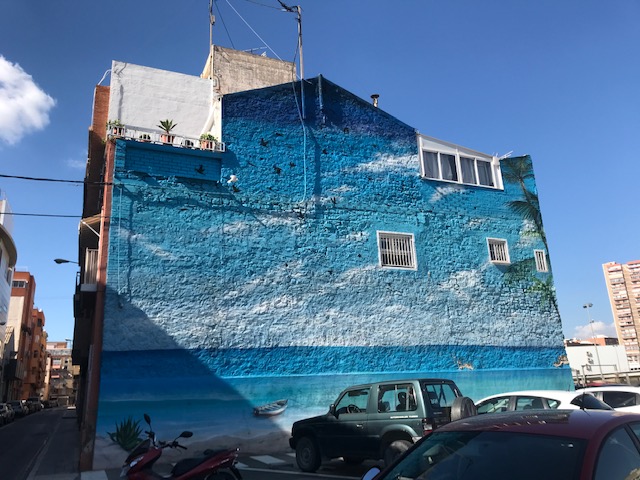 It certainly brightens up a very nondescript street but it is such a shame that the cars parked in front of this piece of urban art cover up the sandy beach at the bottom.   The black specks at the top are birds.
CROCHET
A hat for my nephew who is a gardener, to be sent to Australia ready for OZ winter. Slouchy style or traditional. Modelled by Sylvester the cat.
This is Kate's pattern which she has shared on her blog "I live,I love I craft ,I am me" . This is the smaller adult sized hat. I used up some DK yarn oddments that I had in my stash hence the two tones. I didn't have enough of each tone so I mixed it. My tension must be looser than Kate's as I had to drop down to a 3,5 hook to get the right length for the starter chain.

My nephew will probably wear it this way. 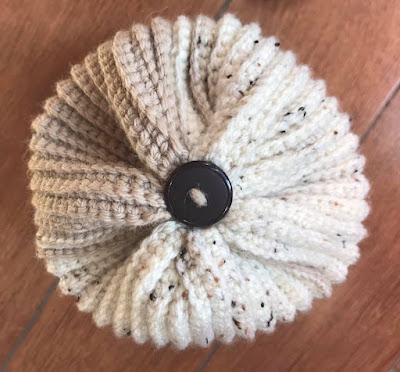 I found it hard to gather and scrunch up the top of the hat and there was still a little hole so I thought I'd add a button to finish it off.
Thank you so much Kate for sharing your pattern.
I have also been crochet doodling and I made these two hair grips for my little great nieces. 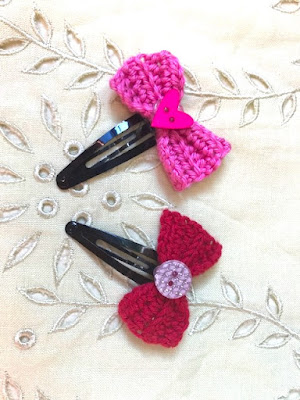