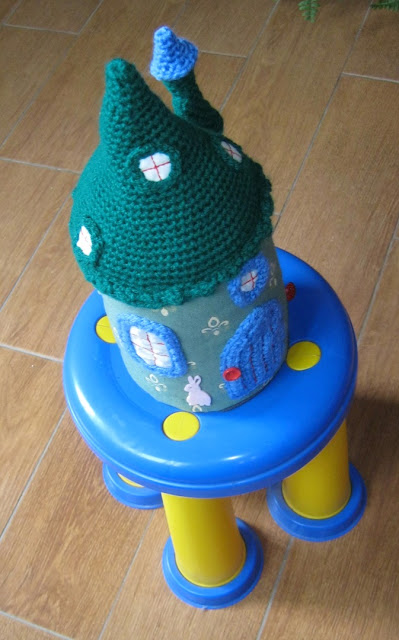 and exactly that.... all due to the door slamming and poor Willie the cat couldn't get into our bedroom at night to be with his beloved friend Sr P.
We put a cushion there at first so the door was drawn to but there was still sufficient space for Willie to get in but that cushion had got old and squashed and wasn't allowing enough space for Willie to get in anymore. That meant we were back to the scratching and meowing again at 3ish in the morning tut!!!
That's when Sr P asked me to make a doorstop and I have, as you can see in the photo above but now my daughter has seen it and she wants it and Sr P has given it to her and asked me to make another one not so elaborate!!!
Which  I will do ...but....grr!!!!

I had no intention of doing all THIS!!!
The whole turret house just sort of developed after having sewn the main body of the door stop together and filled it with a bag of rice and also placed a few pebbles in the bottom to keep it steady.
I sewed the bottom up and thought it looked rather plain and I thought I could crochet a something top to it to make it look a bit taller. 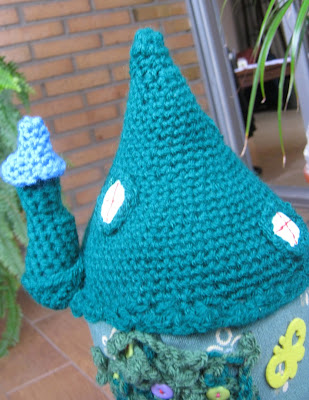 I merrily crocheted away in single crochet and it just sort of went cone like.  I thought of a turret and of course I had just seen the Hobbit film so perhaps that was what inspired me.

It looked better with the turret but then it needed a door and then a few windows and the turret needed a few little round windows too! 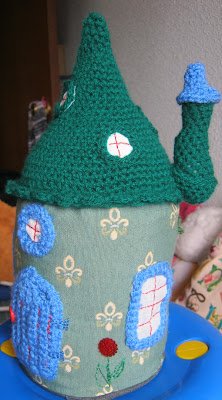 Then it came to me that no good turret house could be without a chimney so I made a chimney , 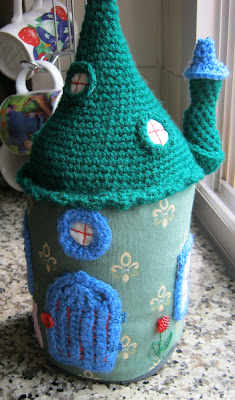 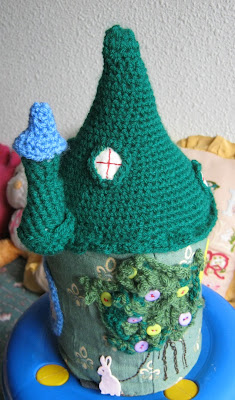 and then I thought a couple of toadstools under a window but
.....naaaa ....I thought it was getting a bit crowded and so I stopped...... 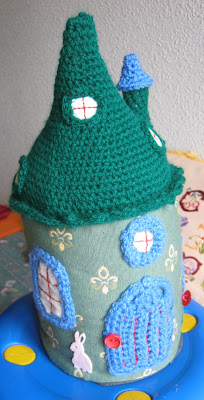 to rest and  to contemplate it. 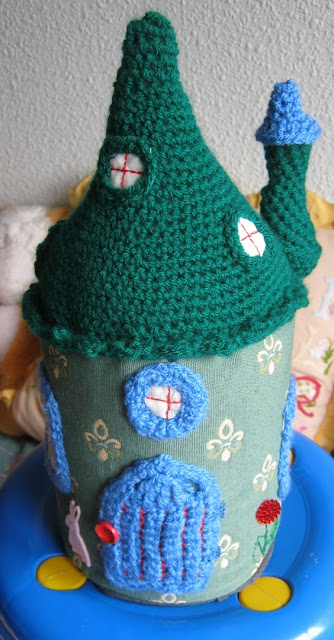