I wasn't well after the second Moderna vaccination I had last Wednesday. On the Thursday I had a temperature of 38.5 and I felt very sorry for myself so I decided to take a day off and reclined on the settee all day. I couldn't even perk myself up to do some crochet. That is telling you how poorly I was feeling.  As a rule I like to avoid taking any medicine only what is absolutely essential like my thyroid pill but by mid afternoon I was feeling worse and felt quite dizzy so I took a paracetamol and that did help.  I also drunk loads of water and ate very little;toast and plain yoghurt. This is what worked for me. Three days later I was much better,no temperature  just a few aches and pains in general, a bit like the flu.

I finally received notification from the hospital yesterday and I go in for my test on Friday! In preparation for the test my diet has changed from the bland diet I was on to a "don't eat anything" diet until after the test. OK I am fibbing! It does contain some food of sorts but even less than what I was eating with the previous bland diet.  Big sigh! not complaining really... just wish it was all over and done with.

I am not sure how I will feel afterwards so I may fall behind commenting on your posts a bit over the weekend.

Meanwhile I just wanted to let you know in case you would like to check them out (optional😁) ,I have finally completed all replies to comments sent in on my previous posts Midday Sun and Splash.  Please do give a shout out if I have missed anyone.

The pool is open!

Temperatures have risen here,the pool is open and summer is practically upon us.

I think this is about the only photo I have of the swimming pool;taken a few summers ago. 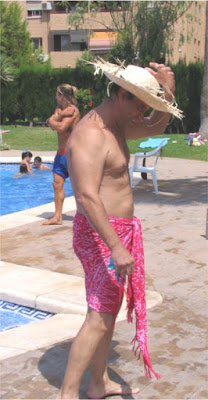 Sr P making everyone laugh in his Calypso Joe outfit !!

The children will be out of school for their summer holidays next week and as usual just before the yearly Fire Festival starts at the end of June. I commented and posted in the past about this festival here .  Sadly though the festival has once again been cancelled due to Covid restrictions. They are talking about having it in September instead but quite frankly I cannot see it happening.

I have posted a few photographs from the last festival held in 2019. It is such a very big event here that it is greatly missed and not celebrating it again for a second year has produced some "grumbling" in certain quarters! 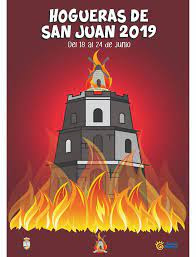 The Alicantinas on their way to offer flowers to the Virgin at the Cathedral. 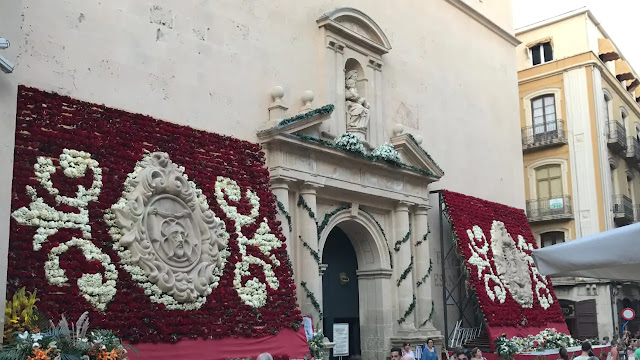 Beautiful displays of flowers on the facade of San Nicholas de Bari Cathedral,patron saint of Alicante. Flowers that  have been offered to the Virgen del Remedio who protects all Alicantinos from her niche over the main entrance of the Cathedral. 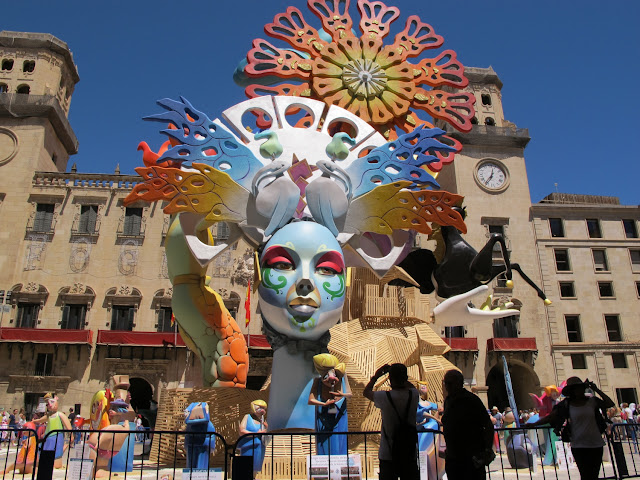 One of the effigies in front of the Town Hall. There are numerous others which are dotted throughout the city and they stay up for the six days of the festival. Constructed of wood and paper maché they are elaborate works of art. On San Juan's night,24th June, they are burnt. The last one to burn is the the effigy that won the first prize.

Lets hope next year all these traditions will carry on as normal.

Result of a bit of crochet doodling and at the same time using up bits and bobs of yarn and a few sparkly bits. 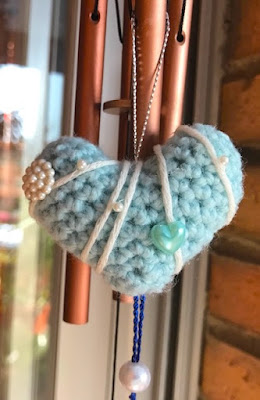 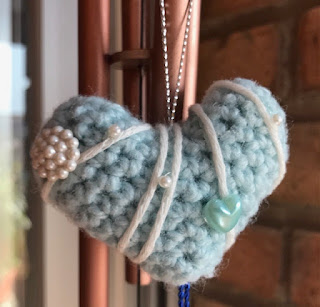