The Medieval Market is being held every Sunday morning throughout this month in the Old Town here in Alicante City. It is set in a more than appropriate surroundings considering the backdrop of old medieval buildings ,crisscross narrow streets and Santa Barbara castle dominating the area from  above on the Benacantil mountain.

We visited the market last Sunday 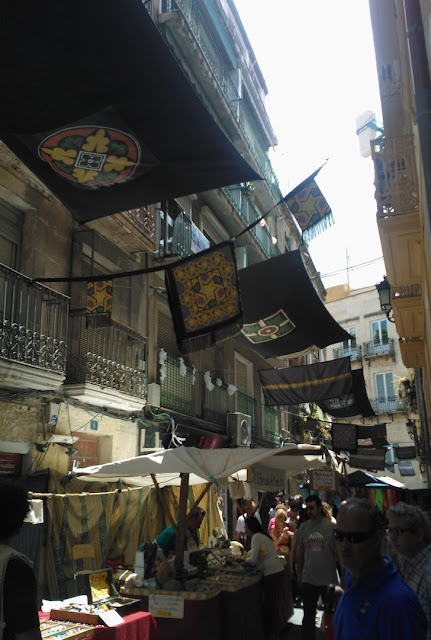 If you wish to experiment the feeling of going back in time I do believe this could be it.
I can imagine that a medieval market could have very well been like this. It was crammed into the narrow streets of the Old TOWN area of the city and there were masses of people milling around. You are instantly  assailed with multiple whiffs of heady smells from homemade soap ,candles ,perfumes, barbecued meat,fresh bread,people sweating,perspiring,a variety of animals and some very strong cigar smoke which I managed to evade by darting down a side street. However this was all part of the ambiance of the medieval market and added to the sensation of shopping during medieval times.


In all the traders had tried to create an authentic historical atmosphere as they too were dressed up in period costume.There were also several groups of musicians some playing the "gaita" Spanish bagpipes 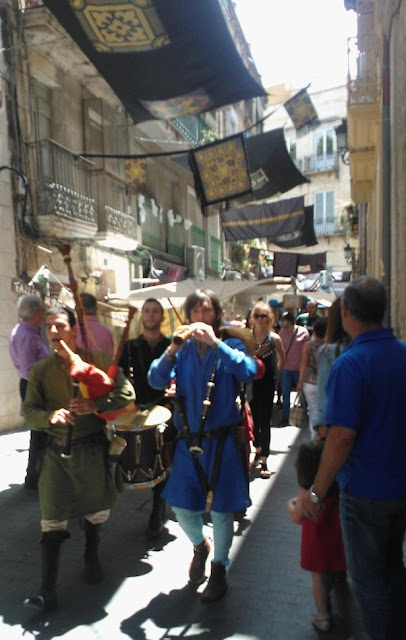 and others dressed as Moors. 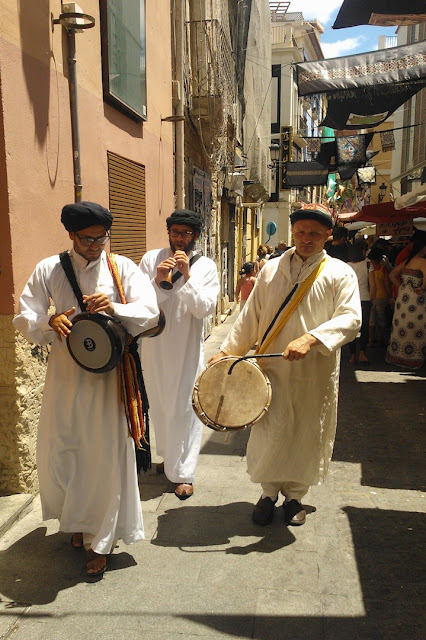 I did manage to get some photos but with the hustle and bustle of the people it was rather difficult.

I'll not be going again!
That sounds a bit contradictory doesn't it?   I mean considering that I do declare to all and sundry how much I love markets.
Although I LOVE to go to all types of markets ...there are markets and there are markets.
I'm afraid I walked away from this market feeling rather cheated. There were plenty of craft stalls which I enjoyed viewing but the prices were astronomical even the tiniest thing like a keyring. I certainly do not begrudge the artisan or crafter the due reward for their work and their creativity but I assure you the prices were such that I really felt quite annoyed. My irritation grew as I continued on through the market. There were many comments among the public too and the people just weren't buying.
I am wondering if this is due to the organizers of this market perhaps they are charging the traders high prices for their pitch.
Needless to say I also came away empty handed which probably added to my disillusion especially as I liked these.... 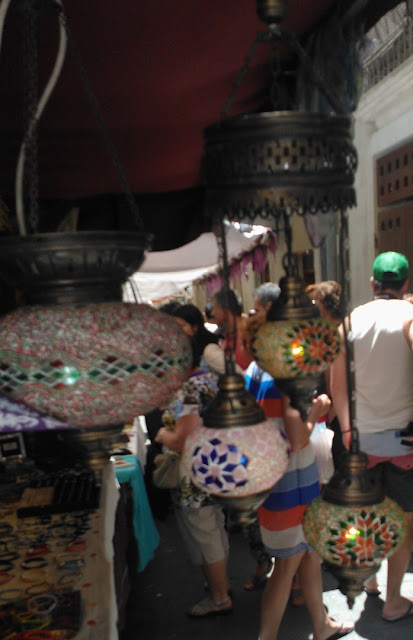 I am thinking now how can I possibly express my thanks to those bloggers who so kindly commented on my last post and who deciphered straight away that it wasn't just a lack of time moment but also a niggling worry moment about not being able to keep up with the rest of you.
Have you been attending mind reading courses by any chance???
This is the part of blogging I like so very much and that which stops me from even contemplating the possibility of not continuing.  Thank you!