Another year another tea party!!!!

Mum at Mum's Simplyliving blog has once again prepared a wonderful tea party for us.
Thank you so much Mum for organizing this tea party and for bringing us altogether for this little while. :-)


This year I want to prepare some chocolate and churros for Mum and for her guests.
I've sent Sr P off to buy the churros which also means I have a bit of space now to get things ready. Churros are never normally made at home as you have to have the right sort of equipment to make them. 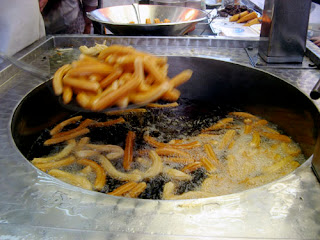 Therefore you go to a churreria to buy churros and its going to take him awhile as there will be a queue. Sunday is the most popular time for churros. 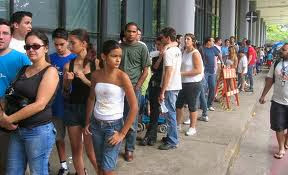 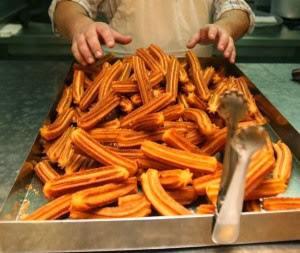 They say Churros originated in China and were brought to Europe by members of Marco Polo´s team and they came to Spain via Portugal, where it became a very fashionable breakfast for the aristocracy.

They are also know as Spanish doughnuts but personally I just don't see why they are called doughnuts. I'd say they are more like choux pastry mix perhaps with a softer consistency. They must be eaten hot and dunked...definitely dunked....into hot chocolate or coffee.
I'll not be getting my china out today as it isn't appropriate for hot chocolate and I haven't got a china vajillas de chocolate set. My MIL had a smashing set I had my eye on that and wanted to get something similar but you know what its like....the years went by!!!   The traditional chocolatera pot is not like a coffee or tea pot but something like this: 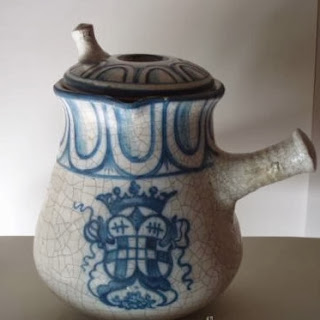 and large mugs are used or large "cuencos", the same as they use for breakfast.  They like large cups and bowls for breakfast here as they do a lot of dunking.......dunking isn't considered bad manners in Spain but it is in fact quite strange for them if you don't dunk!!!
Anyhow I do have "cuencos" which I usually use for this : 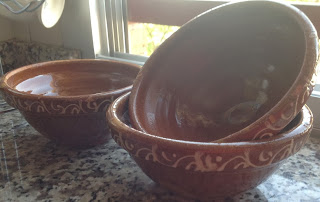 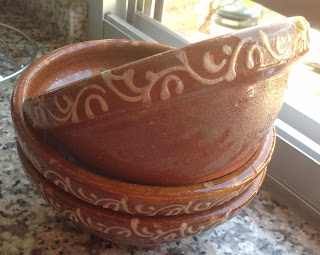 but I think I prefer to use my Portmeirion bowls .... I so love my Portmeirion Botanic Garden dishes which are very hard to find here and very expensive so I always try to bring back a couple of pieces with me when I go home to the UK. 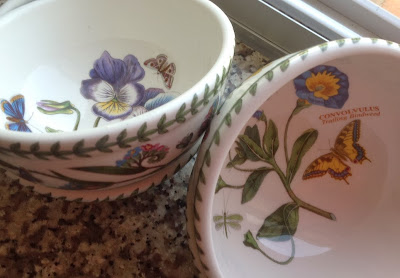 I think I hear Sr P coming up the stairs and Willie the cat is walking towards the front door so it must be him.He is going to be all over Sr P because that is one cat who loves loves loves churros and he probably smells them already.

How about that then:
I am so looking forward to joining in the fun with Mum and other bloggy friends such as:
I also want to take this opportunity to congratulate Gracie at Grayseasailor's blog ,as her newest grand-daughter,Baby Rose, has arrived. This is wonderful news such a happy time for her family!

I'll be back a bit later with the hot chocolate!!!

and here it is...piping hot

Email ThisBlogThis!Share to TwitterShare to FacebookShare to Pinterest
Labels: 2013 Tea party at Mums