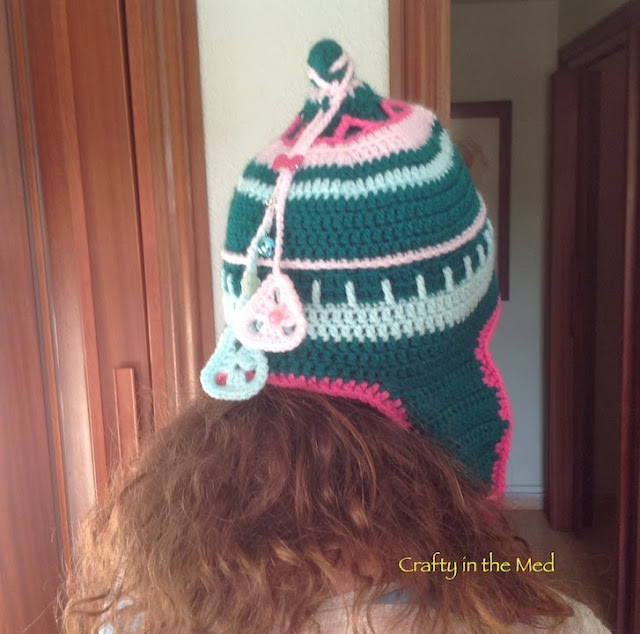 The completion of this beanie has probably been the best part of this week for me.
I have been feeling quite odd health wise with a sickening headache throughout Monday and Tuesday. On Wednesday it disappeared and I thought I was back to a normal me but Thursday I had this sicky feeling and had tummy problems all day, not eating hardly anything. Friday I continued with the sicky feeling which was accompanied by sniffs evening time. Today the sniffs have disappeared but my tummy is very upset and I am surviving on yoghurts. I have come to the conclusion there is something incubating in me that is trying to take over but my body won't let it. Soooooo....... peeps lets see who wins ..........

I am a strong believer in keeping oneself occupied and try not to think of the aches and pains of this weary body......dramatic eh!!!!  he-he!


I have made beanies in the past and I just had an idea about converting one and this is what developed I added the extra ...the sparkle bits ....to please my grand-daughter as she loves all those sorts of bits on her clothes. 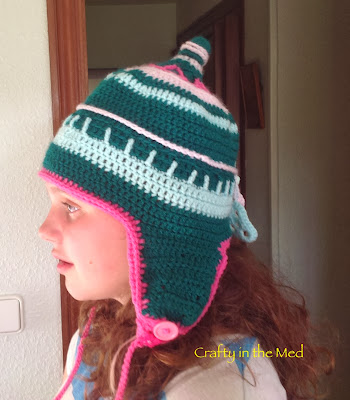 Cookie baby took the modelling quite seriously and she was very patient with me.
I've promised to make her a fingerless pair of gloves to match.

It is really funny how this goes as I am not totally impressed with this beanie but I already have orders from other members of the family who like it . However I have told them I'll think about it because it has got to the point that I am only crocheting for everyone else and it's about time I did something for myself.  I also have a very long list of I want to try outs and I don't seem to be able to even start that list. 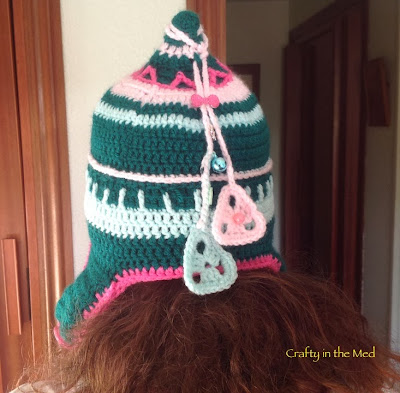 You may notice that my earlier post presenting my grand-daughter to you via photos has been deleted!!  That is because Daughter Nº 1 finally saw "the risking my all"post and did not like what she saw there at all!!!   In fact it provoked a bit of a tiff but we finally reached a compromise that I could display a few photos of Cookie baby occasionally if I needed a model but said photos had to be vetted by daughter Nº 1 beforehand. 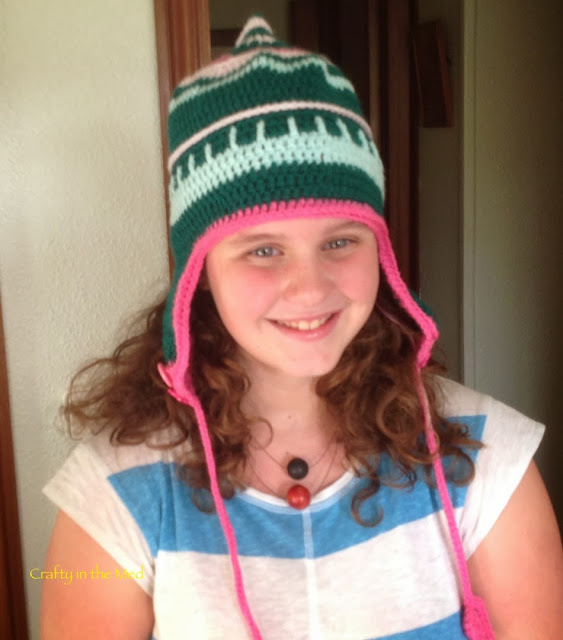 It has been christened the Manchurian Beanie!

I also have to tell you about a market and about some scrumptious new yarn but...I have this gurgle warning again and I must depart :-)

have a great weekend

PS: have you seen Hettie Brown's diary?
I so liked the idea that I'm thinking I might make some changes here on my blog.