Finishing this and that!


I have NOT been distracted you know ......even with all the excitement of hunky firefighters at my door (ok I'm exaggerating a teeny weeny bit...they were under my window) as related in my last post and what with the irritation of a second fire in our apartment block.
Actually could I just comment on this for a moment .Many of you remarked ,in your always welcome comments ,and rightly so .... how was it possible that the grandparents did not supervise the child adequately.  I have since then gathered a little more information about the situation from those here who know!   It seems the little angel,the grandson, (and he is ...a little fair blue eyed angel; pretty as a picture) loves to touch everything and particularly the hob & oven knobs and dials. The grandfather is in charge of the child while Mum and Grandma are out to work. Now it seems Grandad ( a young Grandad by the way) doesn't check what little angel face has been up to before they leave the flat for their morning stroll. Hence this is the second time he has come back to find his kitchen on fire. Incredible really, you would think he would have learnt the first time!
If it was me once I had that babe strapped in his pushchair I'd be checking every switch and plug in the house before I left.


as I was saying  I haven't been too distracted and have managed to finish the following makes :

This poncho is for my little six month old great niece who lives in Devon. I hope it will be too big for her as it is for autumn. 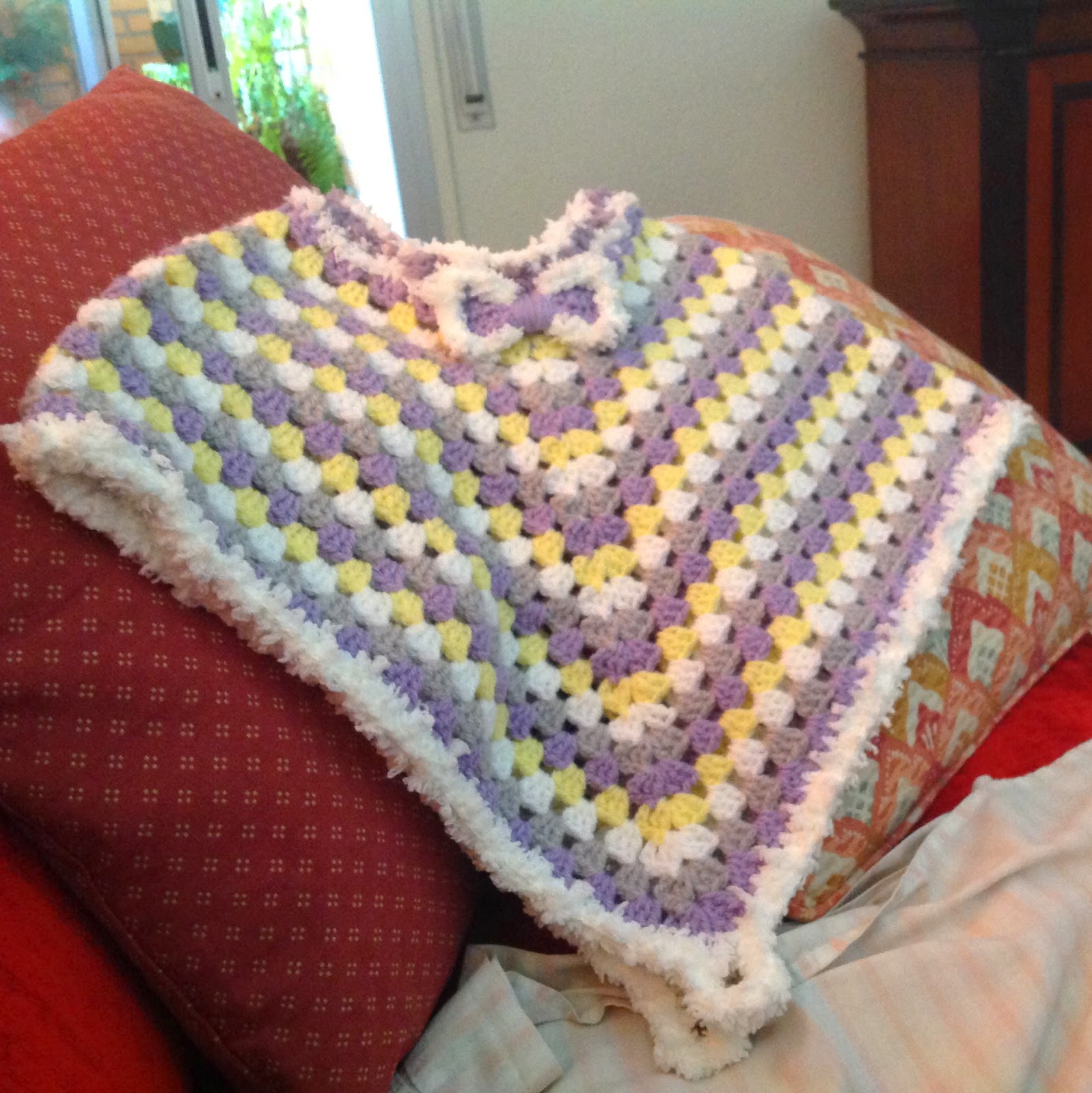 The basic pattern isn't mine ...I know it isn't .....I think it was given to me by someone but I have no written pattern anymore. I did it from memory.
I did design the extras though the neck,the soft trim around the neck and the bow . 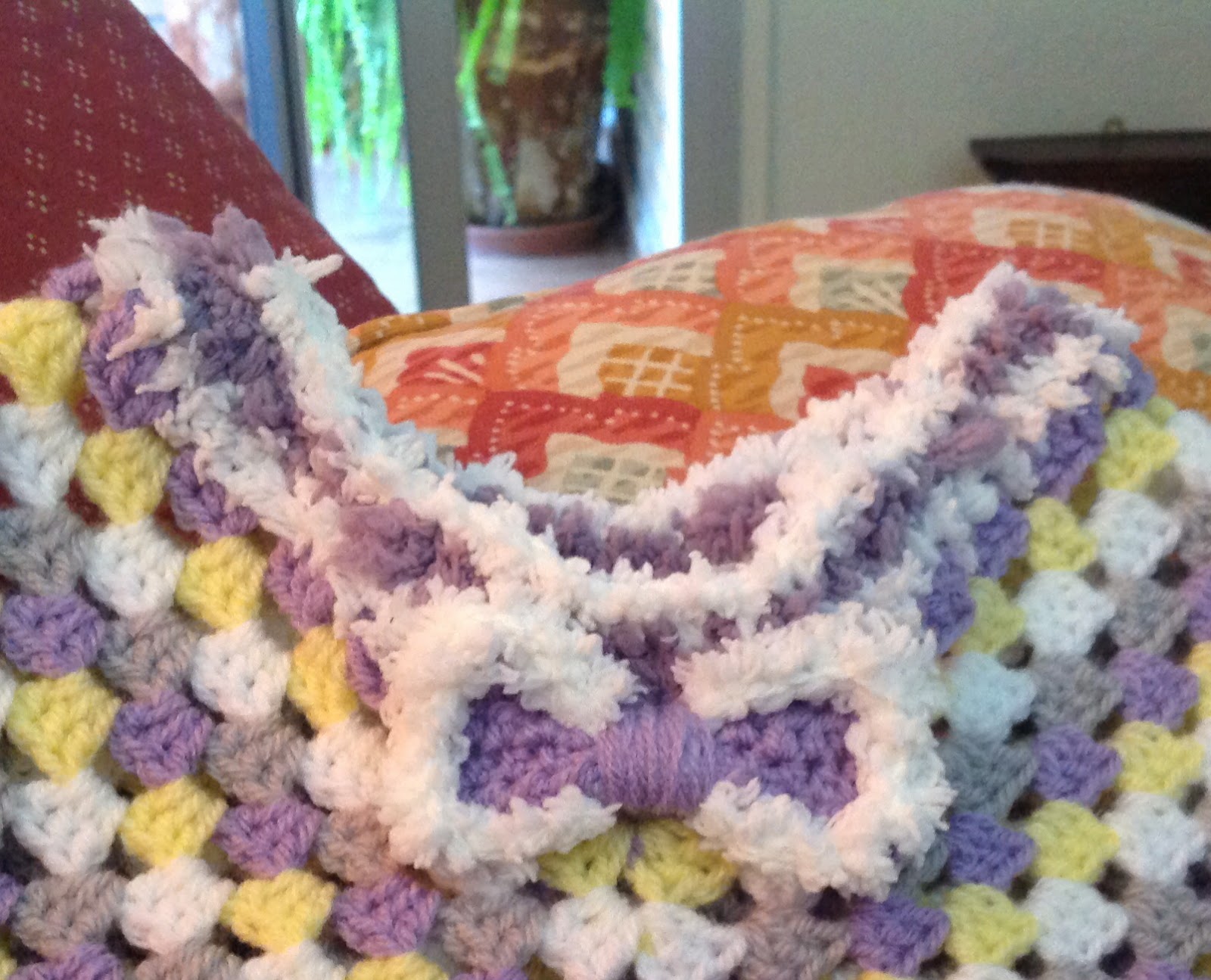 It is a stash buster too. I used up some SMC Coats Bravo yarn and added Katia Bombon in white and mauve for the trim and bow. As SMC Coats Bravo yarn is a little harsh for babies´ skin I decided that the super soft Katia Bombon yarn would be ideal for the bits that would be in contact with little E´s skin. Incidentally can I just add Katia Bombon is useless for crochet! It is a total nightmare to use but it is my own fault because it does indicate on the label it is only for knitting.
I had plans to add a third row to the edging but got so exasperated with it I gave up! I've sent all what I bought to my sister who is a knitter. It is a shame because it is really lovely and soft.

I was asked by a neighbour if I could make her a pincushion jar cover like the one I mentioned in this post here. Now as I tell everyone I do not normally make the same thing twice. Actually I don't think I could do another one anyhow as that first pincushion jar cover was total freeform. I have no pattern and I designed it as I went along. I told her I would do the same for her that is whatever came to mind ..that is freeform.....I don't think she really understood what freeform is though.
Anyhow I made this: 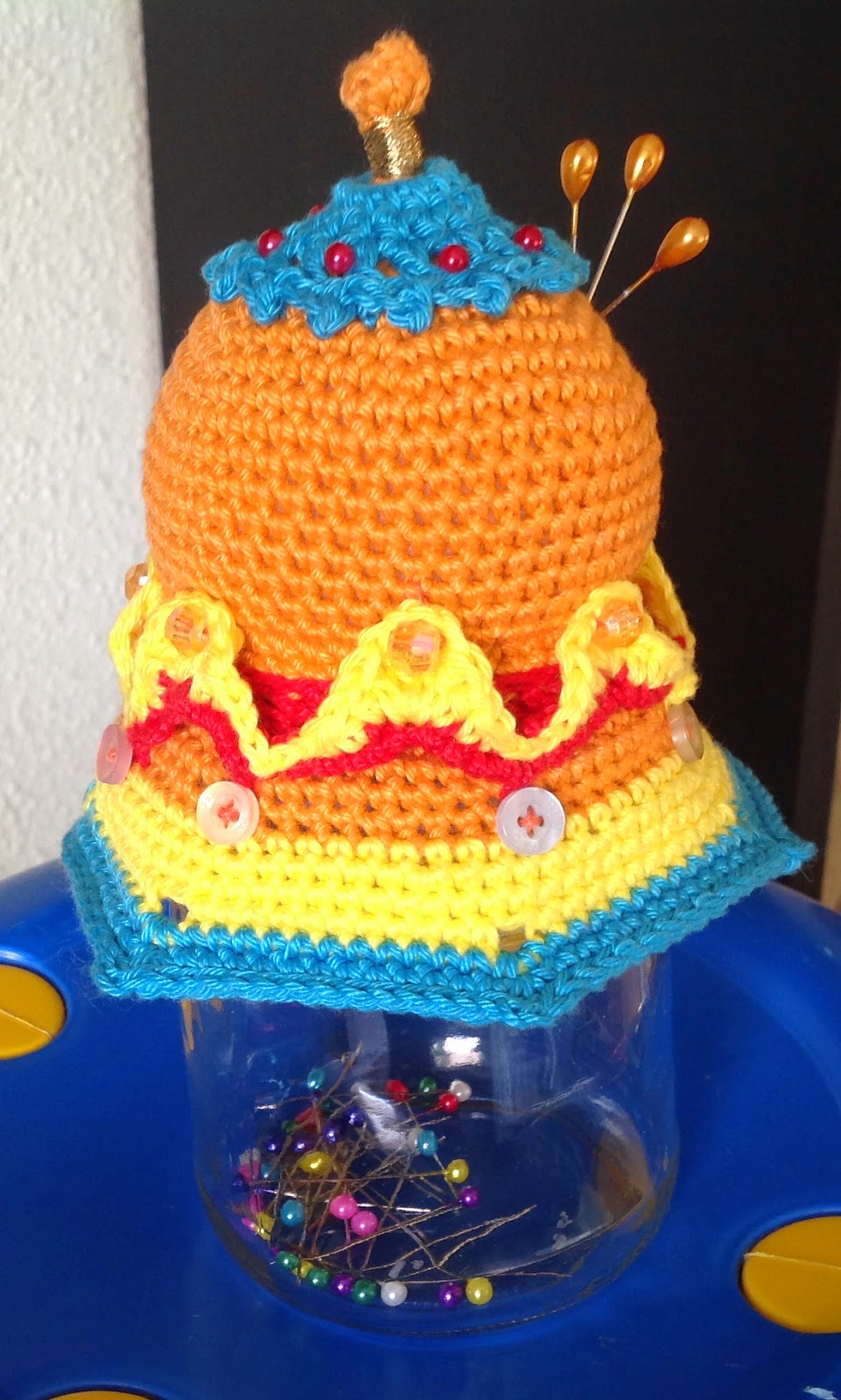 I call it the Agra pincushion jar cover.    She said she liked it but I got the impression she thinks I'm a bit weird!  It may be weird but that is what came out of me or rather what was transmitted from my thoughts to my crochet hook!

Welcome to my new followers. I would really love to visit your blogs too could you send me the link please because I cannot see it on your profile on the Google friend Connect widget. I have tried to connect to some of you by email but I'm afraid  I can't because it indicates a no-reply email address

My giveaway is still on the go and you are welcome to participate: 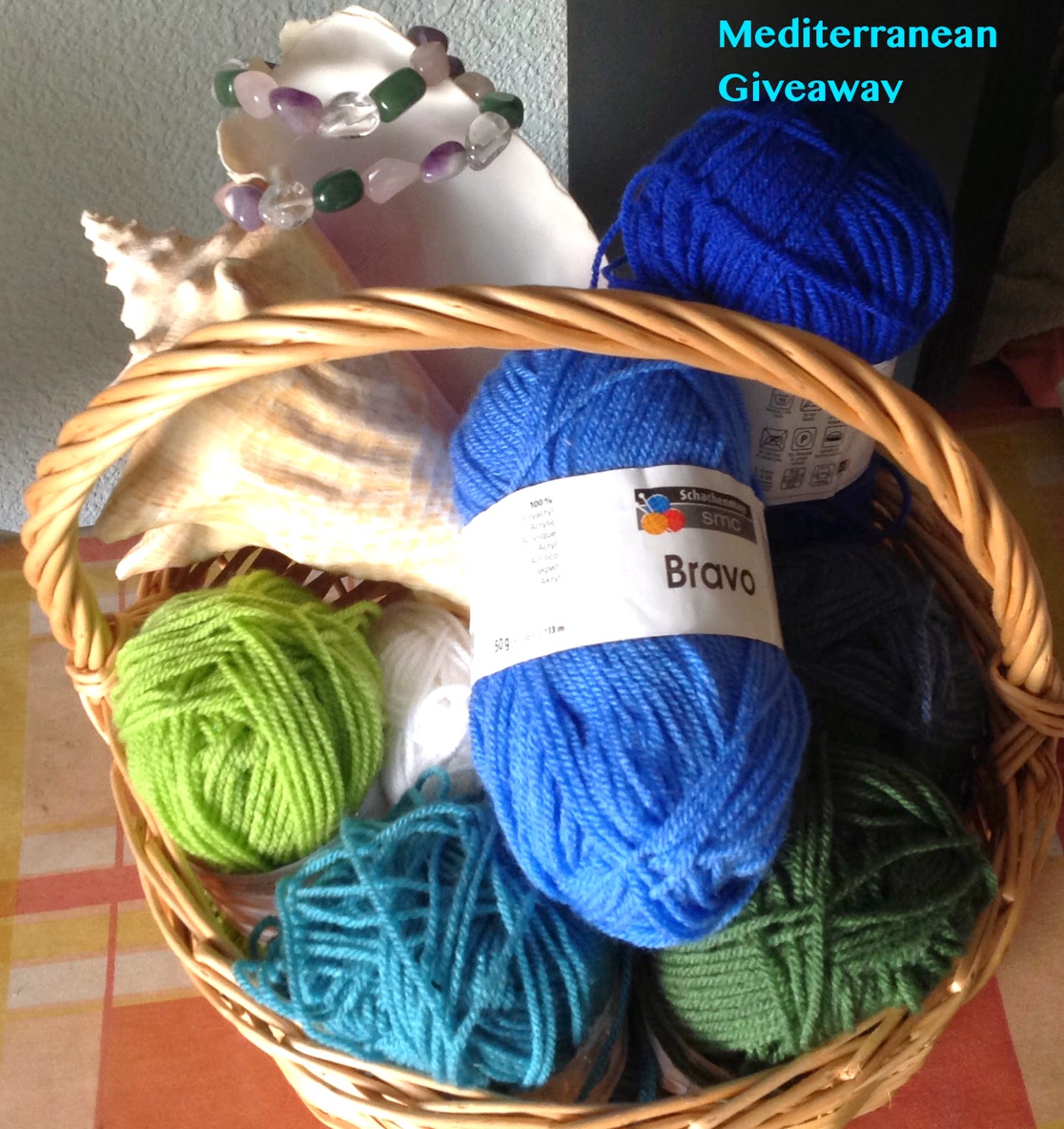