Posting a little earlier this week!   I have finally finished my Mandala mirror and I really wanted you to see it............ 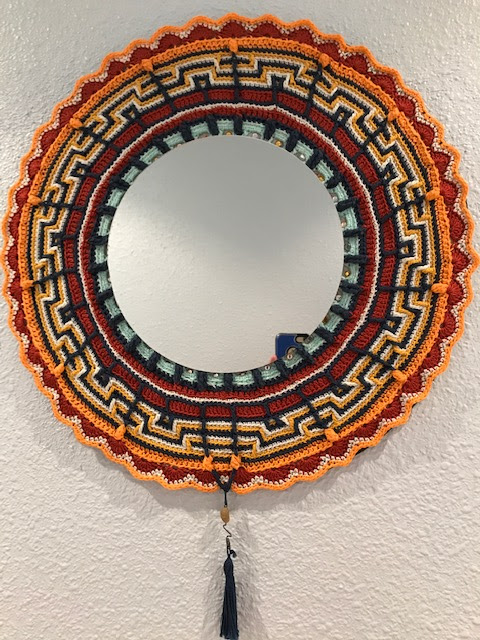 As mentioned in my last post we have had the living room and the hallways painted in our apartment so I had all photographs and pictures taken down. The second corridor leading to the bedrooms is long and narrow and I have never liked the look of the pictures or the photographs I had there in that corridor. At one time I had a wall clock but I smacked into it one night in the dark on my way to bed.                  Sooooo Bye! Bye! wall clock . 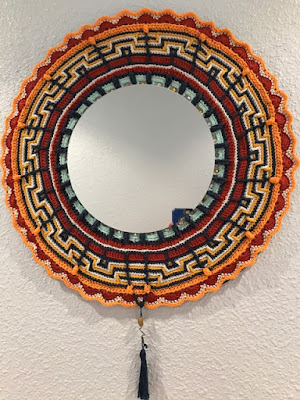 I had been chewing over what I could put on that wall for a very long time! 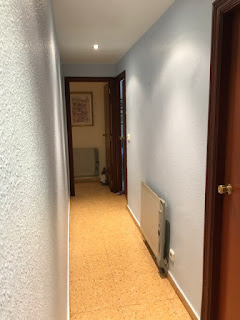 It had to be something vivid that would stand out and also something that would give a sense of more light in that corridor. I was thinking of a vintage mirror and I have been looking but I still haven't found anything I like.

About a year ago I found this propped up against the dustbin. 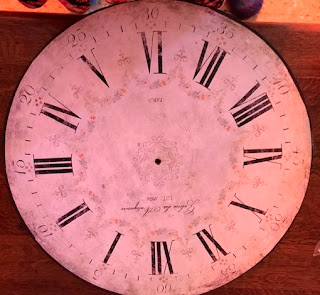 An old clock;the hands and the mechanism had gone but the board was in good shape, albeit a bit grubby but soap and water spruced it up. I propped it up in corner of my study/craft room thinking I could do something with it at some time in the future.  That sometime in the future was six weeks ago when I had just finished one of my suncatcher mandalas. It was then when I decided to cover this board with a crocheted Mandala and put it in the corridor on its own.

I had got to the half way stage when I sat back and looked at it  ...... and that yearning for a mirror was still in my head!! 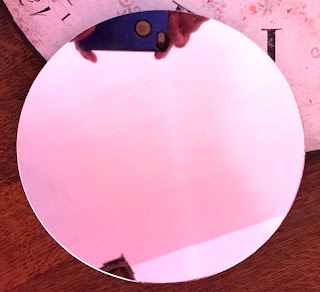 So I bought a cheap mirror.

Sr P managed to get rid of the cheap plastic frame around the mirror and as you can see the mirror fitted perfectly in the middle of the mandala. 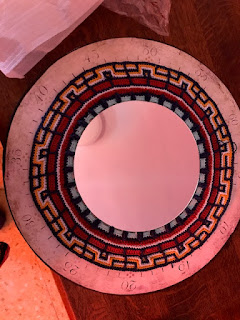 📱I apologise for the quality of these photos but the sun was reflecting off the window awnings and as they are orange canvas my mobile managed to pick up a peculiar coloured background to the photo. 📱 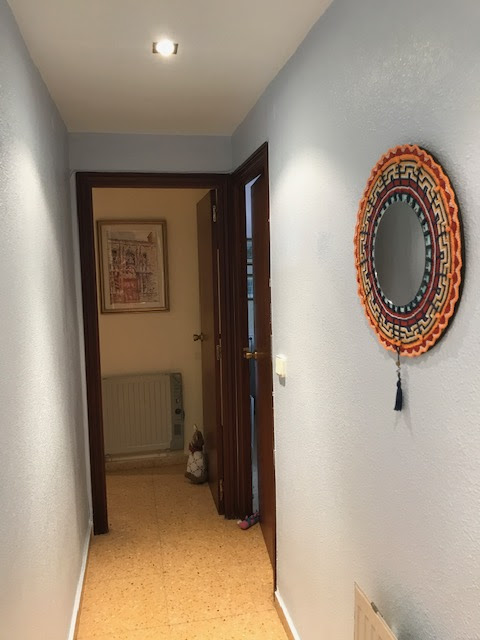 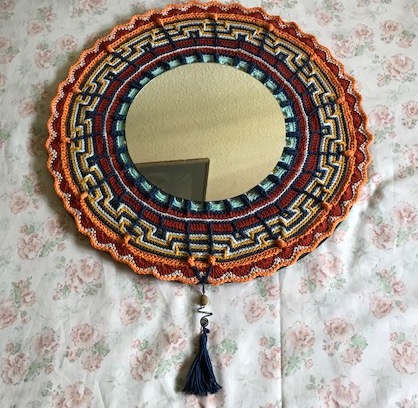 I did not use a pattern this is free-form. I used stitches that I have used for my mandala suncatchers in the past and combined them together.   I used up lots of bits of Anchor Creative style cotton that I had in my stash which makes it a stash buster too. What did it cost me then?   Time and 2:00€....I feel quite smug about that 😊!

I am really pleased with the end result although perhaps I shouldn't say so myself but .....shouldn't we look within in ourselves for recognition before begging from others. Surely that is character building!!   OK!!..... I digress as usual so less of the philosophical tone in this post.

Do you think I should add a couple more tassels? 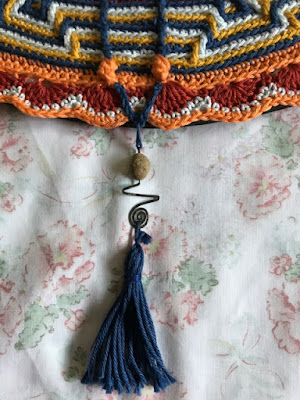