Down that way and turn left

Having received so many encouraging comments on my previous post it has moved me to stop procrastinating about having to walk for exercise and to get on with it!!

from here where I live 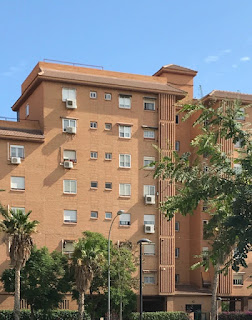 Day 1.  As soon as I finished my online class last Saturday I got my walking gear on and my old college back pack with supplies and my mask (of course) and I was out of that door in a flash. It was such a beautiful day....my legs and thoughts were saying...freedom...go baby go. So it was a brisk start but I did stop here and there to take photos along the way.

I found I took with out thinking the usual route down towards the city centre, it was as if I was going to work. Although it felt a little strange it was nice to be able to stop leisurely and take photos of some of the gardens in the residential complexes in this neighbourhood: 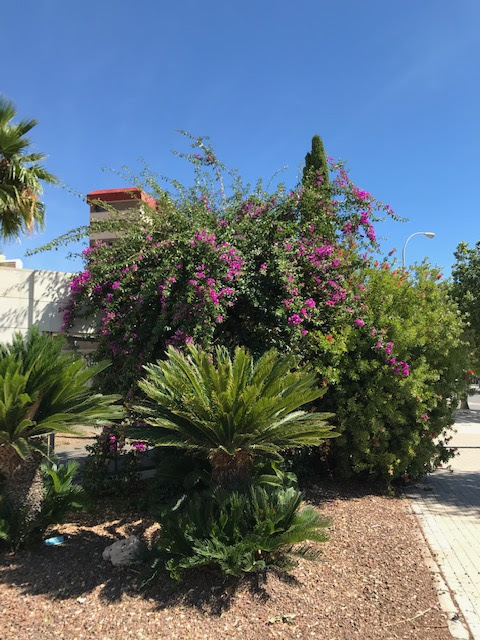 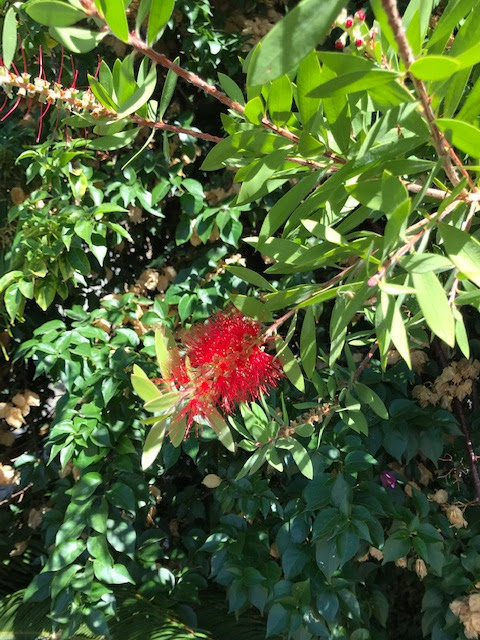 I am not very knowledgeable about plants so I cannot tell you the name of this flower. It was a very bright red but it was more like a wispy feather than a flower.

There were very few people around. Nevertheless, I could hear cheers and people shouting further on down the avenue. This sounded like a football match was underway and that could only be in the Juvenile football club. I took this photo because usually you cannot see the spectators as they would be in the club itself watching the match. Due to C19 no spectators are allowed! I rather liked to see that the parents or family members were still determined to be there to cheer on and encourage their boys who were playing in the match,even though the spectators had to stand back behind the wired fence that encloses the club grounds.

I continued walking down to the centre and there still weren't many people about,which actually suits me fine. I went past what is now the Palace of Justice which wasn't worth taking photos of as it looks quite a mess as they are still restoring (they have been at it for years) it. This old building used to be Benalua Prison. I remember the old building it was very gloomy indeed although the last time it was used as a prison was during the Spanish Civil War. 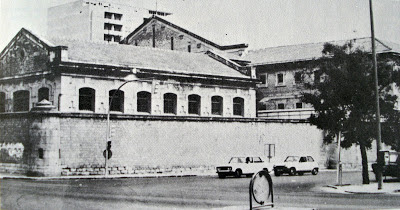 As I got  nearer to the centre I hesitated and decided to turn back as there were just too many people rushing around.   I took another route back past the Cuartel (the old Army barracks) which is now a car park and cut through the Chalet del Ingeniero Park(The Engineers House Park).  It is a lovely relatively new park which was built on the grounds that housed the old Ministry of Public Works. I remember there was a huge wall all the way around this plot of land and a very large wooden gate which was always padlocked.  When they started to demolish the wall it caused quite a sensation with the people in the area as it was discovered that there were these beautiful gardens, albeit rather wild and unkept, behind those stone walls.  Now it is a large public park and holds a public indoor swimming pool. I took two snapshots of the old trees that are still there and some rather pretty hibiscus but I plan to go back because it is worth seeing the rest of this park. 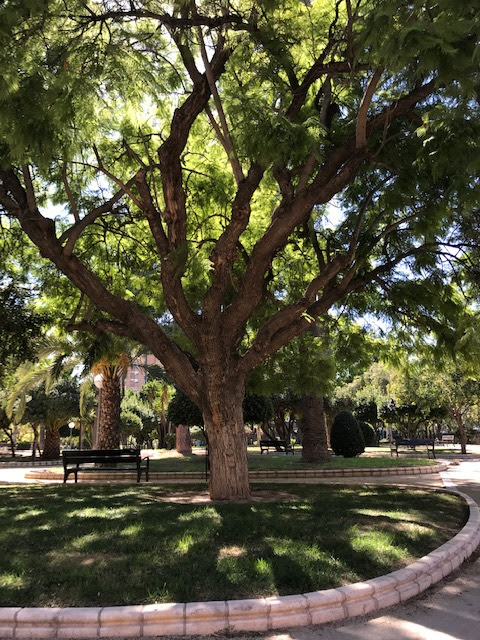 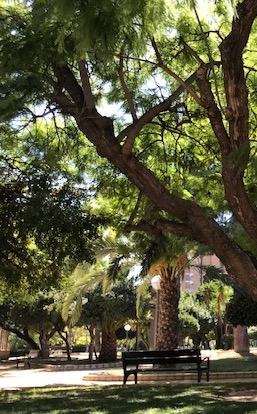 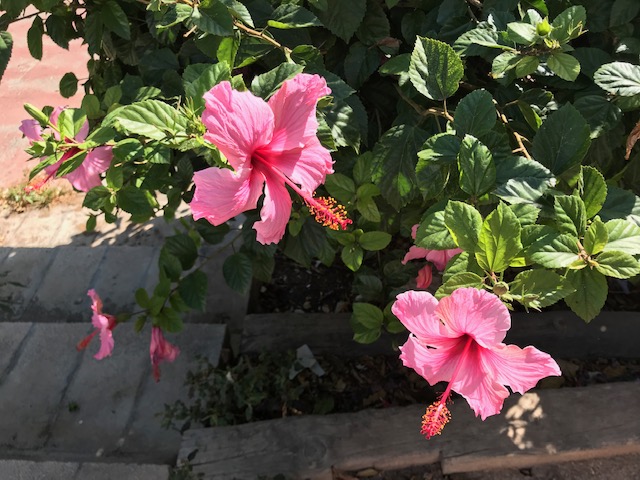 I am happy to say I managed to do 6020 steps according to my steps  counter and I also found a neat webpage where I could convert the steps into kilometres.. in a jiffy....here!

I didn't think 4,5 kilometres was too bad for my first day. I must admit I was a bit tired though!!

I started this scarf (bit small for a shawl) approx a year ago.

I so heart this worsted yarn Katia Polaris...soft,shiny and silky and strong multi-colours. I'd definitely use it again!  The free pattern is Lost in Time designed by Johanna Lindahl. Beautiful pattern; the yarn really makes the variation of stitches stand out. Why did I take so long to finish it?  A few hiccups! As I said it is a beautiful pattern but there were a few intricate parts to it which I just didn't get the hang of so I had to frog it a couple of times! Once I had that sorted I found I had miscalculated the amount of yarn and had to order again during lockdown and they didn't have it in stock so I had to wait for it. 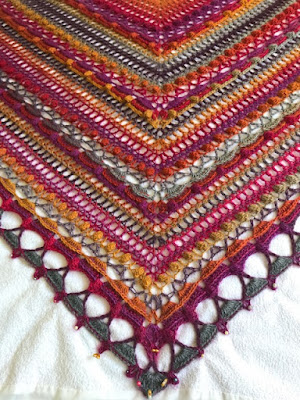 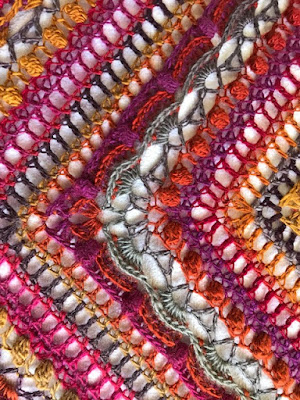 Welcome to Crafty in the Med my personal blog where I share my love of craft, particularly crochet and anecdotes from my daily happenings living here in Alicante,Spain.  Please feel free to comment and could you send me a link to your blog please.😊😊😊

The weekend is nearly here!! Have a good time!!