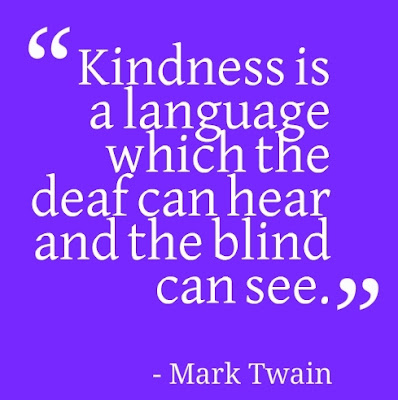 As many of you already know I belong to a facebook worldwide group called Random Act of Crochet Kindness or RAOCK as it is known. Please follow the link if you wish to know more about it.

Mainly we use crochet skills ,knitting or any other craft to make small items and leave them out as a gift for anyone to pick up. The idea is to spread happiness even if it is just a tiny smile or a happy moment. Originally it was just small flowers but now with over 17,200 followers (RAOCK angels as I call them) it has developed into any crafted item you spontaneous like to make and gift to others. 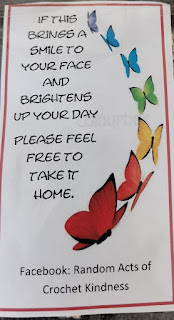 These are some of the type of tags that usually accompany the RAOCK when dropped off. 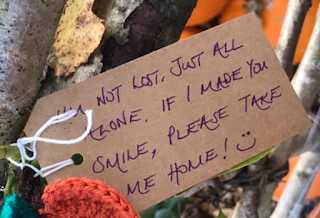 I make two kinds of RAOCKs the ones I spontaneously make and send to members of my family or friends. This is the winter hat I am doing at present for my great nephew who lives in the UK. 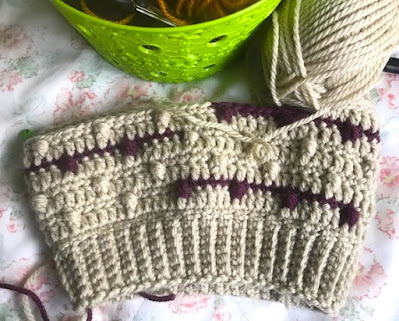 and then there are the RAOCKs which are dropped off anywhere for anyone to pick up.   In my case the latter I leave on a park bench,at a bus stop,hanging from a front door,in the railway station,in the social centre,in the post office and so on. Along came lockdown and I had to stop momentarily. When we were let out there were again impediments as people were understandably reluctant to pick anything up unknown from park benches or other places.  The big clean up campaign in Alicante city also made it rather risky as a RAOCK could easily disappear into a bin. A few weeks back and thinking that things had calmed down somewhat I thought I would share a RAOCK from my growing stash. I left it on a bench in our new park which is right in front of my residential complex. I could see the bench in question from my kitchen window...a few passer-bys were curious but they did not pick it up. A little girl came joyfully hopping along in front of her mother and she spotted it and picked it up and turned to her mother obviously to show her what she had found. I couldn't hear of course what was being said but the mother's descriptive body language told me she was telling her little one off and not to touch it but to immediately return it to the bench!! The poor little girl was in tears as they walked away. I felt so bad seeing this.. that my RAOCK which had been made to please, to make someone smile had produced such rejection,such  a negative reaction. Understandably I went straight out and picked it up from the bench,put it back in my RAOCK stash and I haven't dropped any of them off since.   This recent experience which really left me a little upset and also hesitate about how I could continue sharing my RAOCKs.                                  I am open to any suggestions!.

At present I plan to add two flowers with tags to the parcel that I shall be sending with the winter hats I have crocheted for my 18 month year old great nephew Kaylan in  the UK!  I shall ask my niece if Kaylan's two sisters could give the RAOCK flowers to their teachers.

I thought I would share with you these two photos that my niece has sent me of the blankets I made for each great niece and nephew before they were born. Looks like the blankets are weathering well: 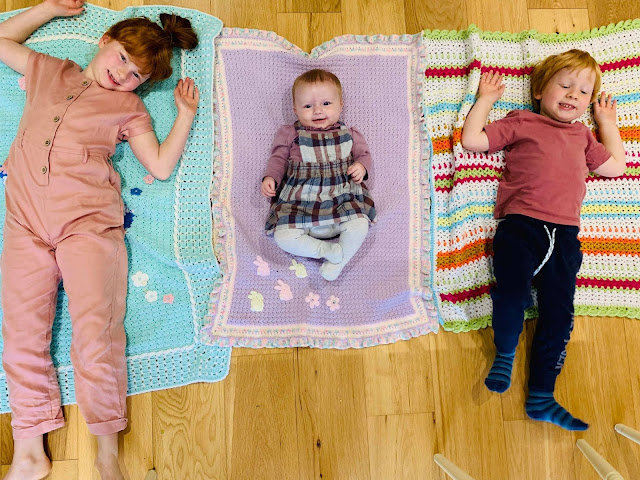 My daughter has caught the makeover train..at present she is focussing on plant pots and framing.

This is one of her very first makeovers; converting an old lantern into a flower pot.  Her mini rose bush wasn't doing very well in fact it was very poorly so she thought that re-potting it would do the trick.
All this was during lockdown so she couldn't buy a new pot. She had this old lantern that she was going to throw out and she had seen online that you can use a plastic bag for planting. She therefore cleaned the lantern up followed the instructions online and filled a strong plastic bag with soil and transferred poor wilting mini rose bush to the lantern and put it out on her balcony. 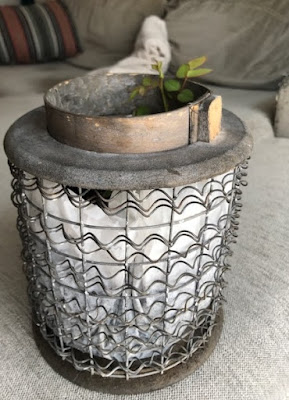 Then there was another green leaf and another sprouting up too!! 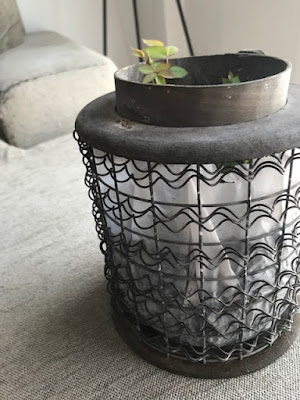 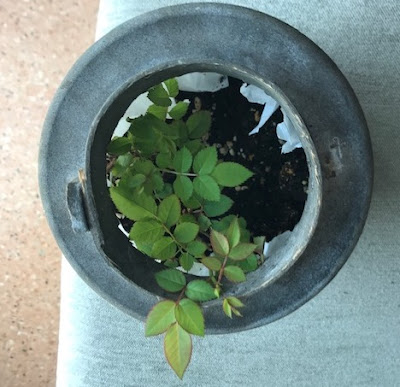 Now I have to convince her to start blogging !!

What's on the menu today for lunch?

It is definitely a soup day today as temperatures have dropped and it is pelting down! 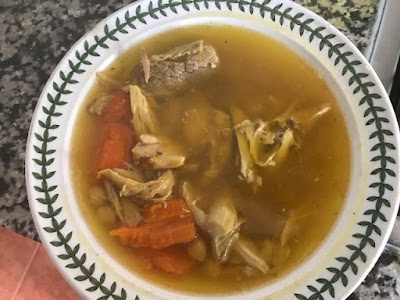 I would normally give you the recipe but this is my MIL's recipe and I have not got it written down and some of the ingredients I just don't know what they are called in English. I think the next time I make it I will spread out all the ingredients and take a photo to post here.   What I can tell you is after peeling,cleaning  and preparing all the ingredients you put all the ingredients in the Food Steamer, cover it all with water, add chicken stock, 3 bay leaves,some saffron and seasoning. 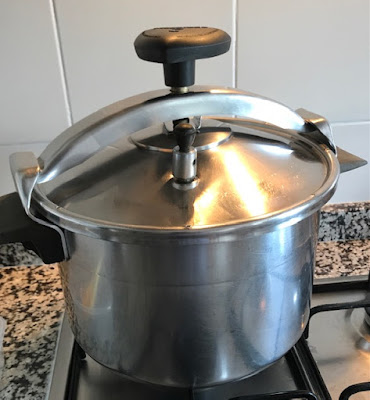 You wait until the little nozzle on the lid starts to wriggle and whistle (my food steamer is an oldie) and turn down the heat and leave it to cook for 20 minutes. I then remove the nozzle and allow the steam to escape and open the lid.I add the potatoes to the soup for 15 mins more and the pre-cooked chick peas I add to the soup the last 5 minutes.The soup is strained before serving.