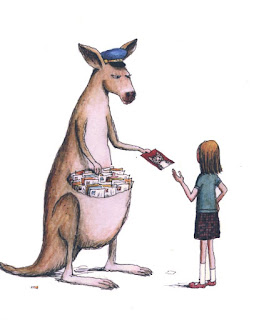 It is over 5 weeks since I sent my parcel to my niece in Australia , which I wrote about here. She still hasn't received it!  I just hope it isn't lost. I cannot recall any of the parcels I have sent in the past ever taking so long.

I am going to give it another week and then I will have to go back to the Post Office here and see what they can do about it... tch!

🔔🔔Whoopee! The parcel has arrived...that's about 6 weeks to get there but at least I don't have to worry now!! (added 25th March) ! 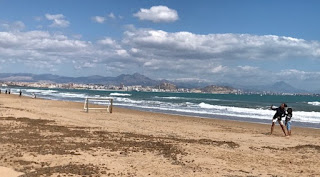 After a rainy,chilly and windy week with snow falling on the mountain peaks it cleared up  just right for our Sunday outing. The outing still wasn't up in the mountains as we had previously planned but instead we went for a walk along Urbanova beach 10 minutes drive outside of the city.

There was a chilly wind at the beach but the sun was shining and the skies were blue again and quite a few people were flying kites on the beach which was good to watch. 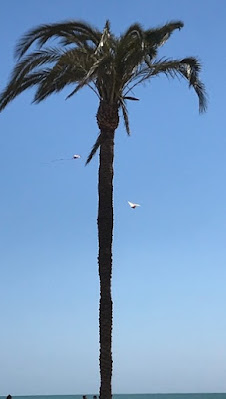 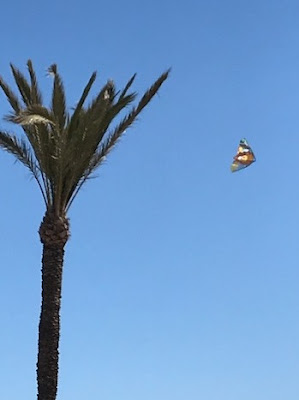 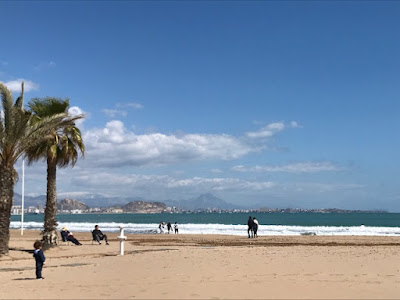 It was such a pleasant stroll along the promenade watching the children in the sand and youngsters playing ball or just sitting on a bench curled up reading a book.  I saw the police patrolling checking that people were wearing their masks and also wearing them correctly and not under their chins.There was a really pleasant ambience,people enjoying the walk and chatting with family members and children happily running around playing as children do. An enjoyable sight which impressed me because it was so normal and frankly it was just so good to feel the normality of it all. 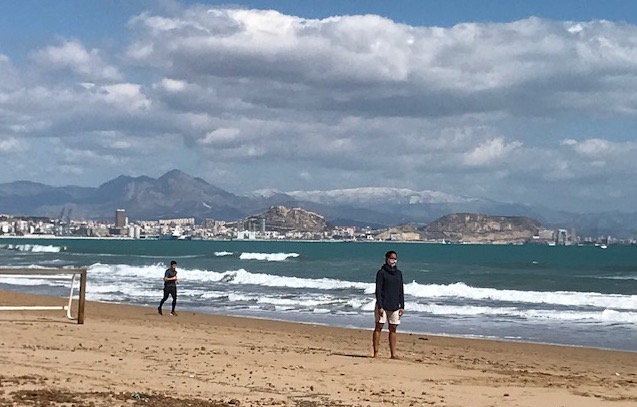 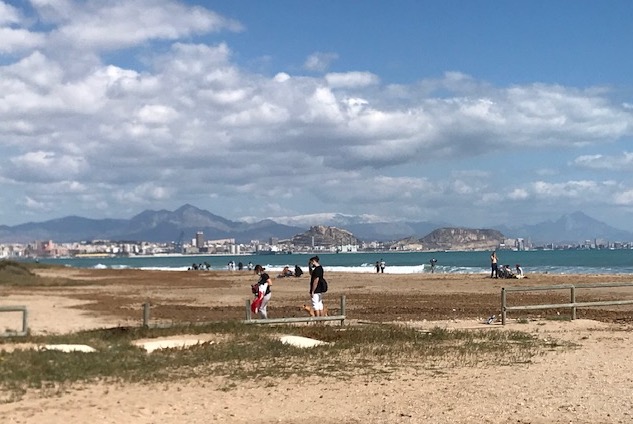 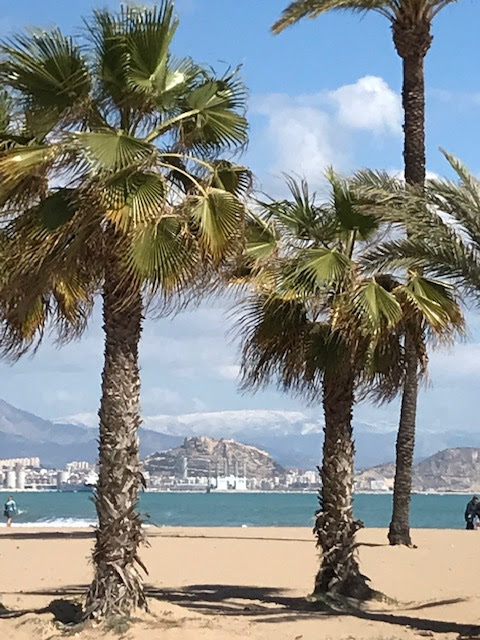 Can you see the snow on the mountain tops in the background?

Big Red Rose RAOCK , the size of my hand, all ready to go in my stash to be left out this week.

. Such a shame the camera hasn't picked up the little sparkly red gems I left under some petals. 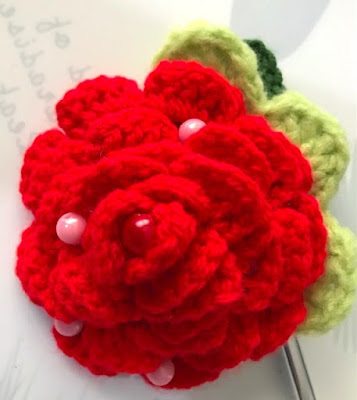 RAOCKs are great for using up bits of yarn.  Hook  4, Mixed yarn, No Pattern

My sister sent me this book last week from the UK. 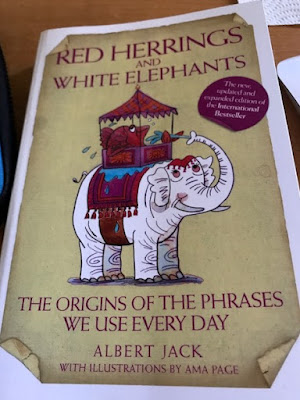 She knows how much I like to find out the origin of idioms.  The English language is packed full of popular phrases and sayings(idioms) that we use frequently in our daily life. I often find myself wondering where certain phrases or expressions come from. I am finding this book is clarifying for me that question I constantly ask myself.

Let me just give you an example I found out about this curious idiom quite some time ago :

This actually originated from Navy jargon around about 16th century. When they referred to a cat in the Navy they were talking about a whip, a rather horrendous instrument called "cat' o nine tails" which was used to punish any unruly sailor.  The whip itself had nine long tails studded with spikes and to be able to strike the poor sailor in question ample space was required so they had to do so on the deck of the ship were there was plenty of space. Today we use this phrase when we want to indicate that a certain space is excessively small because there is no room to swing a cat.

Hope you are having a good week