There comes a time in one's blogging life when post inspiration is not very forthcoming.

Such is my case at present or as my old Aunty May would have said down on her farm in Somerset "I be stuck for words me luvver".

I am looking around for some inspiration not that I am lacking photos of places we have been too but it is getting a bit monotonous always talking about places we visit . You are going to think I live in a motorhome!

Give me a minute there and I'll come up with something that might be of interest!

Talking about Aunty May! She lived in her 17th century farmhouse in the wilds of West Somerset in a tiny hamlet called Langley Cross.

Here you have a few glimpses of Langley Cross and the entrance to what was Aunty May's farm. When Uncle Frank passed away she sold the farm and farmhouse to a doctor and moved to Taunton to be near her sister.  I do have a photo of the old farmhouse somewhere but at present I cannot locate it.  It doesn't look like that at all now!

Houses on the right of the first photo and that is about it. A hamlet indeed or perhaps even smaller than a hamlet! I don't recall being bored there at anytime we used to have plenty of fun (after our chores of course)  but then Aunty May also had ponies to ride. 🐴

The entrance to Aunty May's farm. This is a recent photo but it looks exactly the same as when I was a child. It was quite a long path to the farm and it was really creepy to walk down at night. I remember we always carried a torch with us because the street lights were non existent then.

Taunton, the nearest large town, was as far as Aunty May ever went. She never travelled any further than that and as for getting on a plane and going abroad that was unheard of. I have very fond memories of summer holidays there and helping on the farm. When I think of Aunty May I immediately visualise an image of her like so; hair bob cut ,clipped back , wearing her pinny and wellies, stick in hand and her collie walking beside her. She was a gruff, no nonsense person, full of advice and very down to earth.   Wonderful memories!

The Cuidad de la Luz (City of Light) film studios on the outskirts of Alicante have loaned out several of their Film Studio hangars to the local health authorities. As vaccination supplies have finally come through the authorities are using large venues like Football Stadiums, Trade Fair installations and in this case the Film Studios. These type of venues have the capacity to cope with the bustle of a very large amount of people coming and going as well as cars parking. The authorities are determined to make up for lost time and plan to vaccinate a massive amount of people in this way from now until September.

As we didn't know where the hangar that Sr P had to go to was we decided last Saturday to do a reconnaissance walkabout in that area beforehand... and found it. It really was just a question of following a large trail of people who had the same idea!

Sr P will have his second jab on 25th May.

As busy as my daughter is at present she has only taken over my sewing machine and is teaching herself and Cookie how to machine sew.

I am flabbergasted I assure you... this is something! 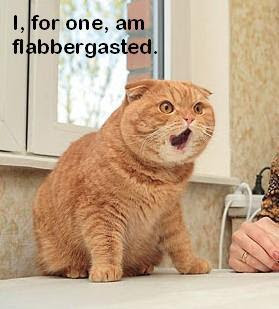 My daughter has always hated sewing anything, she doesn't even know how to sew a button!

My sewing machine which I posted about ages ago here was only gathering dust as I had fallen out of love with sewing,so I was quite happy for her to have it. 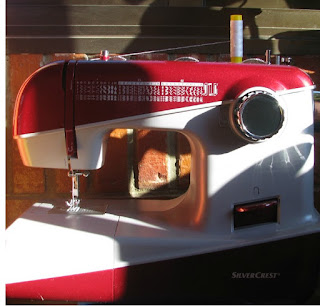 She has just finished making some bedroom curtains and also a cushion for me for Mother's Day. I am awaiting photos of her makes.

I tell you I am amazed... it is awesome!

I have nothing to show you!  I have just frogged what I was making ... it was totally wonky!  In fact I don't know what to crochet...yes I did say that!

I am trying very hard to get rid of some of my DK stash which I have had for ages. I am looking at it and nothing seems to inspire me. 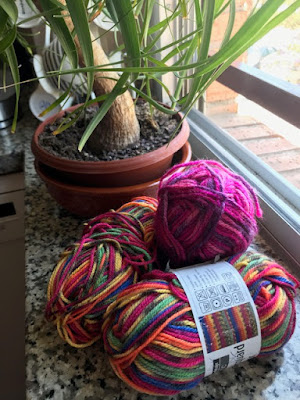