The first place that came to mind. 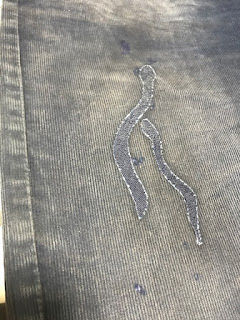 Sr P's old tatty but precious jeans... which I dare not chuck out!
He has been helping out at a friend's restaurant and somehow got bleach down the front of the left leg. They really need to go into a vat of dye but that just isn't worth the expensive as they are far too old. He won't buy a new pair though he likes his old faithfuls! That man does hate shopping for clothes.Therefore I turned to lazy darning once again and snakes were the only thing I could think of which would cover more or less the streaks left by the bleach.

As we had no plans to go to anywhere in particular for our last Sunday outing we went to the first place that came to mind (my mind)which was Busot up in the mountains. We hadn't been there for quite some time,years in fact.It is usually a bit cooler up there so I took a cardigan. I didn't need it! The photos will tell all!

BUSOT is approximately 19 kilometres from Alicante City. The name BUSOT means place in the Woods as Busot used to be situated in the middle of a massive pine forest. That,I imagine;must have been quite sometime ago though as there is not much of a forest there anymore ...more's the pity!   All the same it really is a lovely little town and the views are fabulous!  I also have to give it top marks for how clean and neat it is. Absolutely no litter at all. The streets and houses are so well looked after. You can see the people are proud of their little town. 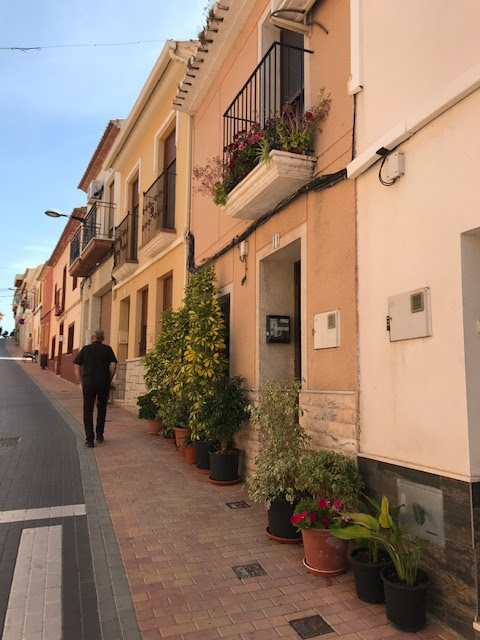 Can you see what I mean about it all being so tidy and so clean? 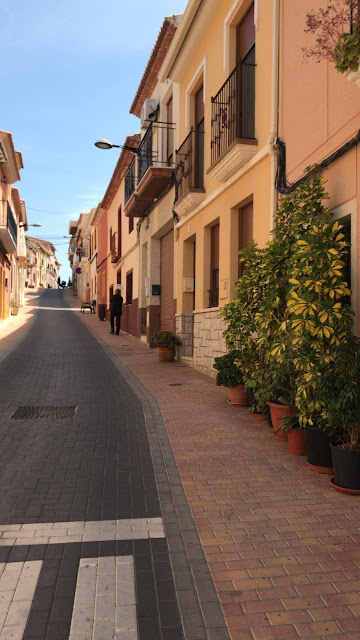 Looks like Sr P got his skates on again because you can see him way up there nearly at the top of the street.

At the top of that street we saw this sign and of course we had to go up there. 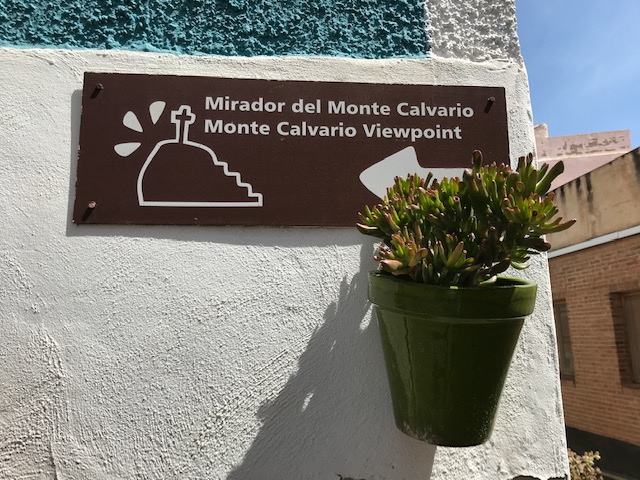 This is the reason I did not need a cardigan!

I was huffing and puffing well before we got to the viewpoint. The pathway was well dotted with pine trees...so at least some of them survived.

The view at the top took our breath away ... the climb up there too 🌞 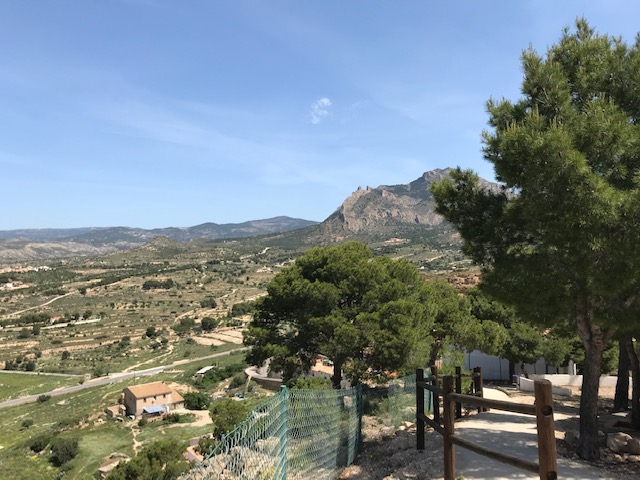 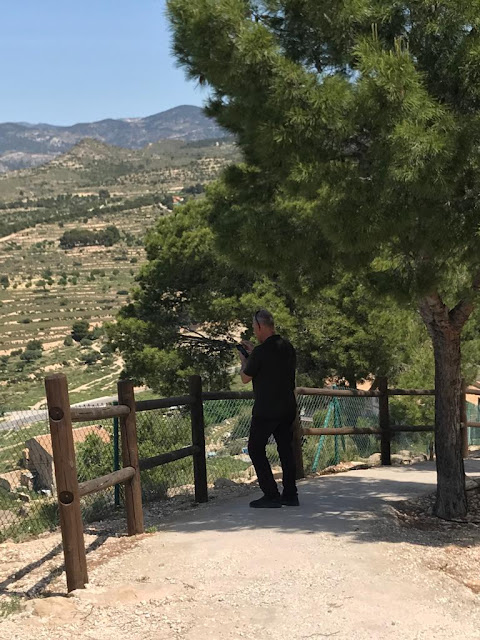 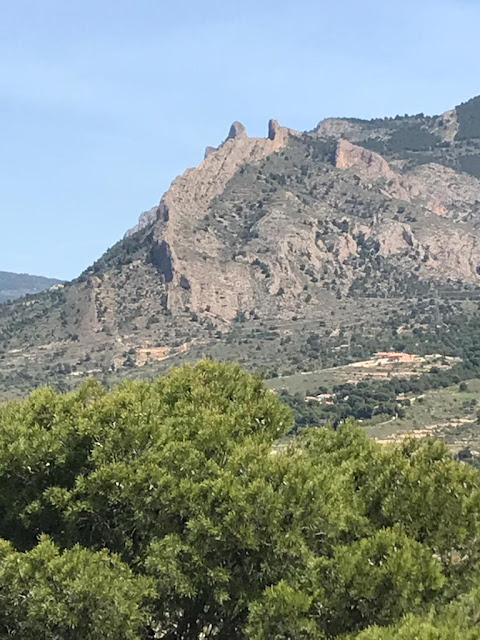 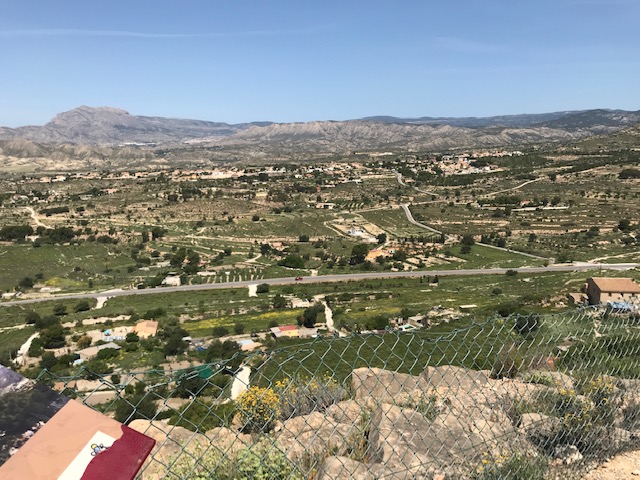 You can see for miles!
On our way back down. 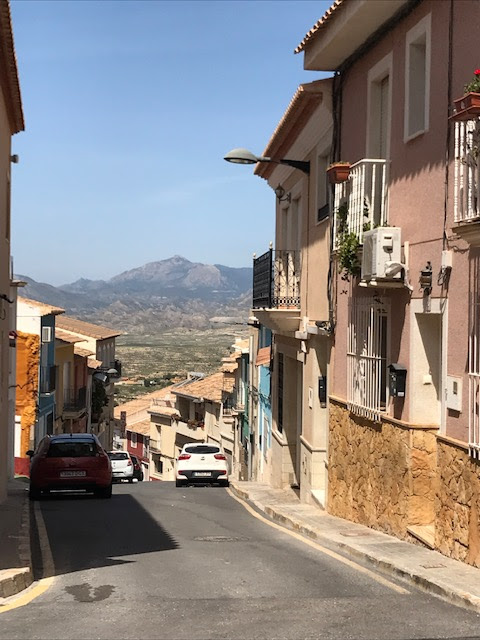 and there was a castle...the remains of one actually. 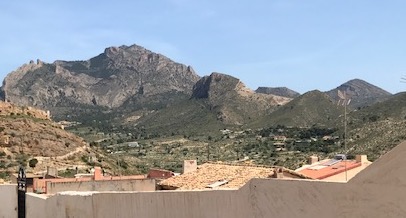 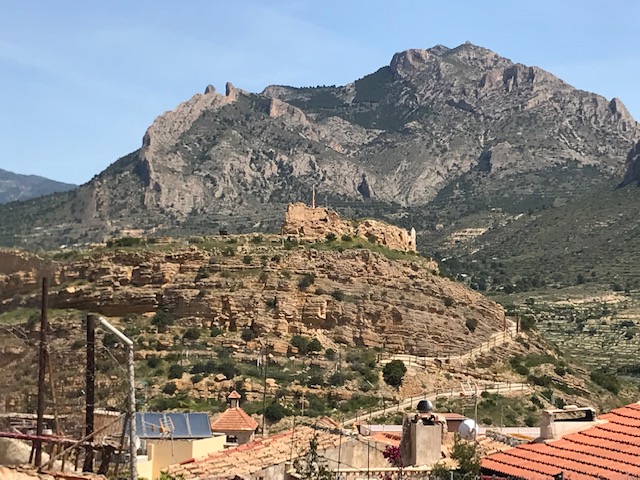 Well we weren't house hunting up here even though it is so beautiful and the view is sensational. Our goal is definitely to stick to the coast. We both are very much coastal creatures. Nevertheless it did briefly pass through my mind that I wouldn't mind living here in Busot.

It has taken one of my orchids months to show signs that it could produce buds and a few months more to finally see them bloom. 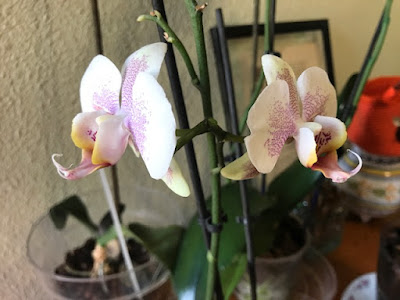 It was well worth the wait.

This one is for my sister's bedroom window in her new flat. 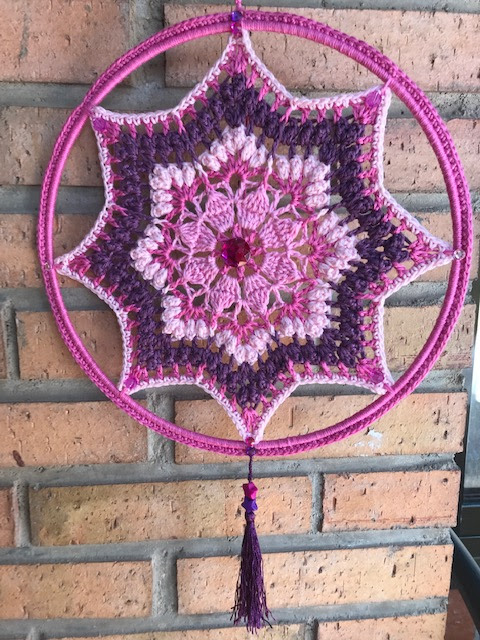 As is usual you can't see the sparkly bits in the photo but they should make it twinkle in the sun. 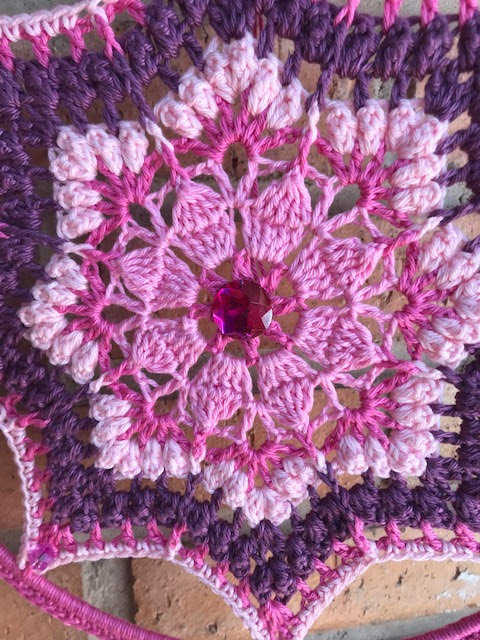 I was told to use various shades of pink and a touch of purple.  I think I have managed that.