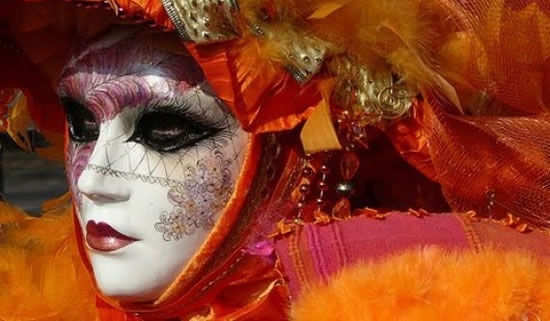 Fantasia is here in the streets, in the schools and in the sound of the exciting trill of people's voices as they talk about what they are going to dress up as,what group they belong to and where they are going to parade or what street party they are going to go to or what parade they are going to see in the city or in their home towns within the Alicantina province. Its a happy sound and in my opinion it seems to be saying we are celebrating the coming of spring we are pushing out the tough old winter and getting things ready to welcome the light ...the spring.
Carnival, a pre-Lent celebration is celebrated here in Spain much more than it used to be and is done so in most every city,and town. They can't compare with Rio de Janeiro of course that is the super production of all carnivals but they don't fall short where celebrating and enjoying carnivals are concerned. 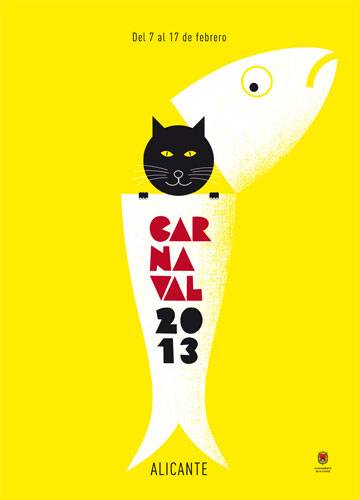 Its the last day of the carnival on Ash Wednesday and that is my favourite Carnival night because its when the burial of the sardine is celebrated ....  yes that's right ....a sardine.....funeral,wake and burial as well ,complete with mourners. 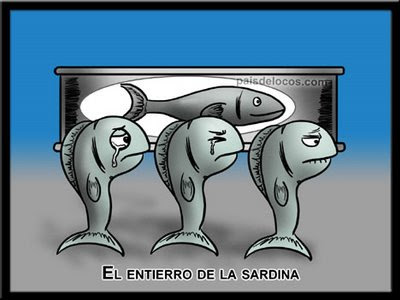 There is a massive burial parade where the sardine is paraded through the city centre surrounded by wailing pseudo old ladies dressed in black . 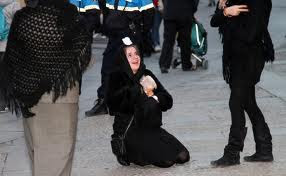 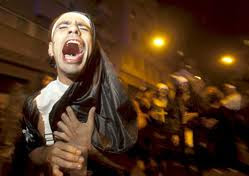 You see the sardine is the symbol of the carnival and its death announces the start of the traditional 40 day fasting period.
Its a crazy night, practically everyone is out  having a good time and it is also quite hilarious. Its a night to be enjoyed ,to smile,to laugh and be happy! 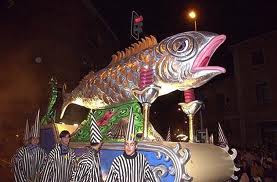 for those of you who would like to read more about this bizarre part of the carnival go here . There is also  a short video clip.


****************************************************
Now then I had a surprise at the beginning of the week as a parcel arrived for me all the way from Florida. Admittedly I was a bit mystified at who could be sending me a parcel from Florida! I had no swap on the go, nor could I be receiving a giveaway prize because I hadn't given my address out to anyone from there.
Aha! but when I opened the parcel and also the envelope that was enclosed and a slim cream card fell out with the image of a sheep on the front I knew straight away that it could only be Meredith at Mereknits ,one of the winners of my giveaway.
This is the lovely scarf she has sent me too as a thank you gift.
Here you have the scarf kindly modeled by Pooh Bear once again. 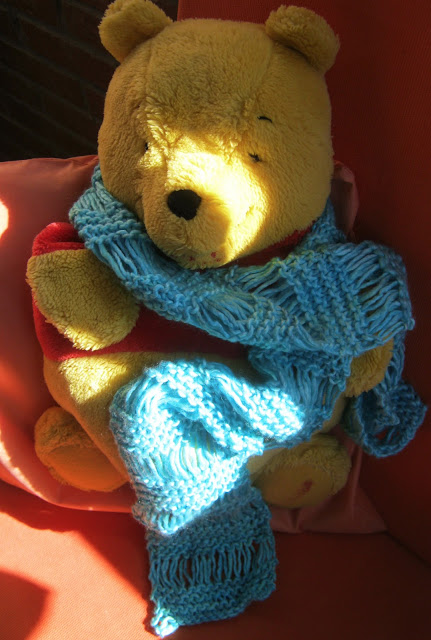 Thank you Meredith for such a lovely surprise. xx

Have a great weekend