I don't usually nor want to talk about my work on my blog being that it is my escape zone but this week a couple of things have occurred that have left me amazed .......totally amazed. 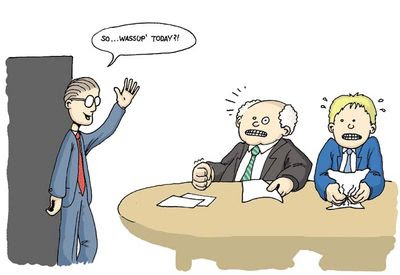 We are coming to the end of the academic year here and in this particular part of Spain due to the local festival week all schools,colleges and the university finish on 21st June and the new academic year starts the first week in September.  Therefore its a very busy time indeed with prep for in-school exams, for the Cambridge international examinations and for recruitment of new teaching staff for the next academic year in the language school my daughter runs.
I have been giving her a hand with the interviews. I did a lot of this in the past so I am familiar with the procedure and also know what type of teachers my daughter needs to recruit.

Perhaps I'm just plain old fashion and it's just not done anymore but....what happened to giving a good impression when you go for a job interview!!!

I admit to being a bit irritated when one of the interviewees indicated that under no circumstances could he put up with children ( actually his precise words were.... I can't stand the little B****s)  and another who stated that he would be taking his Christmas holidays as from 16th December and that was not negotiable,even though I had not even started to give him details about the position. Another, although not qualified was English from England so she said and therefore could understandably teach English and she could converse with the students in English and they could teach her Spanish .....sigh!! but....oh dear me MR Backpacker Surfer King was the limit!!

Lets see if  you can visualize this :
A tall sunburnt chap sauntering along into the school office,half-hardheartedly apologizing for being late to the interview because he couldn't find the school.  His attire or  what there was of it was a dirty sweaty T-shirt, Bermuda trunks and well worn flip-flops and a towel flung over his shoulder; nothing wrong with that ...on the beach!
I don't expect a suit and tie but a nice clean shirt and jeans can look quite nice for an interview.
I swear to you I had a terrible urge to poke my head out of the school door to see if he had left his surf board propped up against the wall outside.
I will be truthful and tell you I felt like sending him on his way but I did interview him and it was awful ....no experience,no qualifications (of any kind) and again obviously thought being a holder of a British passport automatically qualifies for teaching English as a second language,as well. The last straw was when he offered to draw my portrait as he was also an artist.....tch and tch!!!

I am going to give the world out there a little bit of advice........its no good thinking you can come to Spain during the summer months to work as an ESL teacher even if you are a qualified teacher. The majority of the language schools close during the summer months or have very very little work. The population decreases in the cities as many people move to their beach or mountain second homes away from the city. It is also the holiday season and people go on holiday and a lot of students go to English speaking countries on study visits to learn English anyhow. The only teaching jobs you can get in Spain in the summer are in the holiday camps. These jobs are few and far between and last for one month or six weeks.


After such a strenuous week and with a large dose of inspiration from the Yarn fairy ........ 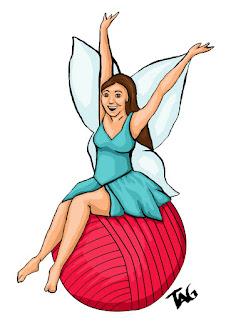 I was lucky to be able to find a little weeny bit of time to do some yarn shopping. 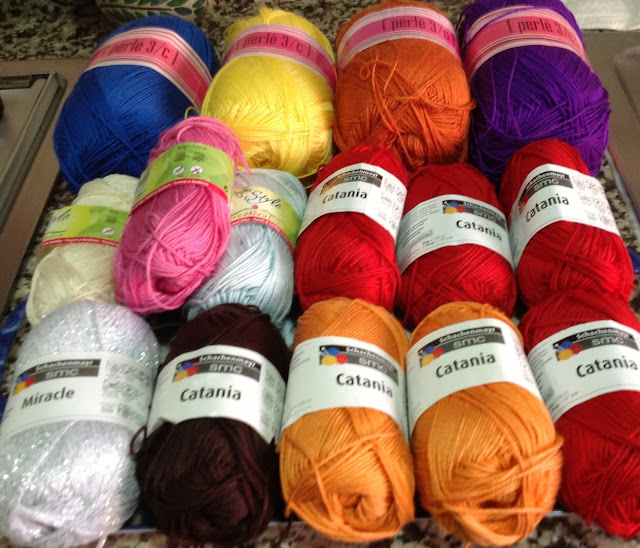 The four balls of yarn to the rear of the photo I bought at the local market. I've never tried this yarn before, its a Spanish brand,like cotton but a perle acrylic. What I do like is it comes in a 200grm ball. 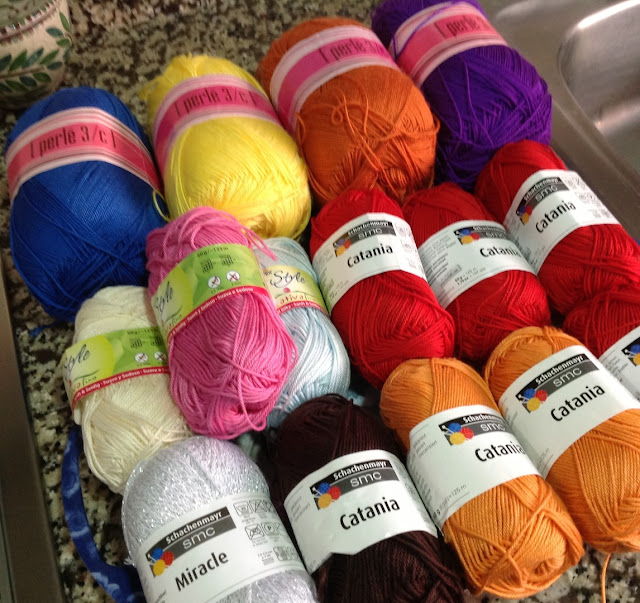 Welcome to my new followers!
Thank you so much for visiting my blog and please don't be shy I love to receive comments.