Last Sunday we went to the market in the seaside town of Campello. It is mostly a food and clothes market but they also have a few plant stalls. 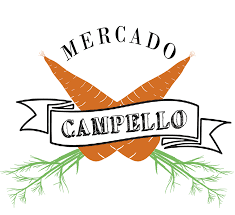 They have a large selection of veg there and I usually find what I can't find here in the city like these scrumptious Raf Marmande tomatoes... 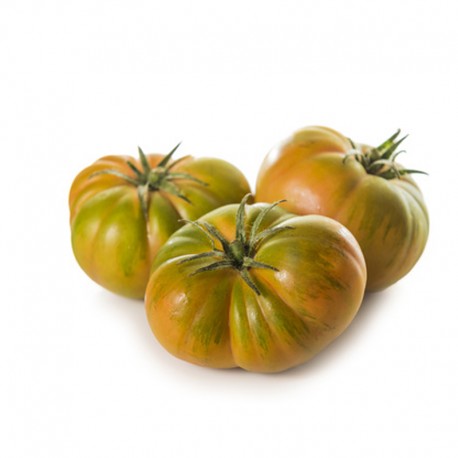 and snake cucumber which doesn't upset my stomach as much as the ordinary cucumber does. 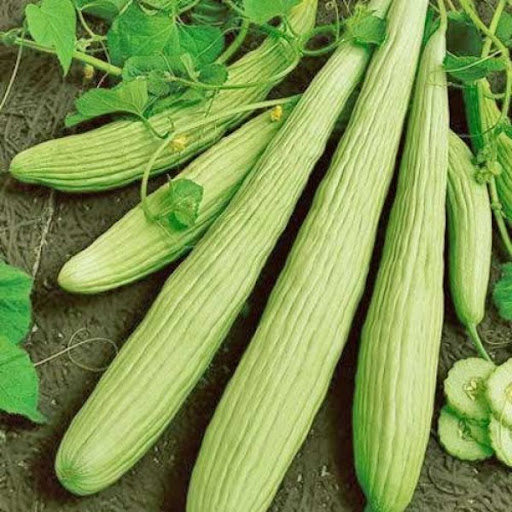 I of course made a beeline for the plant stalls and bought this plant which I have never heard of before, pretty easy that of course as I am a newbie gardener.

Here it is called the Crown of Christ because legend has it that the twisted thorny wreath from this plant was used to make the thorny crown worn by Jesus at the crucifixion. 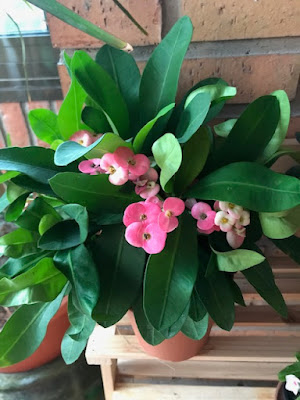 Google tells me this succulent originates from Madagascar and is called Euphorbia and flowers all years round. It is very heat tolerant and drought resistant...right up my street!    It likes about four hours of direct sunlight per day. It will get that here! 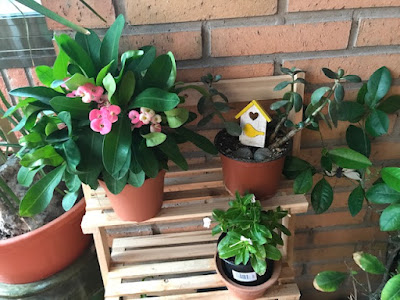 My RAOCK gnome is all ready to be dropped off to bring smiles to someone out there.  I don't much like his eyes he looks as if he is scared or he's a bit on the timid side perhaps so I have given him a sparkly piercing on his nose to brighten him up.

I used some oddments of worsted weight yarn so he is a bit bigger than I had anticipated,bigger than my hand in fact. I don't think he would do to hang on a Christmas tree as the size of him would topple the tree over; never mind he is a fun make after all. 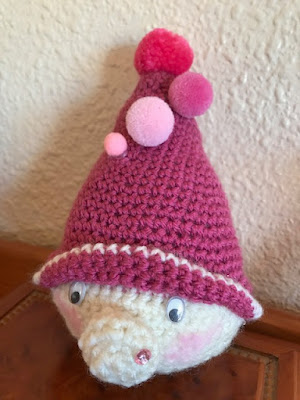 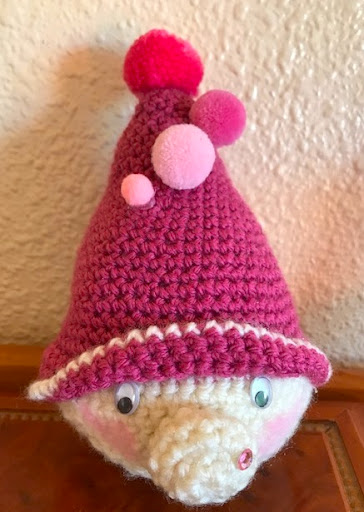 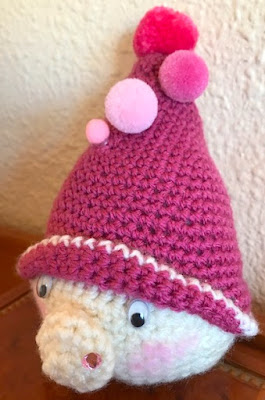 Our 12 year old car past its MOT in March this year with flying colours so we thought except for the usual check ups of oil,brake fluid,tyre pressure and lights everything was in good working order.

Nevertheless a fortnight or so ago our neighbour who is a policeman (Guardia Civil) gave us a tip off that police are issuing fines to drivers who do not have their car number plates in good order, in otherwise are old,battered and illegible. Fair enough we thought, so Sr P went and checked the car plates weren't bent at all or loose and gave them a good scrub and asked me what I thought. They looked fine to me and I could easily read the registration number and letters even from a distance.

Good job! Sr P did not argue with the police about it otherwise we would be paying a fine and new plates.

Putting it to use

I send out lots of crochet mostly to family and as I have mentioned before I really do like to see my crochet travel the world.  I also very much like to see that it is being used or displayed.

Awhile ago I sent this crocheted plant pot cover to my sister in Devon,UK.

She has just sent me this photo. 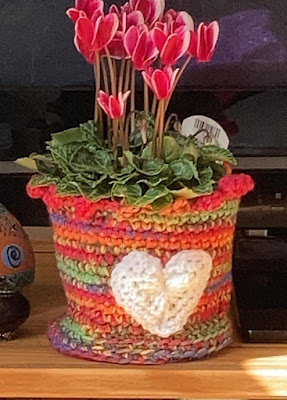 Love it and so glad it is put to use!