Why Door of Chains?

I have finally come across the answer and it is a bit out of the ordinary! 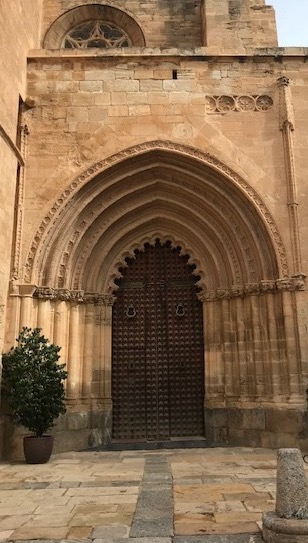 Do you remember this 14th Century Door, the Door of Chains.
I posted this photograph that I took of the main entrance into Orihuela Cathedral in a previous post here where I mentioned that I did not know why it was called the Door of Chains. I was going to leave it at that but as Spinning Streak left a comment about the door on my last post...

I felt compelled to clarify how that door got that name and so I did a little bit of research and found out the following:

It is well known that in the past there was a religious custom where fugitives could claim sanctuary within-side a church and no authority could come in and harm, arrest or remove the fugitive for punishment. However, this church went a little further than that and any wrongdoer who jumped the chains into that small area in front of the church door could claim sanctuary there too even though they weren't actually inside the church itself and so escape the civil jurisdiction of the authorities in Orihuela (Alicante) at that time.

There you go, hence the name "Door of Chains".😀🚪

A light at the end of the tunnel

Two weeks ago we went up to the Agost Mountains and enjoyed the sun, the scenery and the exercise.

A nice strenuous walk along the Maigmó Greenway trail again. This time we went further along and we still didn't get to the end of the trail. 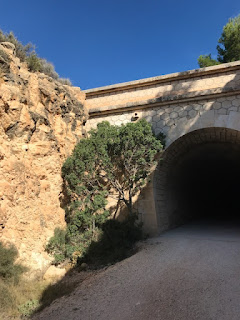 We started at the Tunnel which is not illuminated in fact it is pitch black in there and I forgot my little torch. This didn't bother Sr P of course as he has very good night vision.
You know, I have always wondered about Sr P's ability to see so well in the dark and his tendency to always feel much more comfortable in dark rooms. At least I know for sure he hasn't any creepy genes in his DNA as he really likes garlic in his meals!
Luckily I remembered my iPhone has a torch so that helped 🔦 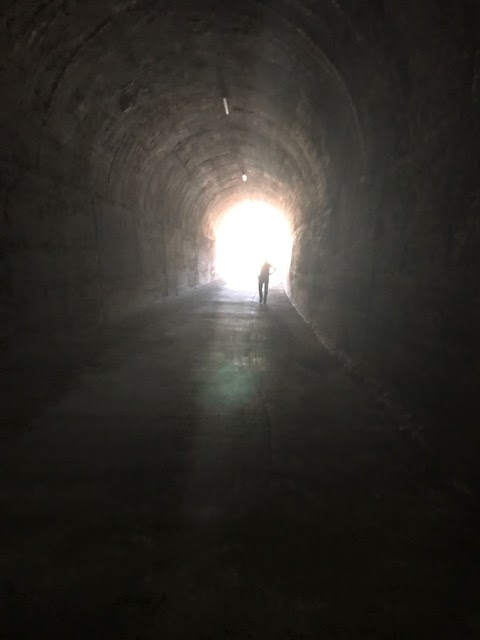 The light at the end of the tunnel! 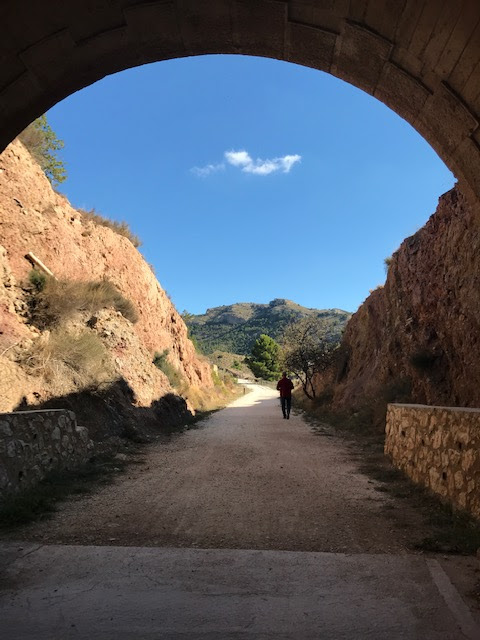 That beautiful blue sky hits you as you come out of that cool damp dark tunnel.
"Yes...I'm ok thank you Sr P... no need to wait for me... sigh!"

It was lovely walking in the sun, chatting and blowing those cobwebs away for roughly about an hour. We had gone past the last place along the trail we got to during our last walk there and it was so pleasant that we continued.
Low and behold what came up next but ... 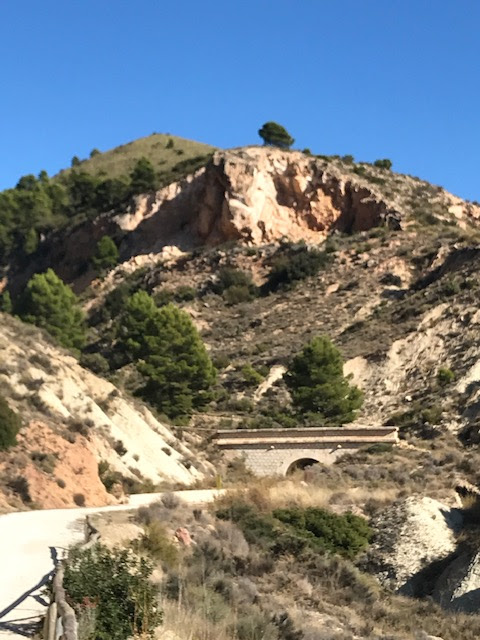 another tunnel so with my iPhone in hand we went through this one too.
We continued along the trail a little bit further but as it was near lunch time and we still had the return trek (+ two tunnels to go through) to get back to the car we turned around but marking the second tunnel in our minds to remember where we got to this time.
Little babe
One of my orchids has offspring.

I have just received the information from my sister over in Australia on how to remove the baby Orchid from the mother plant and transplant. She attends Orchid Growing classes so she asked her teacher for me.
You probably know this but I didn't. Baby Orchids are called Keikis from the Hawaiian word which means child.😊
Happy Blogging
Amanda :-)
Posted by Crafty in the Med at 12:25