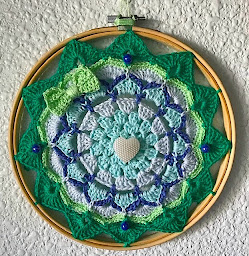 The temperature has finally dropped from the broiling, suffocating thirty to thirty-four celsius  to 27ºc-28ºc here in this area of Spain so I went for my first decent (as in 2 hrs) walk yesterday with daughter Nº 1. She lives in a small dormitory rural town called Torrellan, very near to Alicante city, in fact about 10 minutes away by car from our place.  Torrellano at first glance is just one long dusty road and buildings dotted around that one road. 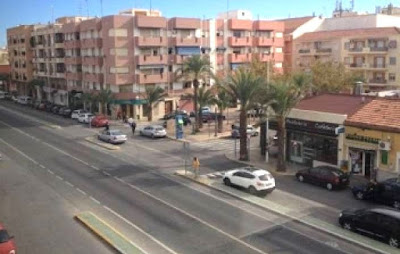 They say this little town sprung up there due to the Roman crossroads.  In the past it was mainly an agricultural town; many of the farms and outbuildings have been converted into villas,small holdings and small business.   At the beginning of the 90s a very large international industrial estate and the IFA International Trade Fairs Institute were built a few kilometers from this town.Torrellano became the most obvious place to open up hotels, restaurants and other services for a constant influx of international business visitors;it grew and has become quite a bustling little town.

However and getting back to our walk, the numerous country roads and tracks are still there around Torrellano.  As well as an old right of way footpath and some of the ancient droveways (via Pecuaria)that go around the town stretching out and linking up to the Arenales beaches. 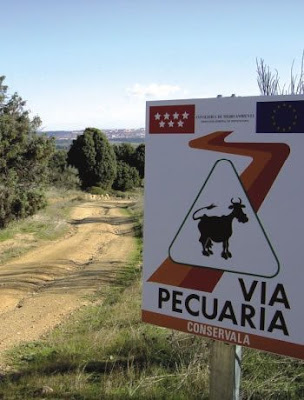 Fortunately my daughter lives right beside the start of one of these tracks and she frequently walks there in the mornings.

She said she was taking me to see the three horses.

It was nice and cool when we started out but nevertheless I knew Lorenzo (they call the sun Lorenzo in this part of Spain...no idea why...and I have asked!!) was going to be beaming down on us full blast before we finished the walk so I took my bottle of water and and a sunhat for protection. 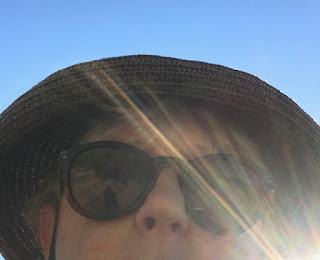 This selfie was taken accidentally in lieu of an olive tree that I thought I was photographing. 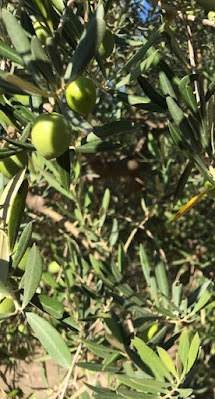 This is the original targeted olive tree.

Please remember this is the Mediterranean you do not get brilliant green, lush vegetation like at home in the UK, as you can see in the numerous wonderful images of the British countryside on the I live,I love,I craft ,I am me blog ......here you get dry,dusty terracotta and olive green vegetation which has its own beauty!!

Just walking and chatting ...catching up, it was tremendously relaxing!!

There were a few other people about walking their dogs or cycling;someone's dog came up to us. A beautiful big girl! I'd say possibly a cross between a Mastiff and a Labrador, pretty big and oldish she graciously ambled up to us to say hello and accepted a pat but we were mostly on our own throughout.    My daughter's first objective was to find a blackberry bush she said she had sighted the last time she was there.  I was keen to see that bush too as you do not often see blackberries in these parts. Images of yummy blackberry crumble were coming to mind as we concentrated on our search for the well hidden blackberry bush. We did not find it but we also had fun trying to identify the different plants and trees.

Why is it our children think we their mother or father are literally the Oracle...the Fountain of Universal knowledge???? 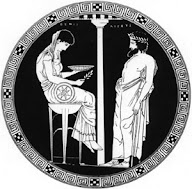 My daughter was asking me what was this plant ...that tree was and so on....on!!!!  .......blimey do I have botanist written all over me!!                   I actually recognized a few like the fig tree,the Carob,olive,rosemary bushes but there were lots more I didn't know!!  I have told her to take snapshots next time and we can google them to find out.

We went past fields of red peppers and on to the olive groves. 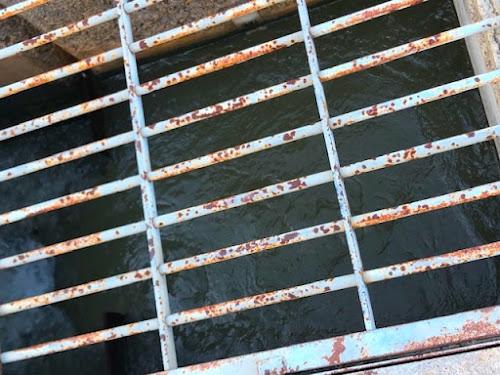 Unfortunately not...the cool cool water was totally out of our reach!!!

We got to the horses that my daughter wanted to show me which was good because I was keen to turn back as it was getting very hot and there was very little shade! The trek was worth it though as there were three beautiful white horses grazing in an orchard. They all came up to the railings and I tried to give them a horsey hello but the railings were too narrow to put my hand through. I was about to take a photo of them when surprisingly our doggie friend from earlier on distracted me as she came up to us again. We couldn't see anyone around but thinking she probably belonged to one of the villas further on and after another couple of pats we carried on and turned back down the track.  Our doggie friend followed us and for quite some way. 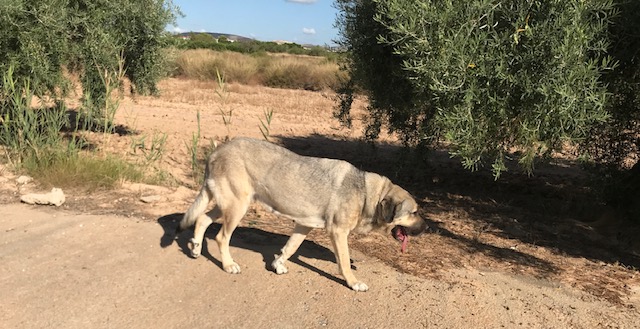 You know I have the feeling she wasn't lost and that she knew her way home she had just gone out for a walkabout.

As a delightful extra my daughter Nº1 had baked croissants earlier that morning so we sat down for tea and croissants at her place and chatted some more about our morning adventure. 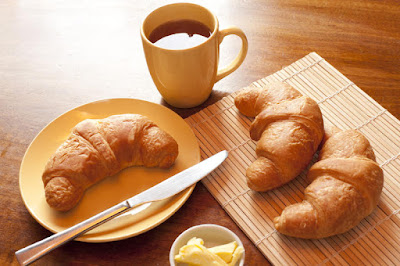 Another sun catcher which I made towards the end of June. Another Raock but I am sending it by post to the person I wish to give it too.

I shall not be leaving this on a park bench for someone to pick up! 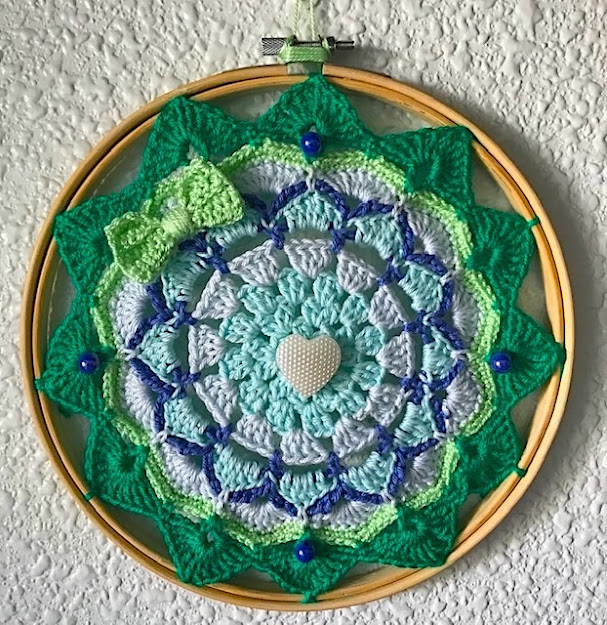