I need my Sundays

How true is that!!!! I need Sundays !
I could very easily continue working ....preparing material and lesson plans but I don't. Sunday mornings are for going out with Sr P ,perhaps just for a walk down the road,a quick trip up to the pottery village, a stroll on the beach or going somewhere we haven't been for awhile. 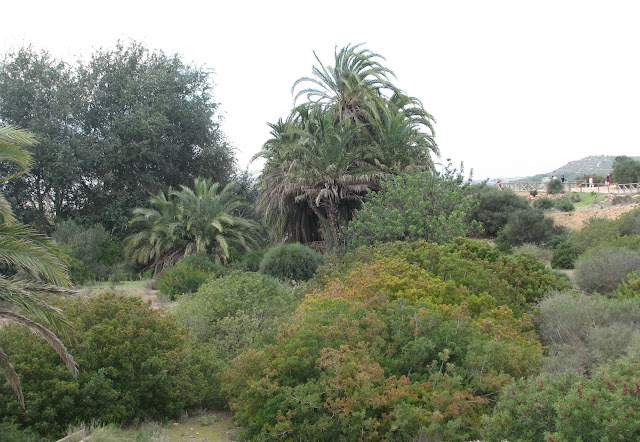 That is what we did this morning we went somewhere which we hadn't been to for awhile. Even though it looked a bit muggy this morning and it looked like rain we decided to visit the Clot de Galvany nature reserve which is about 20 minutes away from where we live right in front of the Carabasi dunes. Being a Sunday there were more people there than we like but still a very enjoyable walk.
Aren't we selfish!!!! However if there aren't too many people you get to see squirrels, bunnies and other animals that live there. 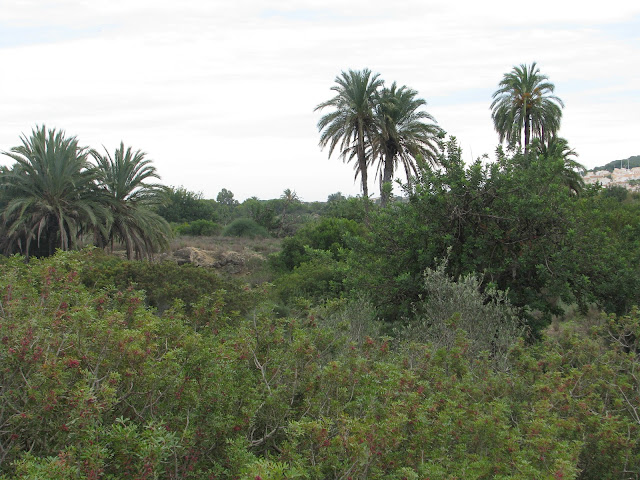 This little vale belonged to one person and when he died he donated it to the community...for some reason there was  a lot of dispute about this land and the Elche council wanted to build a housing estate on this land. I am horrified just to think about that!  However the residents of the area were totally against it and with the help of the Green party they won through. It is now a protected and  has become a World Heritage nature reserve.

I was delighted this morning to see that due to the wet weather mushrooms had appeared and also toadstools.  I had never eaten toadstools until I came to live in Alicante. I had always been taught by my Dad that toadstools were poisonous but since living here I've learnt there is an edible toadstool and its delicious.
It is in fact very nice ,it is grilled and served with a parsley and garlic sauce. Personally I would never make this dish myself as I just wouldn't be able to distinguish between poisonous toadstools or edible ones.I do know that the most colourful ones are the more poisonous ones so I imagine these I have taken photographs of found in the reserve this morning are poisonous....that yellow colour is just too bright. 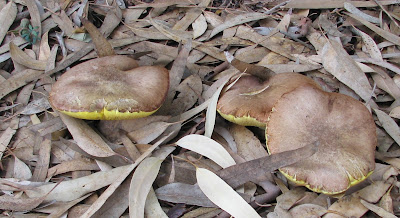 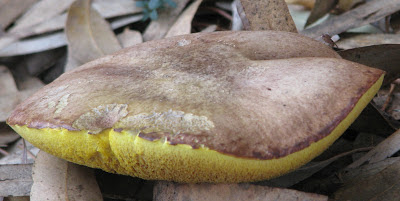 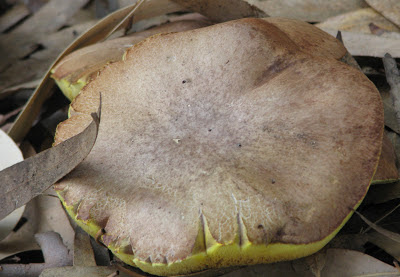 This vale is a treasure .... it is practically untouched and very particular care is taken to keep it like that .
The dates are left on the tree to ripen and are only picked by the birds who live there and then what is left is allowed to rot and fall to the ground,eaten by other wildlife or it fertilizes the ground. 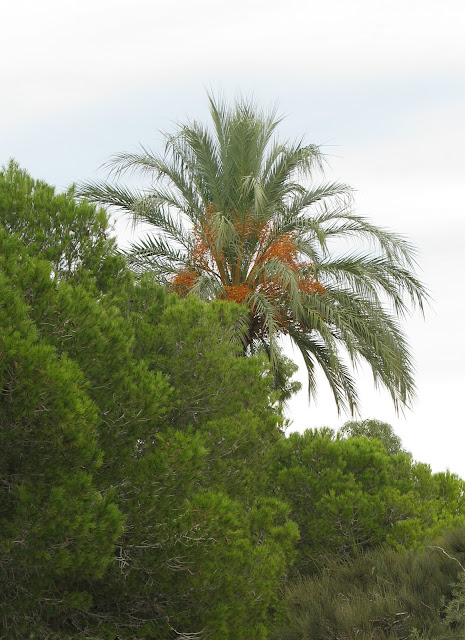 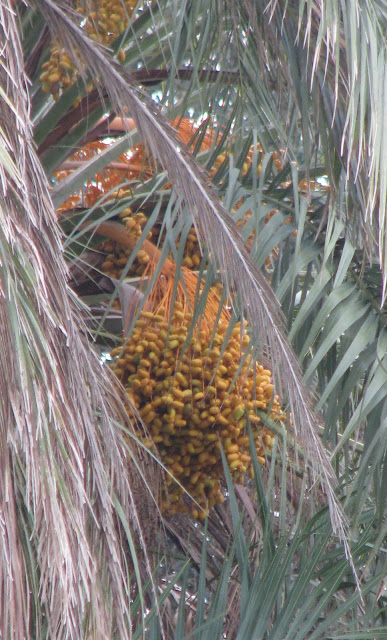 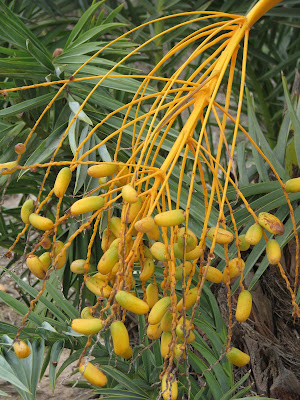 There are remains of when people invaded the vale and used it to defend the coastline....these Spanish Civil War piller boxes have been restored but have been allowed to be taken over by the vegetation. 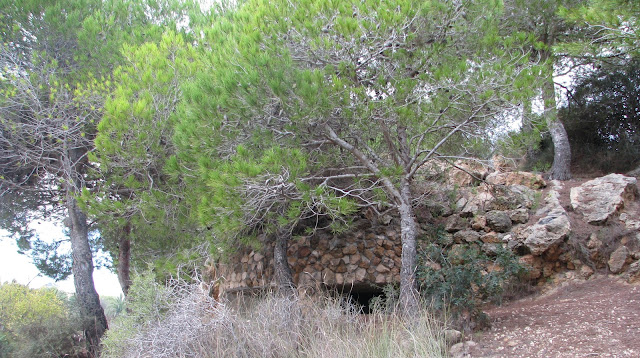 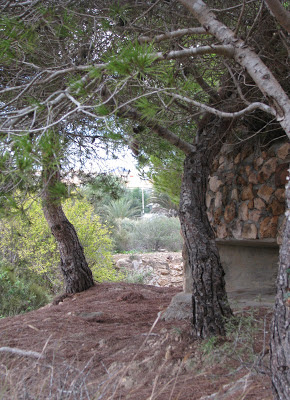 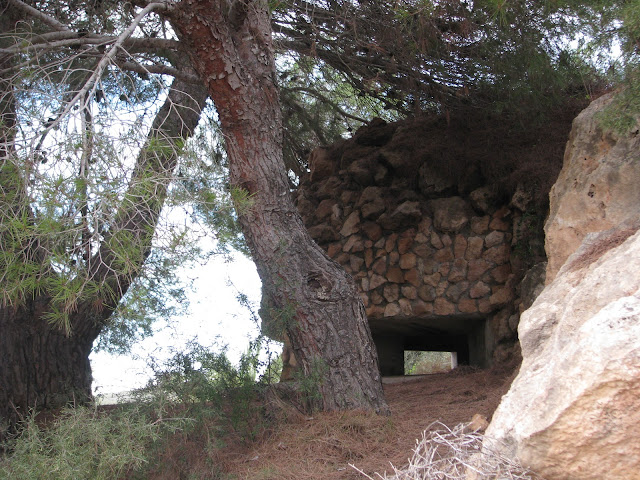 You cannot reach the marsh land except with a zoom as it is cordoned off by discreet wooden fences. All to protect the wild life. 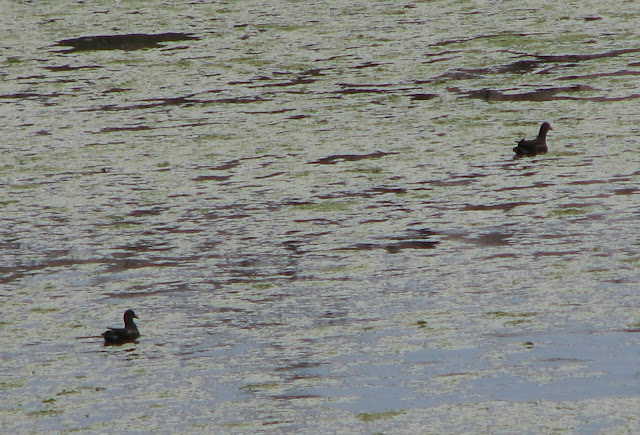 At times you can see geese,cranes,herons and even the odd flamingo who has flown over from the nearby Santa Pola salt lakes.

These Sunday mornings are a must ...they calm my thoughts and prepare me for the week ahead of me and I must say it works a treat! 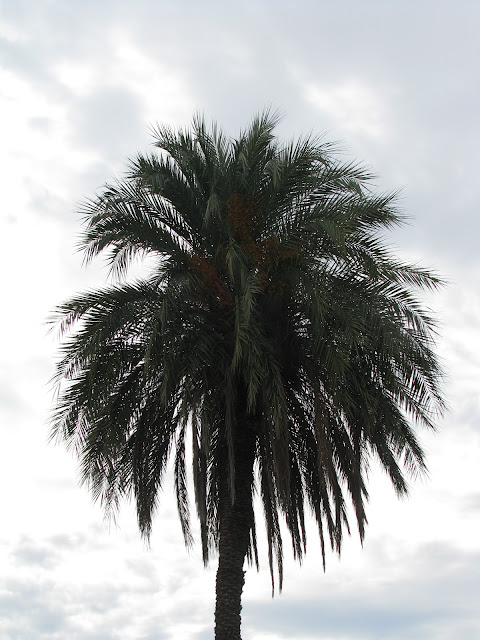 The Earth does not belong to us; we belong to the Earth.
unknown