Hello and welcome to my new follower Kathy at Kathyinozarks,Thank you so much for visiting and following my blog.

Silence is golden .....right....so they say.......
thats all very well but in my case it has been forced on me and I'd rather have a good chinwag here on my blog then spend a week of lurking and not being able to get a post together....ok enough whining!

Yippee! yippee! I have finally finished my zillion threads make and here it is : 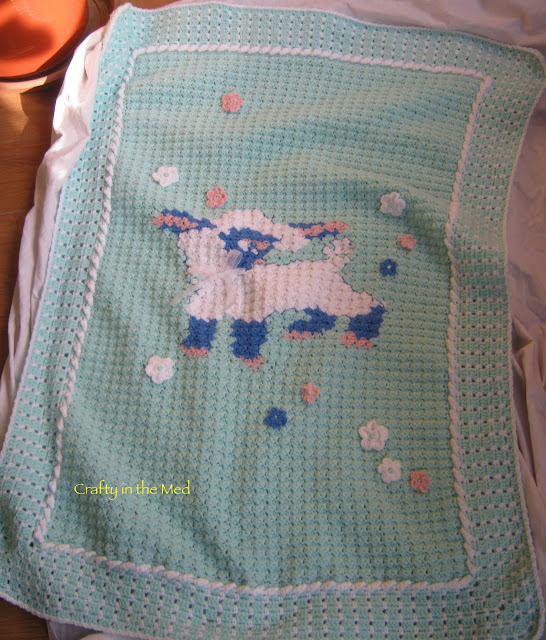 This was a request from one of my sisters for her first future grandchild.A very near future babe as he/she is due late February and baby isn't obliging at all by showing his/her gender. Hence the cot cover had to be made in mint green. 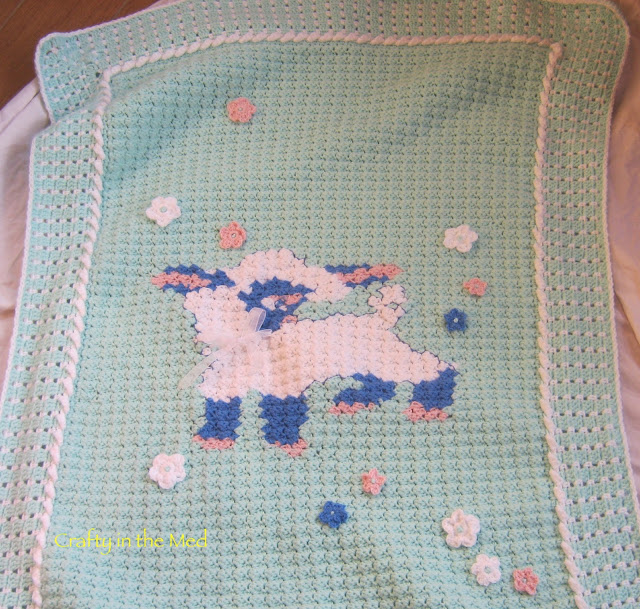 Now I have to say I did not like this project at all.....the pattern was purchased by my sister and not really what I would have chosen. 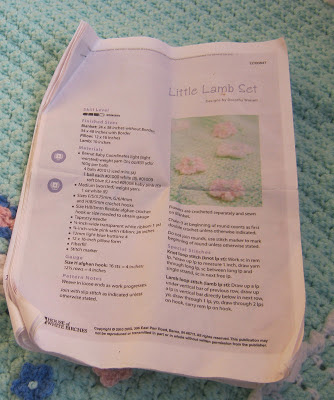 I'm a bit finicky where having to crochet something I don't like is concerned. I will usually give up on a project if I don't like what I am doing,but well I had to make the exception this time. It has weighed heavy with me because of this.
I had troubles from the start with it as the pattern called for Tunisian Hooks which I didn't have and couldn't find in my local yarn store so I ordered them online. There was a mix up with the order and I received something else so I had to send the parcel back and reorder tch! 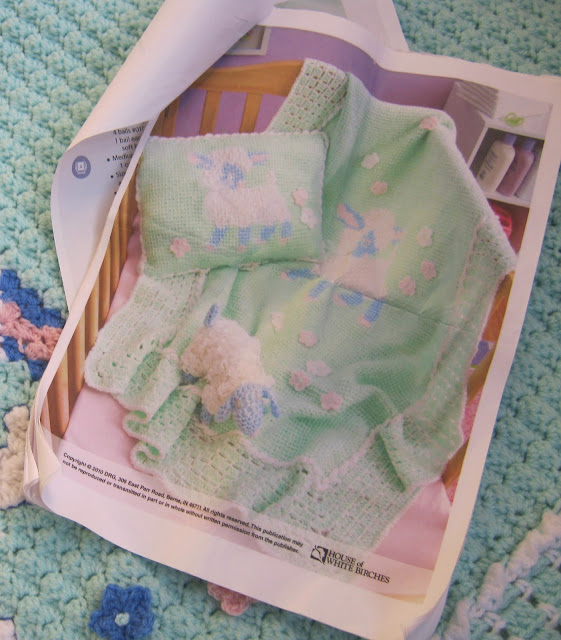 As all this was time consuming I decided to tweak the pattern and use another stitch and I chose Alison's blanket stitch which you can find on her blog Modern Grace.  I really do like that stitch as it just flows and gives a very nice finish to the whole blanket .

It adapted quite well to the pattern until I got to the lamb...oh that lamb.......for a while now I am going to detest lambs....at least the crochet type!