This is going to be a light post...lighter in text and heavier in images.

This post is also for Pat at  Sunshine and sewing basket blog who particularly requested some photos of the processions.

I wanted to get these photos out to you as soon as possible of the different Holy week processions as they really are spectacular.   Unfortunately my new mobile phone with enhanced camera functionality ( the main reason I decided to buy a new mobile phone) is so enhanced that it is hiding its functionality from me at present therefore my own photos taken at the processions were rubbish!  I have therefore relied on these quite wonderful photos taken by a local photographer on Gente by Alicante 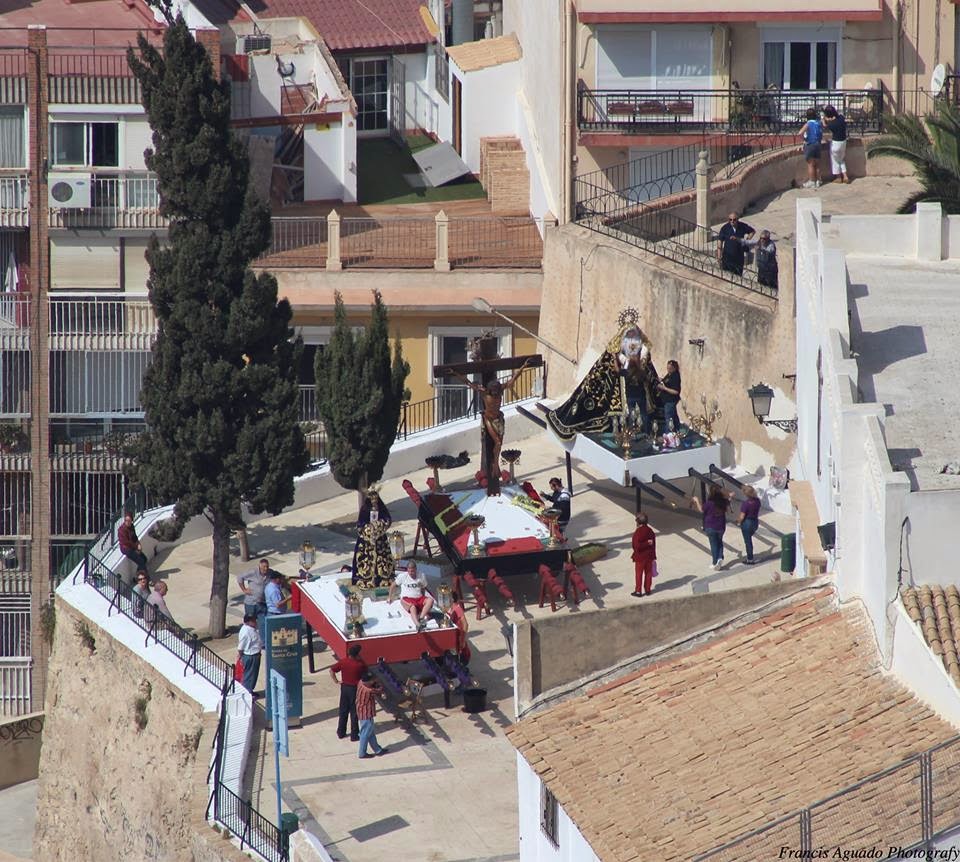 Preparing the floats outside of the Hermita de Santa Cruz situated below the Santa Barbara castle walls. This is the oldest area of the city. 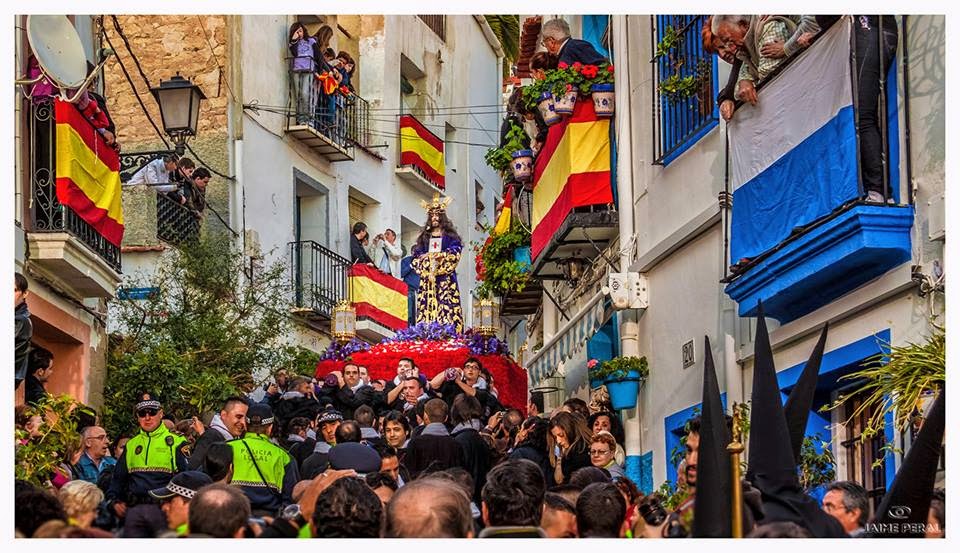 The first float with the representation of the Sacred Heart of Jesus . The narrowest street in Alicante's old quarter and it is impossible to get more people into that street. 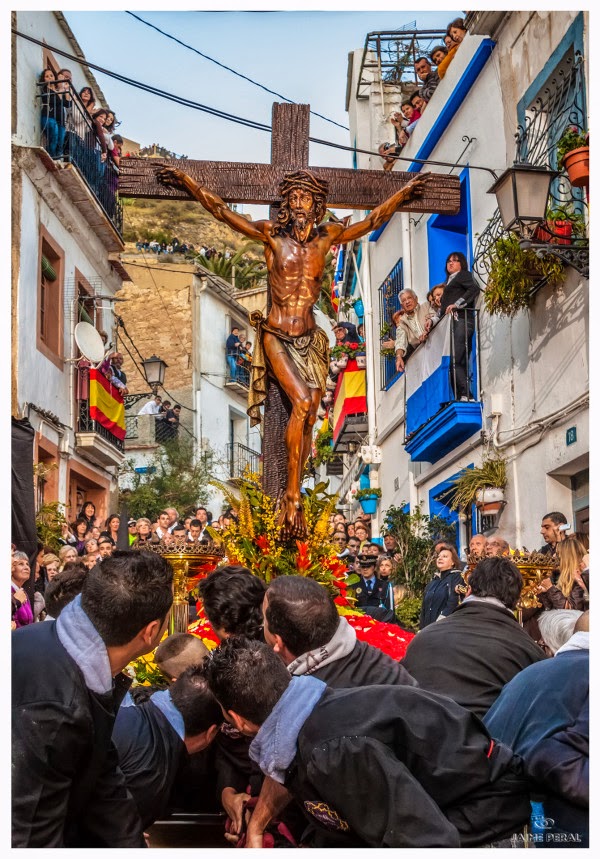 The main event,bringing Christ on the Cross down from the Hermitage. A very tricky descent and this float weighs a bomb. They are ducking here so the cross does not get entangled in the telephone wires. It is considered a privilege to be allowed to carry the Christ and very often handed down from father to son. The crucifix is taken to the cathedral and later returned to the hermitage. The climb back up all those steps is another impressive procession! 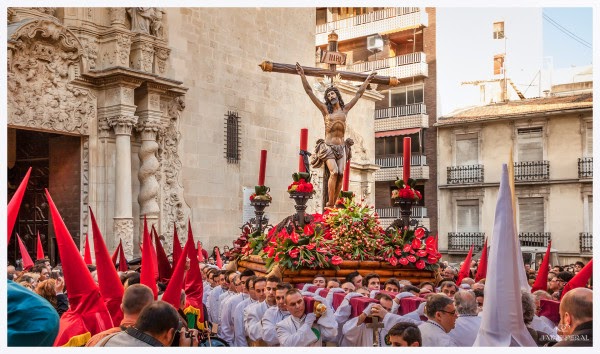 The Holy week coming to an end and Christ Resurrected encounters Our Lady of Joy in the Town Hall square. 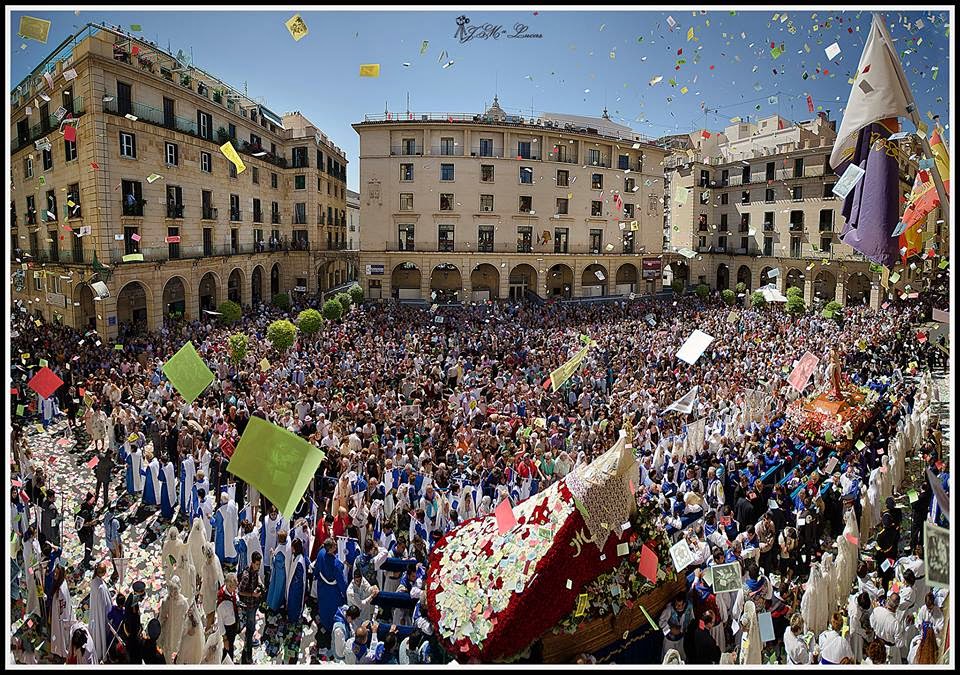 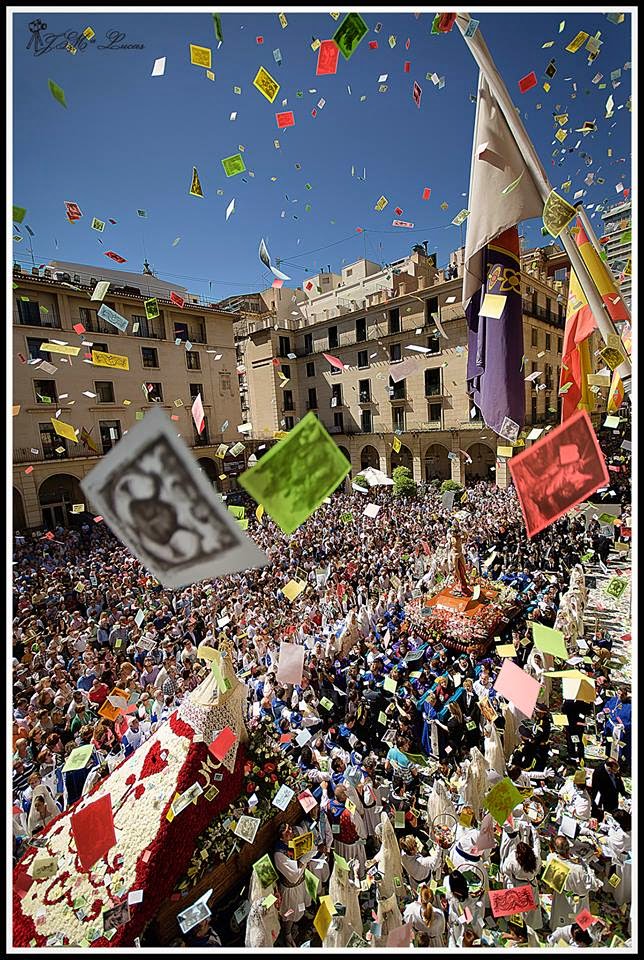 and the next event is "La Santa Faz"which is on 1st May this year.