The countryside around Agost, the pottery village.

I was going through my photo files on my computer this weekend to reduce the size of the main folder as it is pretty large. It is an enjoyable but difficult task as I find I am reluctant to delete photos but some are really just repeat shots at a different angle so they have to go!!!  As I said an enjoyable task as I frequently pause because some photos make me reminisce. In fact I rarely finish the task!

Such was the case here ......hence these photos.
When the beach is out of the question....yes it does get cold in Spain. I say this because people have commented to me before now that they thought Spain was hot all the year round!!
Well it "ain't"!!
It gets cold here!!!

We do have long summers and relatively mild winters; January and February are usually colder. We then transfer our Sunday outings to going up into the mountains for a ramble.

This was one such ramble last winter up to the mountains behind the village of Agost.


I always find that this particular part of the Agost countryside reminds me of biblical scenes: 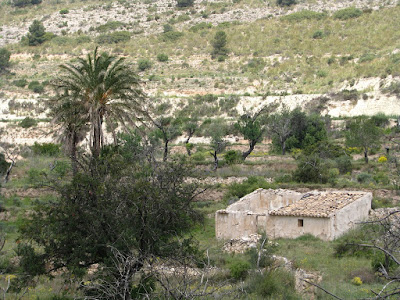 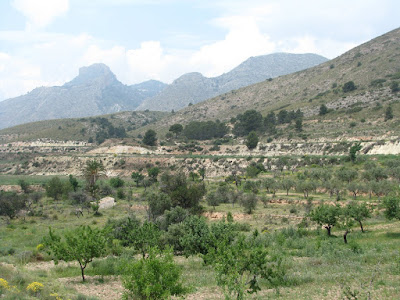 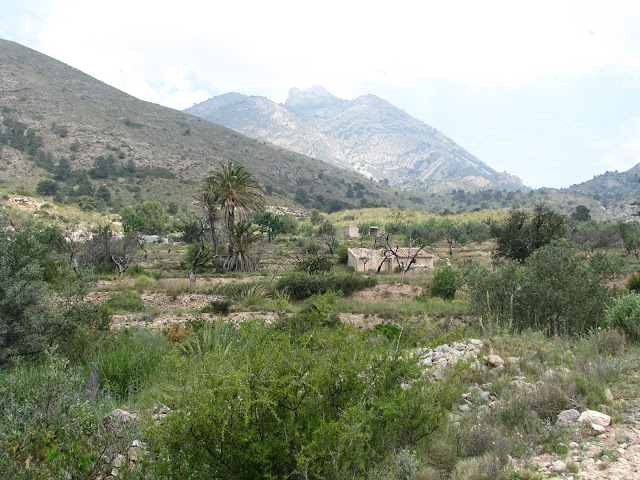 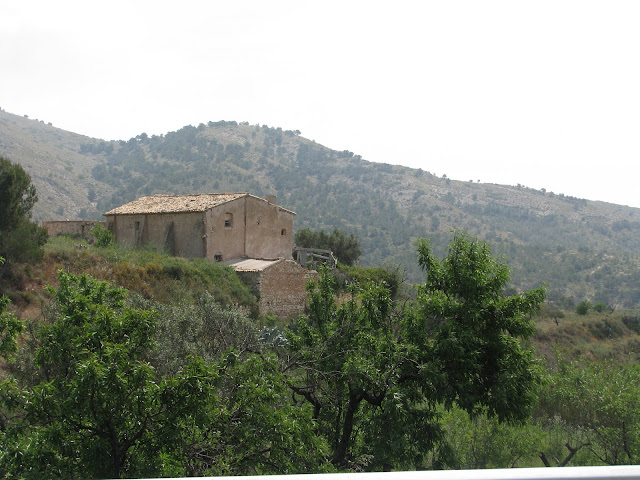 Someone lives here!   There is a Via Pecuaria ( King's Highway) which runs all the way through this person's land which means he/she has to allow access to the public. 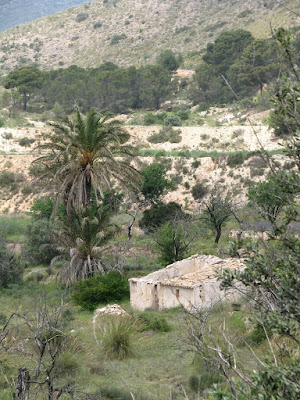 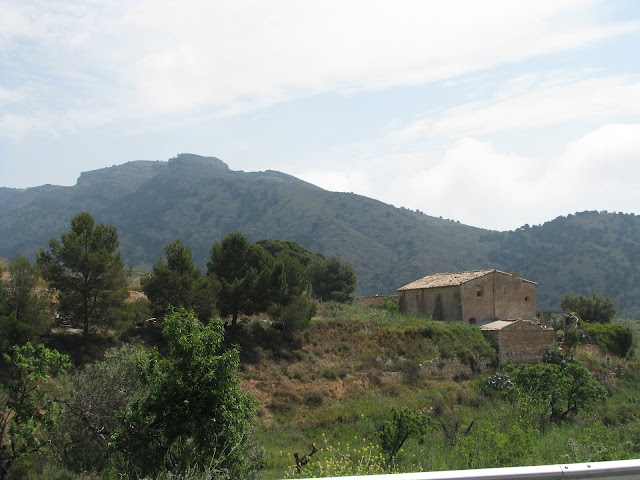 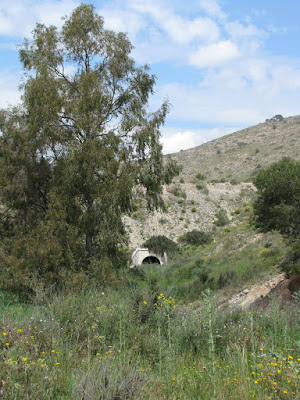 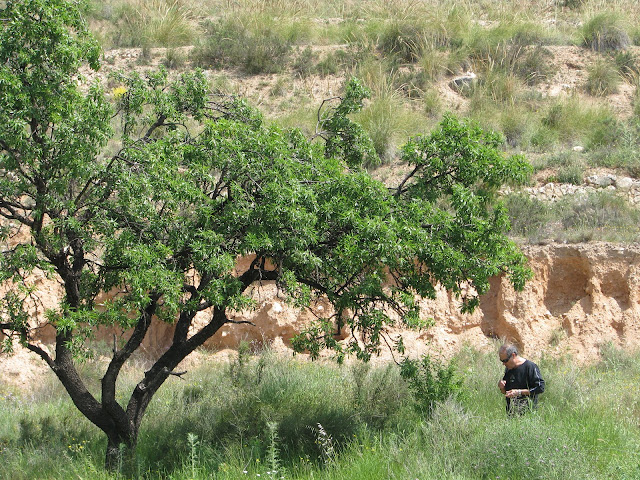 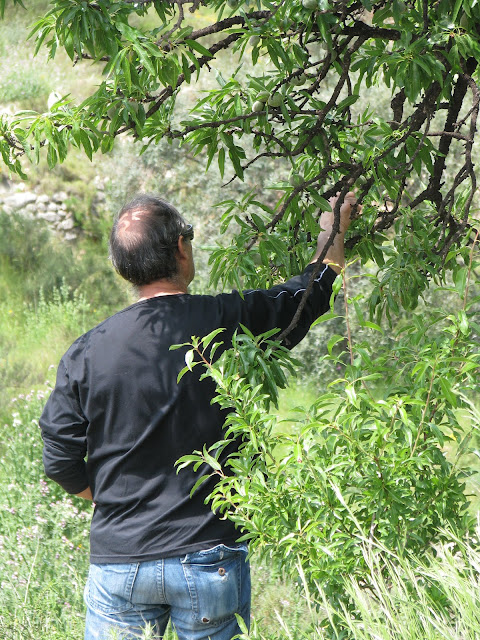 Naughty! Naughty!!   pinching a few almonds !!!
and we had a little snack on our way back down to the village! :-)