This gentle lady has made house sitting for my SIL so entertaining. She is a darling!!

She was actually delighted to see us but I got the impression she was allowing us to stay under certain conditions! Those were that she was given a generous amount of pats, hugs and tummy rubs daily. 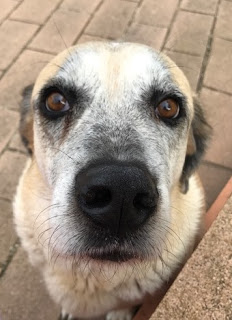 Who could resist those eyes anyhow! Not me!

I was told to be careful because she jumps up on you but not once did she do that to me not even when she got excited and playful hearing the rustle of my hand dipping into the complimentary dog bone biscuit pack, that I had bought for her! By the way it took her just a few hours to learn that sound meant extra goodies coming her way.

I would have so loved to have taken her for a long walk in the country lanes there but we were told absolutely not to do that. It seems she is a bit of an escape artist and also goes for other dogs as well. Only my nephew can take her for walks as he can manage her better than anyone.

She certainly has a lot of space though inside the villa grounds and she has her fill of running from one end to the other patrolling her territory and generously woofing warnings to anyone who should walk too near to her wall. 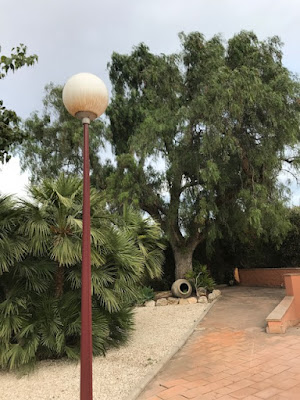 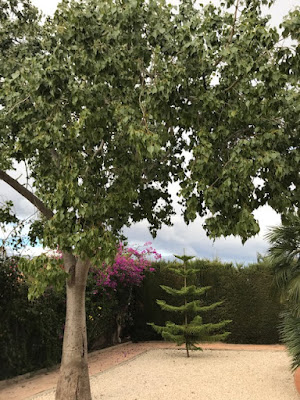 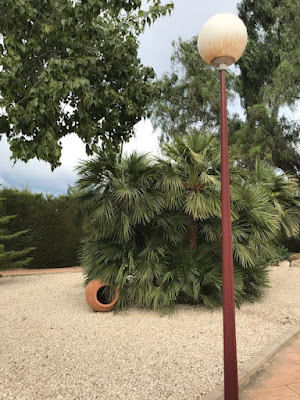 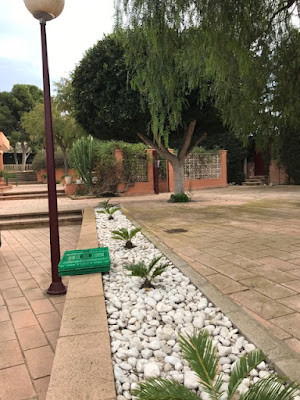 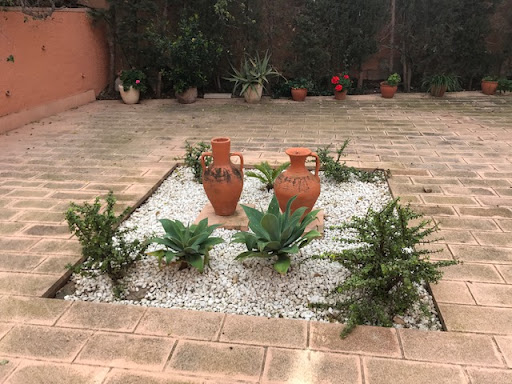 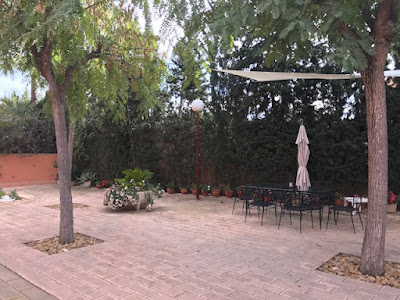 I had some good walks in the mornings going around the garden lap after lap. Torka would just sit and watch me walking at first then she would trudge along following me slowly, continuing to watch me. She would poke her head around each corner to see what this new human "the bikkies lady" was up to but it seems she decided it was ok with her and she decided to walk beside me after that each morning... lap after lap.

The weather was so mild that most mornings I had breakfast outside which Torka obviously thought was an invite and she enthusiastically helped me to eat my breakfast. As you can see she felt it was necessary to nudge me a bit to remind me she was also there participating.

It is evident that she considered her one meal a day quite ridiculous and bordered on starvation! 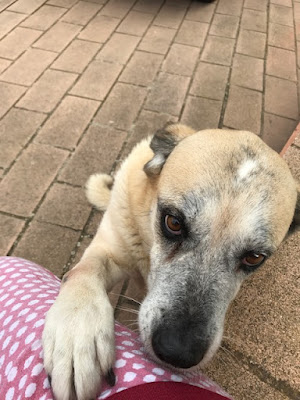 Torka was quite vocal evening times but so were the other dogs from the other villas in the area.  I think and call me weird if you like but I bet you they are having a chat about all their human goings on during the day. Something like this perhaps... 😀

"She's forgotten to brush me again today" "No way did she?"

" I had a go at the postman this morning...nearly got him this time" "

Have you seen those new fences they have put up? Do they really think they are going to keep me in!"

"Hey! you know what I have some new humans here that I am taking care of "  "They love me and give me hugs all the time!"

She certainly kept her eye on us: 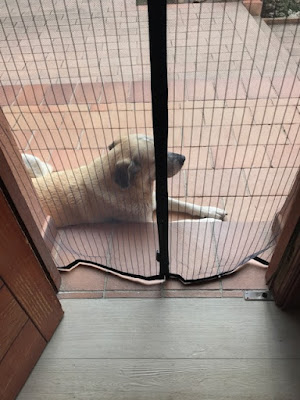 She knows she is not allowed in the house at all so she guards the backdoor. 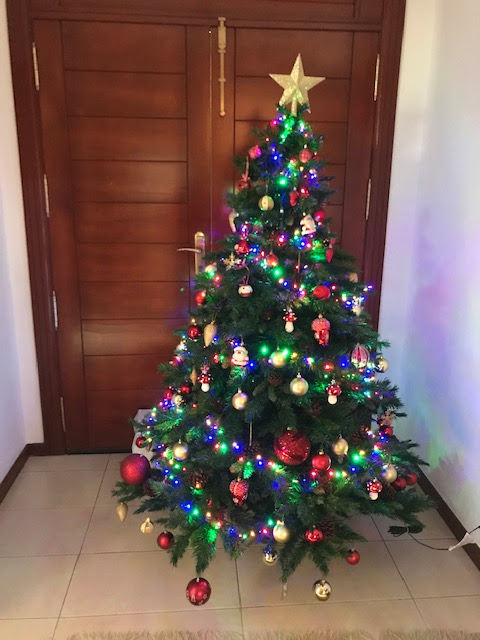 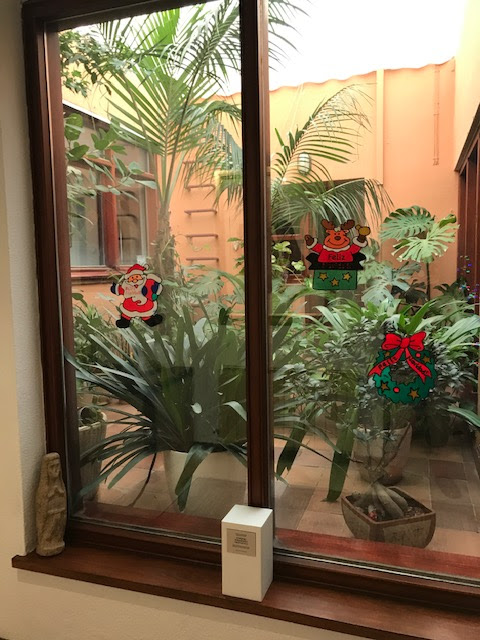 The beautiful patio garden in the centre of the house