We returned Sunday morning back along the coast to the Carrabassi wild beaches hoping that the amount of Caravans and Motorhomes illegally frontline parking and camping had diminished. In fact it had not it had increased! We therefore continued along the coast towards Santa Pola Town looking for a small area where we could get down to the beach to take the photos of the island of Tabarca that I wanted.  I was absolutely disgusted to see Motorhomes frontline parking and camping all the way along that part of the coast. It wasn't until we got to the entrance to Santa Pola Town that we could finally park.

The following information is for those Caravan and Motorhome campers who are parking and camping illegally, according to the law in this country!  I imagine they won't take much notice though! If they are blatantly ignoring the signs prohibiting camping they aren't going to worry about the following either:

Coastal Law (article 33.5) also included in the General Traffic Regulations, prohibits parking and circulation, as well as camping and camping sites 20 meters from the beach in an urban area or 100 meters in a rustic area, counted from the shore of the sea (point that reaches the maximum water in storms or tide).

At the very entrance to Santa Pola Town we decided that the only way I was going to get the photos of the island that I wanted was to go along the seafront pathway there.  Just before that I took a few photos of the mountains we passed on our way along the coast and also of the popular Skywalk that is situated on the top of the mountain near the lighthouse. I have been there a couple of times and the view from the Skywalk is amazing. 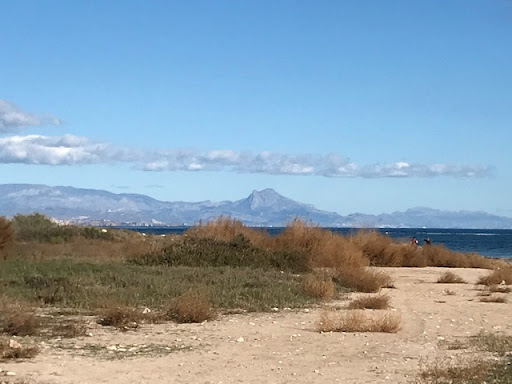 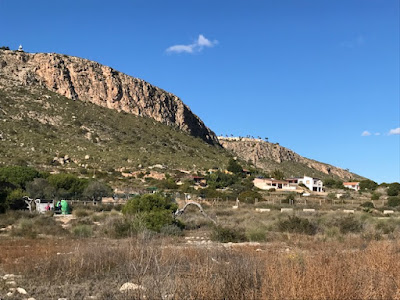 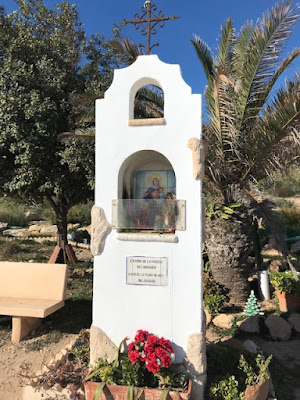 At the coastal entrance to Santa Pola Town a little altar to La Virgen del Rosario . 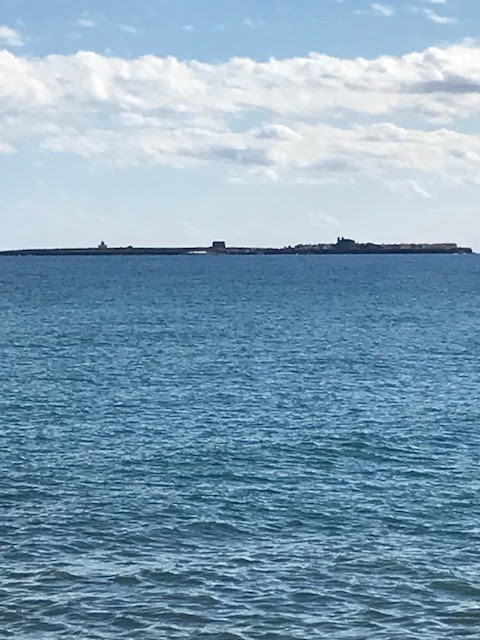 I got my photo of Tabarca Island not quite the one I wanted but at least you can see it. It isn't always possible to get a clear photo of the island as it is very often covered in sea mist or a heat haze. They also call it the Isla Plana (the flat island) I don't think I need to explain why😐.  I always think that it reminds me of three submarines in a row😁. It may not look much but it is worth a visit. It is a marine reserve and it is great to go snorkelling there. The seafood restaurants are really good there too. 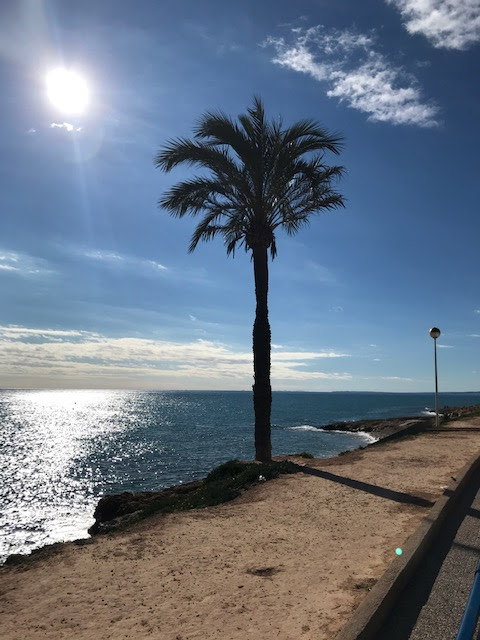 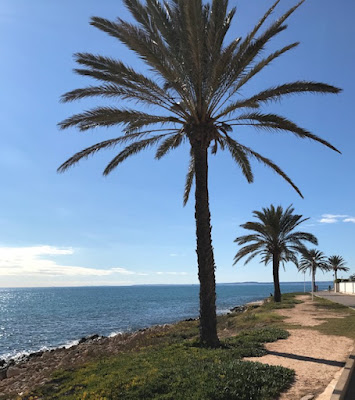 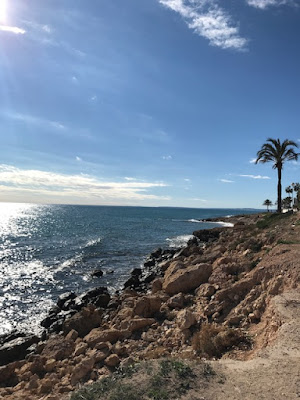 It was so lovely there that we continued along the seafront pathway for awhile and at the same time to also admire the villas there. 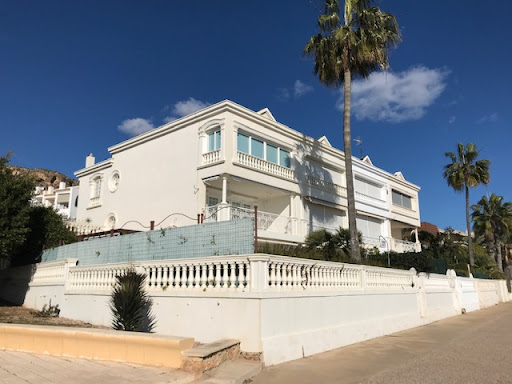 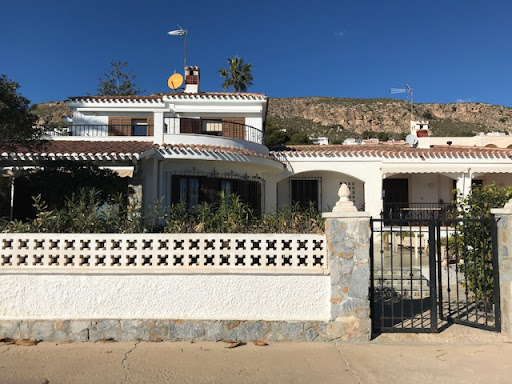 I wouldn't mind living here at all !   Just a few steps away from the sea...heaven! 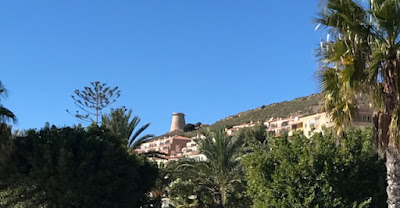 A Watch Tower. There is always a watch tower or the ruins of one in all the towns along this coast.

Best get it done!
Replies to comments on previous post completed