First of all I'd like to apologize I've been rather lax lately and not welcomed new followers nor have I been commenting on blogs as much as I would like. My excuse is LIFE and the things that pop up unexpectedly and also at present my time is very much not my own....a 15 hour working day is no joke!  I've just started several new courses, one starts at 8am in the morning, a 150 mins slot twice a week for Red Cross social workers and Teleassistance operators. Lovely bunch of people but...... groan....who wants to learn English at 8am in the morning!

WELCOME and hello to my new followers Lynette at Sweet Posy Dreams and Sarajan at Fleachic thanks for visiting my blog and hope you'll visit often.

Its been a very long time since I last visited the Reto a la Esperanza warehouse probably a couple of years ago now.  I've only occasionally found anything there of interest and the majority of the things they sell are so used that it has all become unusable junk. I don't like to criticize the organisation because they do a very good job rehabilitating drug addicts and depend on donations and what they can earn from selling second hand goods. They get very little government aid. They mainly obtain funds from going around Alicante and the province picking up unwanted furniture and other household goods which they give a face lift to and sell in this warehouse situated on the Madrid road leading out of Alicante.

As I mentioned previously they have a great deal of junk there and you have to rifle through the stuff but occasionally one can be lucky and find something and I found these:

They remind me of wild roses! 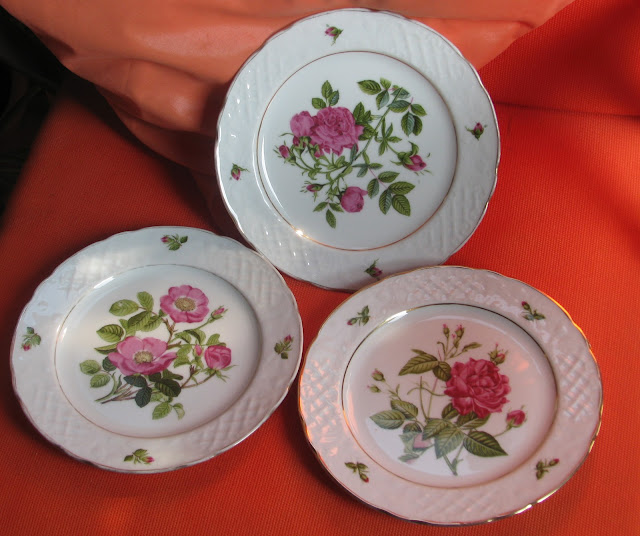 There were five but there were two which were supposedly repaired.....that is they were just stuck together with sellotape! I thought just the three could come away with me!   I paid 3.50€ for each plate I thought it was a bit more than what I should have paid but I really felt it would be mean and nasty quibbling over that price considering where the money goes.


I don't recall seeing Royal Kent china before so I don't know much about it....but from the  very little information that I got from Google they are from a set of 12 plates,; a limited edition. 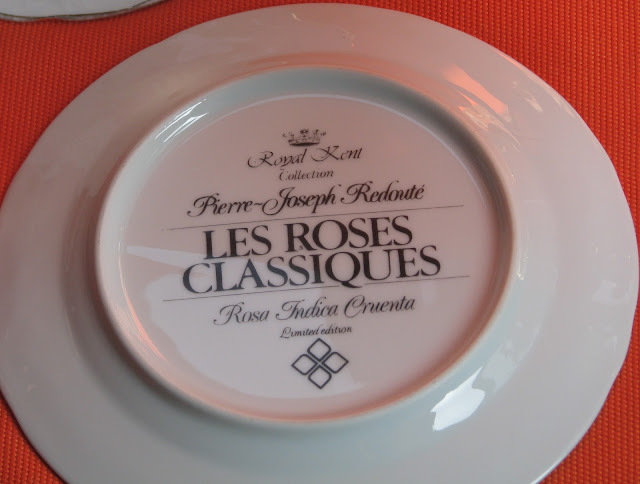 If anyone knows about Royal Kent china I'd love to find out  more. At  least I have an objective now which is to find the other 9 plates to make up the set!   These could be copies though...not sure how to check that out.

It started with a gentle pitter patter and now its coming down full blast!
Its glorious and the streets are being washed clean at last!
IT is RAINING!