About toadstools and makeovers


There is a saying in Spanish that goes like this "tenia pegado las sabanas esta mañana" or in other words "this morning the sheets stuck to me"... and you usually say this when you've had a difficult time getting out of bed!

I'm afraid that is what happened to me Sunday morning I just felt totally bone tired and the sheets really stuck to me so I couldn't get out of bed!!! This meant of course that we left the house much too late to go too far afield for our Sunday outing so it had to be a Sunday stroll.

Sr P had been on about big toadstools all week in some street or something in the city?????? 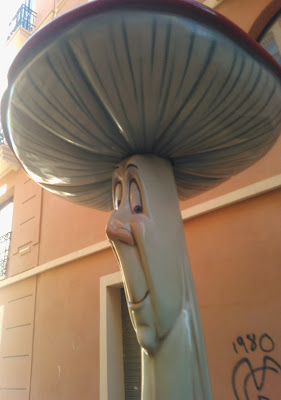 You know during the week I'm really busy so those sort of mumblings just don't sink in to about Saturday evening or Sunday and what the dickens was he on about anyhow????
It seems the Town Hall and council had the brilliant idea (very costly by the way) to revive one of the most dismal areas in the centre of the city.
There is  a rather long narrow street which used to be very popular about 20 years ago for its cafes and tavernas but had gradually fallen into a ghetto like area, harboring closed door clubs and dark grimy shops of very dubious repute.
The street gained a very bad reputation so much so that you did not walk down there alone after dark. 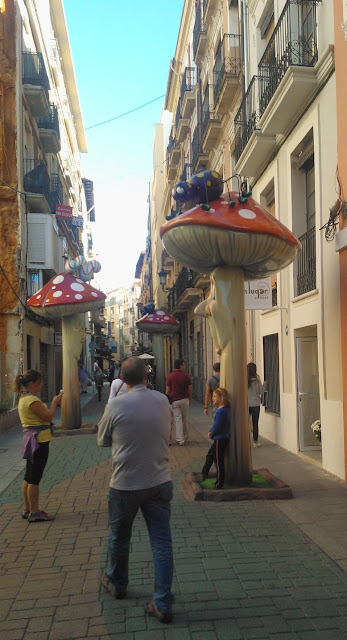 The project was started a year or so ago,there was a large clean up  of undesirables and a few adventurous restauranteurs were coaxed to return to the area, opening up some very neat little tavernas and then other little business followed suit  ....this and the Toadstools,the costly bit, has really worked because the population of the city have flocked down to see the Toadstools. 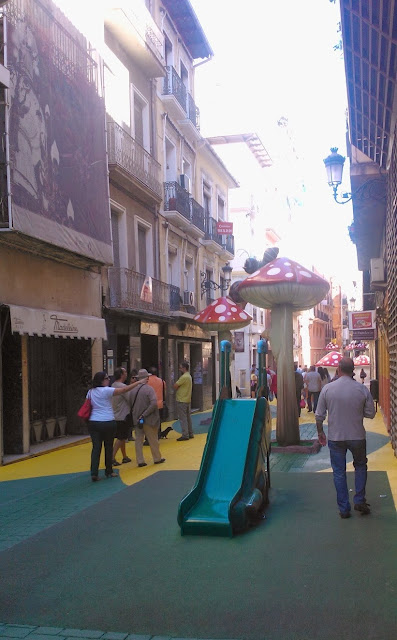 It is a very family orientated street now and it is wonderful also to see the restoration of some of the really beautiful old buildings in this street and also in the Plaza de Correos  (Post Office plaza ).

I have always admired the Post office building which I'd say was early 19th century but I also always complained that one couldn't appreciate it as it was hidden under years of grime!

It is truly a sight to see now!


It just takes the restoration of one building and others follow suit! 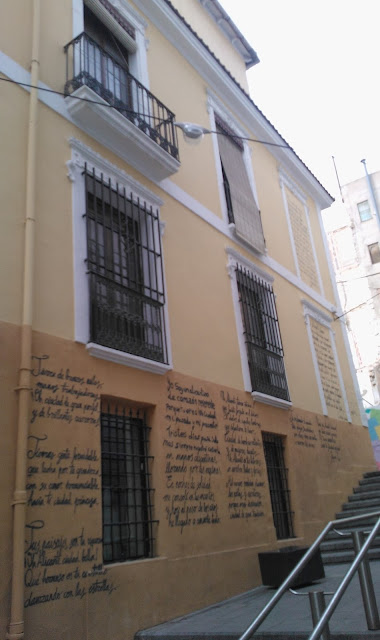 Permissible graffiti .....this house is covered in poetry ....verses from famous local poets 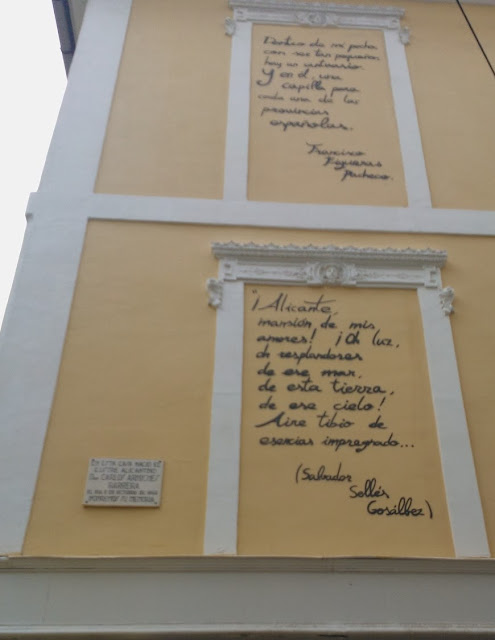 What was just a stroll turned into a few hours of noticing changes and admiring them.
It is so good to see that an effort is being made to keep the city looking nice.