Somewhere over the mountains

Hugs to you all for helping me promote my daughter's new teaching venture. 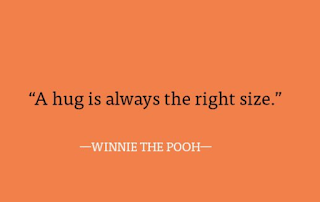 A friend suggested to my daughter that as she lives so near to the airport and to the International Trade Fair Centre she should rent out her spare room to travellers. She was a bit dubious about doing this but she finally decided it could be a way of earning some extra cash so she advertised it at the end of March on Airbnb.com. What a surprise when the very next day a Dutch couple contacted her about renting the room for one night on 2nd April as their flight was leaving at 6 in the morning. We all did our bit to help to get the room ready and it all went perfectly well and all Covid precautions were respected. The lady left a very nice review on the Airbnb.com page. This could be the start of a neat little business, perhaps.

Last week we finally got up into the mountains and my main objective was to look for almond blossom and this is what we found: 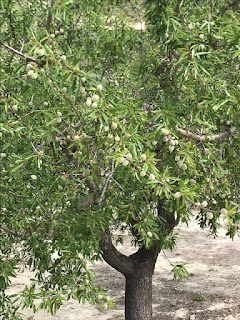 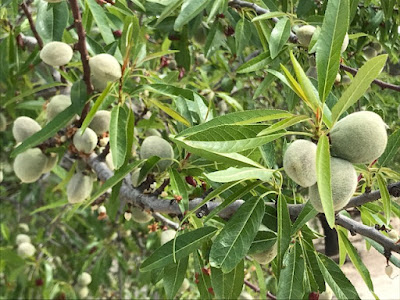 So.....a bit too late, there was no blossom left. I really suspected as much but was still hopeful. We do normally go almond blossom trekking in February,that is the right time, but as I wasn't feeling so great it all got postponed. Nevertheless it was good to see all the millions or thousands of almond trees across the fields on their way to producing delicious almonds and we will go back to our usual haunt (see here) in September to have a nibble on the windfalls like we do every year.   We then decided to go on to Biar a town further up into the mountains where Sr P's Aunty had a villa. Years back we used to spend a few days there every summer to get away from the hot exhausting heat down in the city.

Although it was chilly up there it was a perfectly lovely day. We went straight to the town centre for a walk around our favourite spots and to see what had changed there which wasn't much.  I still have difficulty speaking the local language which is Valenciano but the people are very considerate here and slip back into Spanish once they see you don't understand. Actually thanks to my MIL I do understand quite a lot of Valenciano as it was her first language and in her last years she slipped back to her childhood and would only speak in that language so it was a matter of having to understand it when I was alone with her. 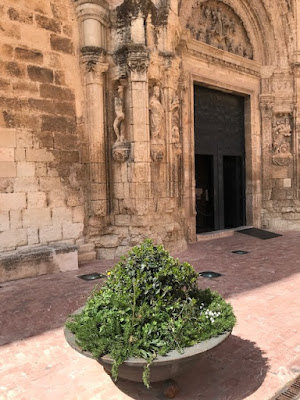 Mass was underway so I couldn't go in to view the church. Lovely to hear a guitar being played and children singing. 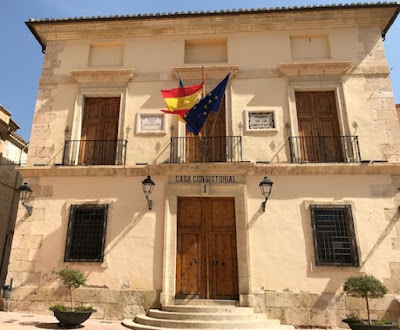 The Town Hall opposite the church. 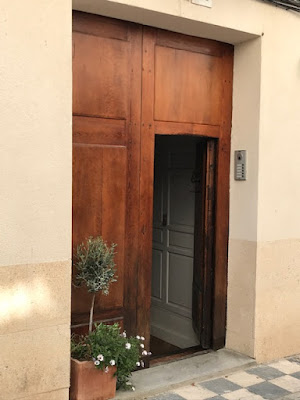 A door that caught my eye 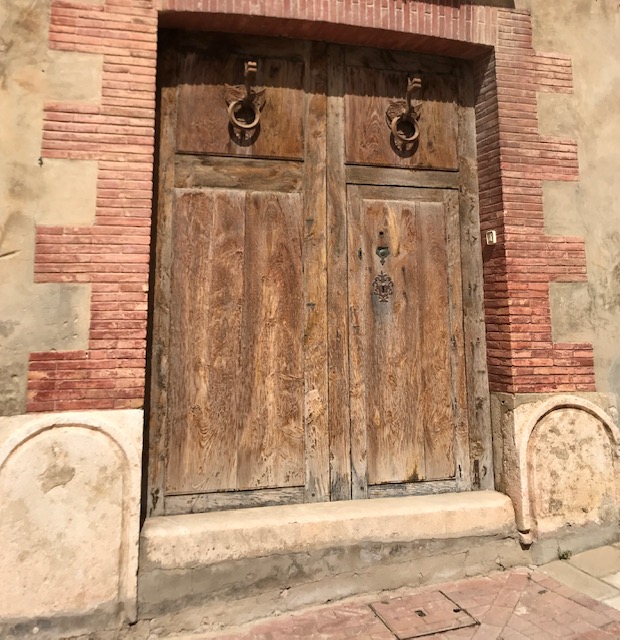 Another door! I just love those door knockers! 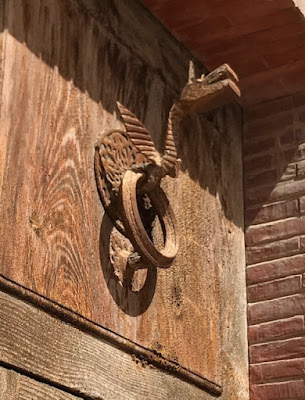 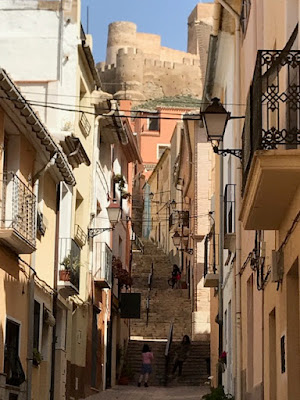 A lot of huffing and puffing later we finally got to the castle walls. 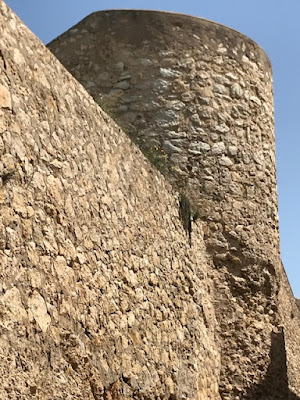 Which meant we were nearly there. 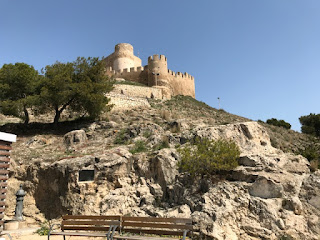 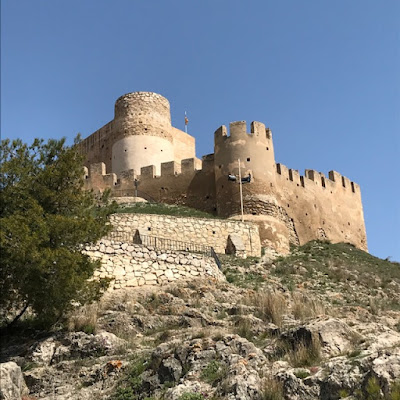 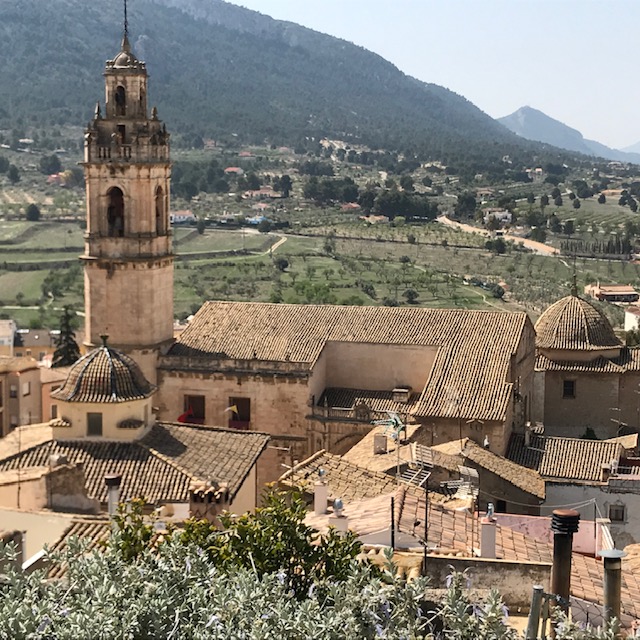 Tia Pilar's villa was situated on those mountain slopes behind the church tower.

We decided to take another route to get back down to the town centre and the car park by following the castle wall around to the top of another street. 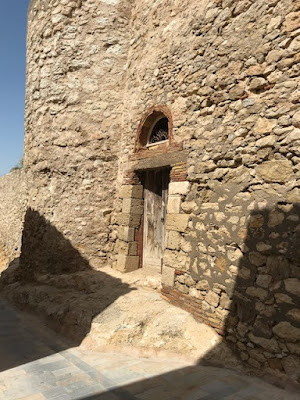 which took us back down 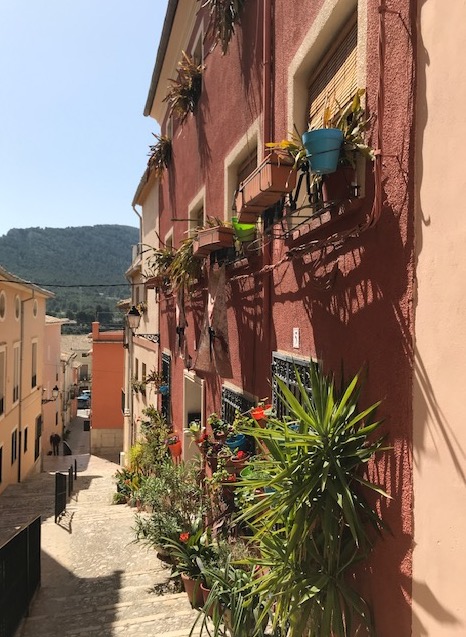 to the car park.

I haven't any RAOCKs to show you this week as I am making something for a friend and I can't show you what it is as yet.

I have just started reading Dissolution by C.J. Sansom that Liz at Shortbread and Ginger  recommended. I must say although I haven't read much as yet I am impressed with the author's power of description which sends me back to Harry Tudor's times during the suppression of the monasteries.  It feels like a good book because I am eager to pick it up again and read on. 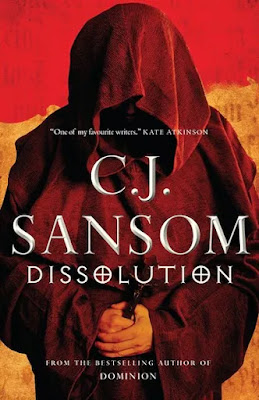 I would like to wish "safe journey" to Betsy on  The Simple Life of a Queen who is travelling  to her new home in Omaha USA.   "Wishing you the very best in your new home Betsy"