I love buttons and never throw any away but I have also discovered something about myself..I am a bit of a Button Scrooge! 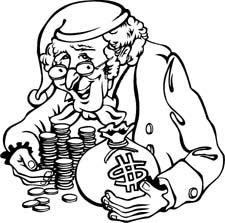 Since my daughter has taken up sewing I have been gradually sending over to her via Cookie (grand), Cookie visits us once a week now, sewing bits and pieces of what I had here and which I don't use. I told my daughter to let me know what she needed and one of her text messages came back indicating she needed buttons (she has a cushion making craze at the moment). 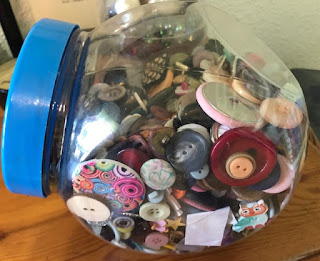 and she was digging out the buttons she liked and I was there pushing them to one side mumbling ..no I like these...no I want that one...no that's pretty I am keeping that... no I can use that one... No I have ideas for this one and when we looked at the pile of buttons that she could take to her mother there was the grand total of 5 buttons. Mostly shirt buttons! My grand-daughter looked at me laughing and said "that's not much and you have loads". I felt totally Scroogish (I dont think that word exists) and did give her a few more and said I'll look through them again. Would you believe it I am reluctant to do that !!   I will of course but it is hard!  I love my buttons!

Talking about buttons!  My sister Nº 4 and I have a monthly parcel swap which we have been doing for years. I send her herbal teas and other bits and pieces mostly craft supplies from here and she sends me items I can't get here and also craft supplies among other things. One of the things on my list is buttons particularly old buttons.  I received a parcel from her yesterday in which she said she had put a bag of buttons. I looked everywhere among the parcel's contents but I couldn't find the buttons. I texted her and she told me to look again at the bottom of the parcel as it was a small bag.

This is what I found! 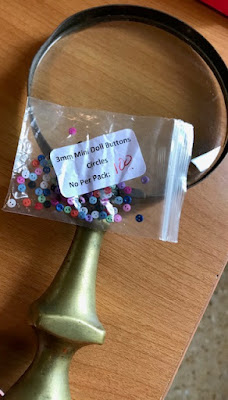 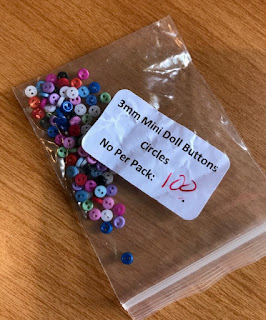 I have never seen such small buttons ever!  On the label it indicates 3mm Mini Doll Buttons!  I should think they are a nightmare to sew on!

It seems he was assigned the job of head chauffeur as his mates had theirs too the same morning. Sr P and these chaps know how to organise these things. Their vaccination appointment was at 12 so they met up to have breakfast in their favourite cafeteria at 9am. They of course had to discuss it all a bit over breakfast first and then left about 11:15 am to go to the vaccination post on the outskirts of the city. After the event they went on for some Tapas to have another chin-wag, probably all about that second vaccination experience, you know all what they went through. Sr P didn't get home until 2:30 pm and he didn't feel much like lunch either.

Sr P is a very social person and when he says he is having breakfast with friends then I know he wont be back until past lunchtime 🕰.

I have been crochet doodling again and mixed it with a bit of recycling and made this but I still wasn't sure what I could use it for!     Definitely free-form!

I really did not know what I was making when I started this just felt as I was making it something would come to mind. 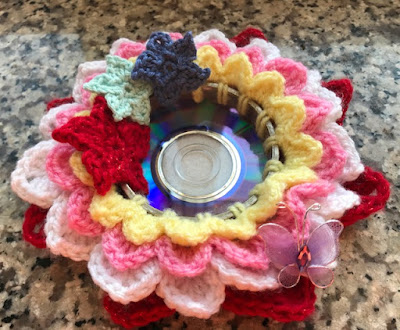 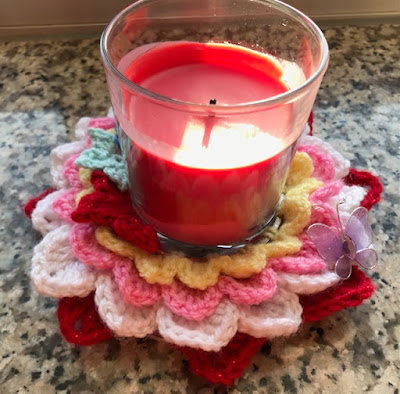 with a smaller candle I think! 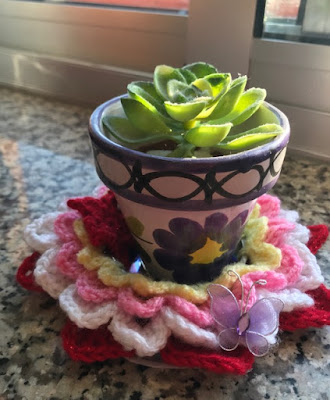 Please don't mistake this for a stool!

Teresa in my Thoughts  💖