Here's officially saying hello to my swap partners for the two swaps I am participating in, Kimberley in Bobo Bun's Four Happy things swap hosted by Lisa at Mrs Bobo Bun and Debi in Daisy Row Easter swap hosted by Joy at Daisy Row.
I'm looking forward to getting to know you and once again thoroughly enjoy the fun of preparing and sending swap gifts out to other craft bloggers.

After the storm comes the calm....and then the gale force winds come back again. We have had gale force icy winds for nigh on two weeks now.
A couple of weeks ago when this windy weather started I had a bit of a scare;the cold sweat type of scare. I was on my way to work driving along the motorway when I discovered that my sturdy little Suzuki Ignis is not gale force wind friendly, as I was nearly blown into the crash barrier on the side of the road. 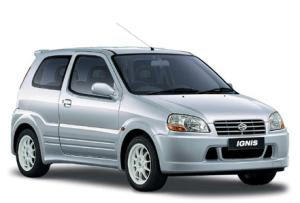 In truth I don't really think that its the fault of the model of car that I use because I saw larger cars clearly swaying as they battled against the wind too. I do think though as it has a high box type roof this doesn't help stability in such a fierce wind.
I hold on to the steering wheel really tight now and have dropped the speed down to control the car better.


However we did have a couple of days of calm and the warmth of the sun was more apparent ,temperatures rose so we went for a long walk along Los Arenales Beach( That would be the Sun Dunes Beach;such an attractive name) to breath some fresh sea air and enjoy a few hours in the sun, at the same time not having to battle the wind to be able to walk along the beach. 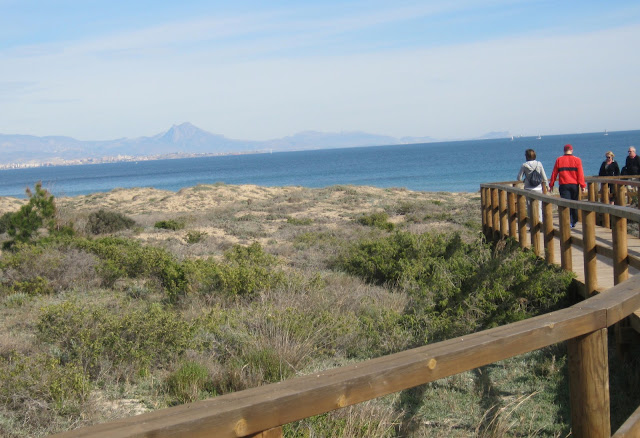 However others had the same idea and the promenade was quite busy: 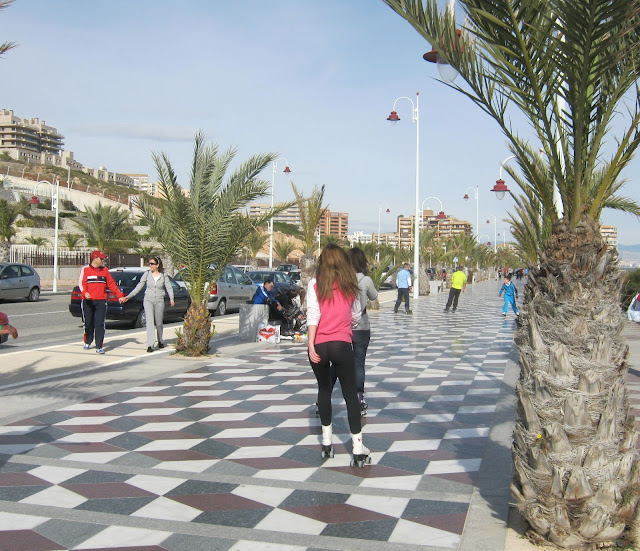 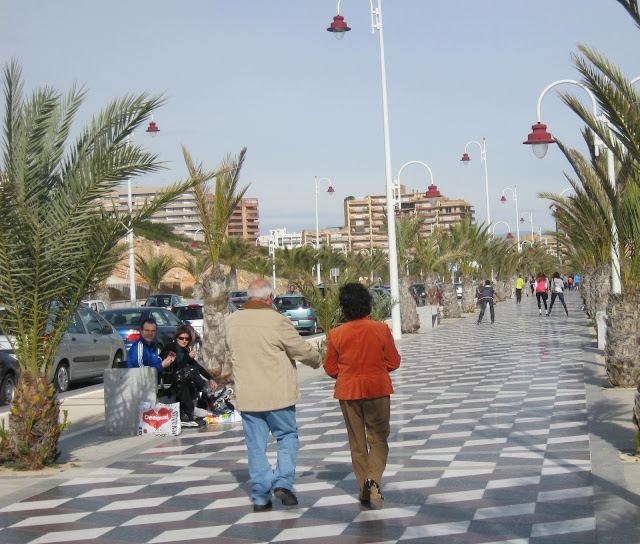 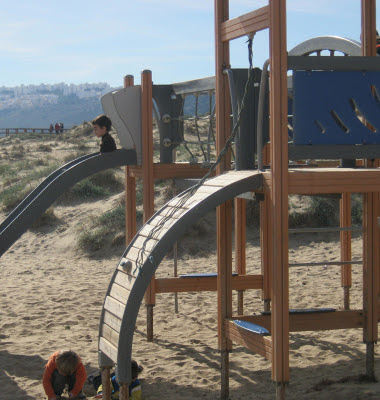 In all a relaxing couple of hours just sufficient to blow the cobwebs away. 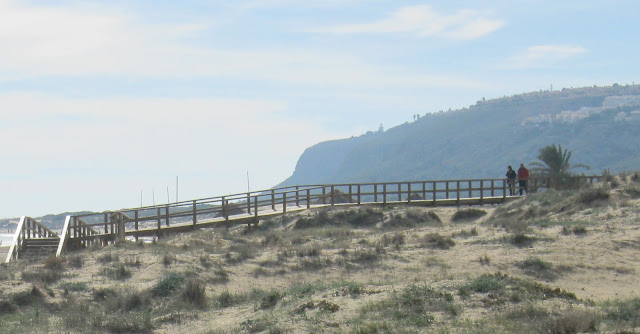