Hello to my new follower! Welcome to Crafty in the Med my personal blog where I share my love of craft, particularly crochet and anecdotes from my daily life living here in Alicante,Spain.                    Please feel free to comment.

We haven't been able to get to the beach these last three Sundays. I so miss my swimming and doing a bit of snorkeling. The sea is such a healer and it makes all the aches and pains in my legs just disappear. My doctor actually prescribed swimming as one of the best all round exercises for RLS and for lots of aches and pains. He also told me that swimming in the sea was by far the best option.

As I mentioned in my last post Sr P has an ear infection and he has been prescribed antibiotics to deal with the infection; the doctor told him the beach was off limits until the infection had gone.

Sr P really loves his snorkeling he has done it all his life as he was born right in front of the sea and I mean as in.... five minutes from his parents house ... across the sand and into the sea.

The first Sunday he started the treatment he only gets all his gear ready in the morning for us to go snorkeling and to the beach.

I swear Sr P sees himself as a 70 year old superman!!!

I immediately put all the gear back in the cupboard and reminded him what the doctor prescribed.

I am sure you can imagine that did not go down well.

He did throw a bit of a wobbly about it (I of course used the in one ear out the other strategy)  I believe I heard vaguely as he was mumbling, stamping from room to room and slamming the bedroom door something about about doctors exaggerate,grown man being told what to do and sea water is better than antibiotics, while he let off steam.   Meanwhile I made him a lemon cake, which he is partial to for later and got changed picked up the car keys popped into the bedroom and asked him if he was ready.            We spent the morning strolling through the port on to the Santa Maria Church and the old quarter (Sr P's neighbourhood) where we had a chat with some old friends sat outside a cafe having tapas.

If you want to know more about the church pop over to Here for the post I wrote about the hidden tunnel.

You see he knew I was right but he was not going to let it go without a bit of a rant!

I dedicate this to all the wives/partners of  70 yr old supermen out there in blog land. 😀 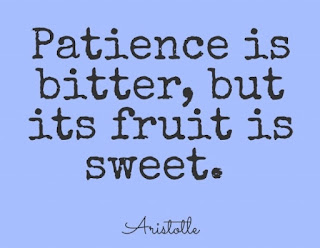 In case you haven't noticed Paula at The Snail Garden has returned to blogland and has posted a beautiful and interesting post called "August Outings".

Kathy at Hummingbird Woodland Studio has,due to tech problems, retired her blog and started a new one called My Artistic Endeavours At The Lake

I just felt like doing some crochet doodling when I made this RAOCK months ago.

I had no real plan in mind at that time but this is what my hook produced. A key tassel and I'd say that face and head-dress is pure carnival.

What do you think? Does it remind you of something else?

I used a Nº 2.00 hook for this make and Katia Brisa silky cotton but I don't think I will use that thread again! The threads split up far too easily and too often. A choice of fabulous colours though!!

Have a good week