The ban has finally been lifted as of yesterday I am allowed to send post to OZ!!   Whoopee!

I have been checking this PO list periodically during eleven months...waiting....waiting... and waiting...and finally Australia has returned to the list: 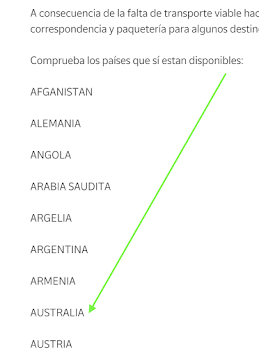 The jug cover I had  completed for my niece back in  July 2020 had to be put on hold as I couldn't send it to her because the Spanish postal authorities had closed down all their postal routes to Australia. I wrote about this here .

It is now on its way to my niece in Point Vernon,Queensland.👏

My family in Australia do not feel so far away now !

One of my twerky hobbies is to take photographs of doors not just any door but doors that have character. Some of you already know this as I wrote about this hobby of mine here.

As we cannot leave the city due to lockdown,on Sunday morning I suggested to Sr P that we could go for a walk in the old town so I could take some photos of doors. I always enjoy a walk in the old town with him because as Sr P is from there he has so many anecdotes to tell me about when he was a boy running wild (he did too...my MIL told me lots) with his school mates in those streets.

What they would have called a Town Palace built by a rich merchant family and curiously an Irish family called O'Gorman. It is situated in a very narrow street in a popular area of the old town; nowadays surrounded by restaurants,cafes and souvenir shops. It was built in the 18th century in the baroque style and over the years has been used for many things other than a palace.

This is the other door of the Palace. The entrance for coaches and horses. 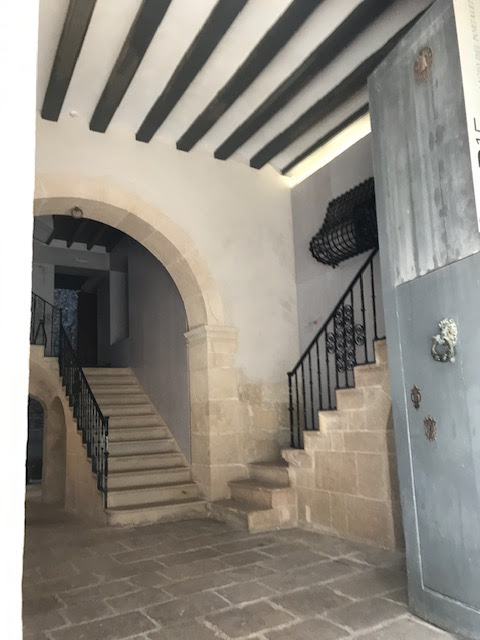 These Palaces usually had a centre court in the middle of the building where there was a garden and even a stable.  It is big inside! ! 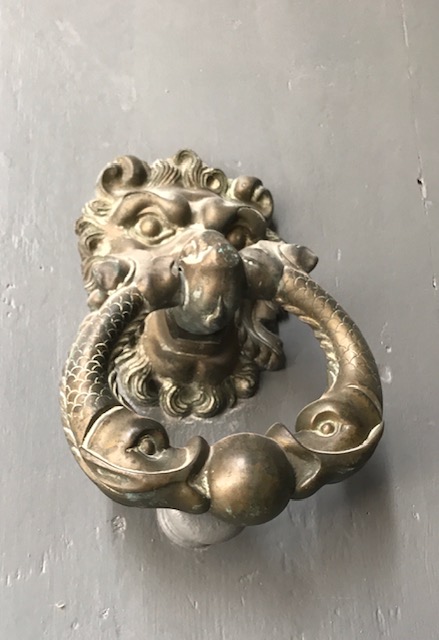 Other than doors I do like taking photos of door knockers. They are splendid but unfortunately the antique ones have become very collectable now and fetch a high price.  This has provoked the theft of many from the old doors in the city and even from the doors in the little towns and villages in the province....such a shame!! 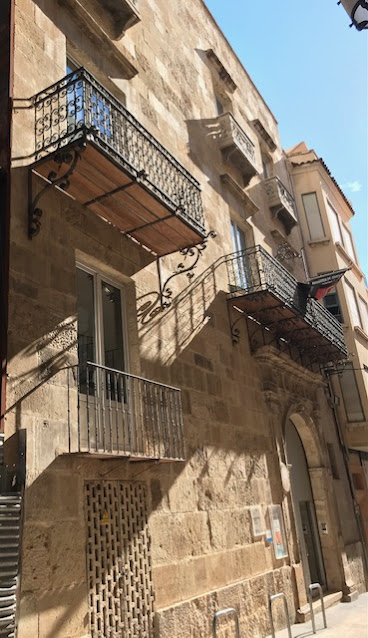 I found it difficult to take a photo of all the front of the palace as the street is so narrow.   In 2001 the palace was purchased by the Town Hall but due to lack of funds it took them 10 years to restore it to its present state. In 2010 it opened its doors once again housing the Municipal Archives and offices.

My husband gave me this gorgeous pot of Orchids for St Valentine's day. Red roses are fabulous but Sr P knows how much I love Orchids. 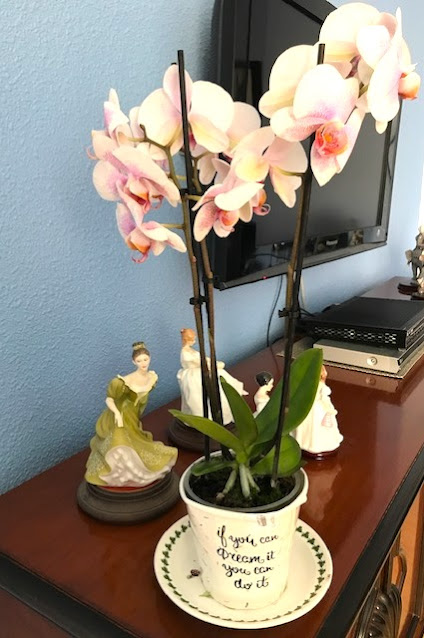 I am a day behind with my hearts!  still...never too late...right!

A Free Pattern from a fellow blogger Anabelia Craft design which you can find on her post Granny Squares Hearts. 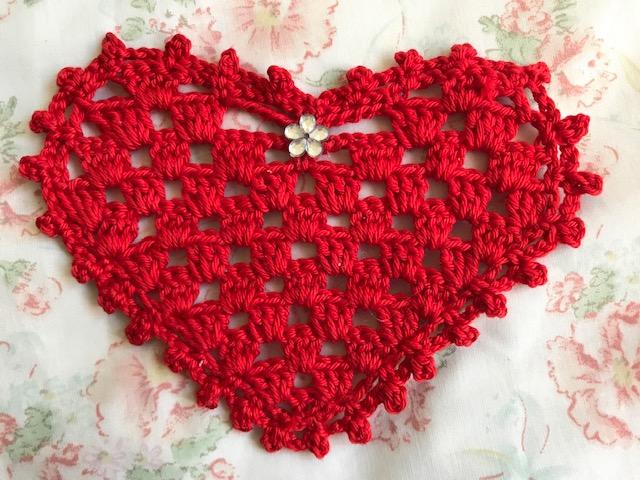 I have dropped this RAOCK heart off this morning and placed it on a bench in front of the school which is near our place.  I would like to keep dropping off RAOCKS around the school area so the children get used to these finds and come out of school looking for them. I am being very cautious because I do want to remain anonymous so I have to do it without anyone seeing me!😊

PS:Lockdown has been extended to the 1st March in this province.