Two weeks ago we went for a short drive to Campello an old fishing village which is situated on the road to the popular tourist resort of Benidorm.

It is one of our favourite places!

We often visit an islet there which is situated on the outskirts of Campello called the Isleta de los Baños de la Reina (Islet of the The Queen's Baths). A small island connected to the mainland that holds the remains of an Iberian/Roman settlement.

The sea waters around the islet are crystal clear teeming with marine life hence it is a very popular area to snorkel dive. 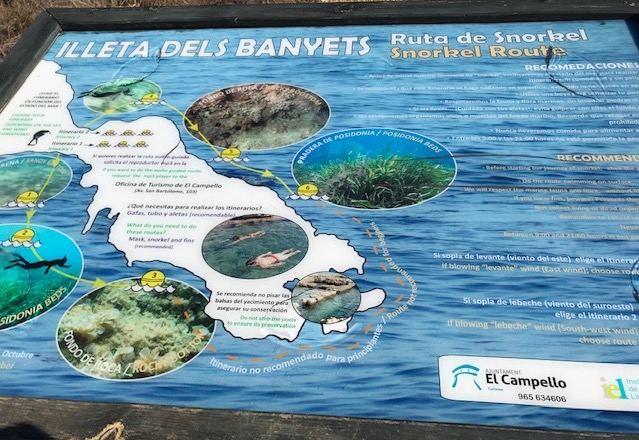 We used to come here frequently to snorkel when the islet was just a lump of rock,or so it seemed, long before the authorities cordoned off the islet to the public to start the archaeological excavation which took several years.

I have always felt disappointed with the many photographs I have taken over time of the islet. 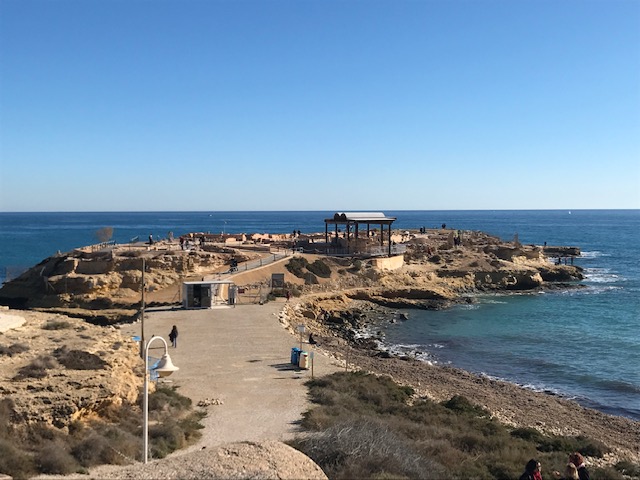 I have never in my opinion been satisfied with the views I have obtained of it! I have come to the conclusion that unless you get an ariel view of it or better still walk around it you cannot fully appreciate this flat little islet.

I would very much like to see a few palm trees planted there which would offer essential shade for the visitor.

This snapshot taken by the Marq Museum from a drone gives a much clearer view of the the islet. 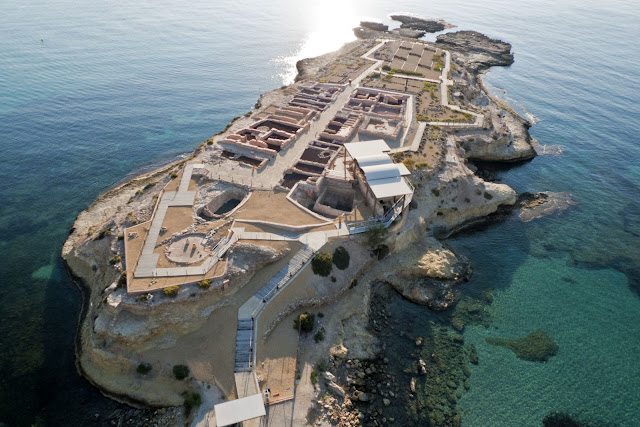 Excavation and some restoration continues in progress but it is possible to visit the site for a small fee. It is quite interesting how the Museum has set it up so the public can see and visualise how the occupants lived so many centuries ago. You can see the warehouses with houses and adjoining thermal baths, the small temples and curious fishponds excavated in the stone there.

Having an exotic name like the Queen's Baths one could be forgiven for imagining that this was where the Queen and her handmaidens would have their daily baths surrounded by servants and musicians and slaves waving palm fans over their mistress while she enjoyed her daily ablutions.   I hate to disappoint... but recently it has been announced that this settlement was a fish farm! Unfortunately why it was called the Queen's Baths...no one knows... the explanation for the name of the islet is lost in history.  Speculating a little I thought it might be because the fish farm might have been commissioned/owned by the Queen.

Authorities have continued to allow the public to use the outer rim paths of the islet to go to the favourite snorkelling areas and snorkellers if they are lucky and observant may get to see some of the submerged remains of the settlement that are still there resting under the sea.

I think this tower,recently restored overlooking the islet, speaks for itself as this part of the Mediterranean was rife with pirates for centuries. 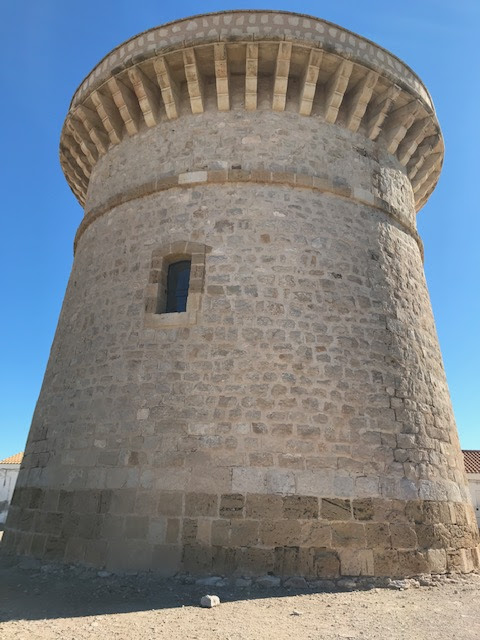 In contrast I have always been  horrified with what they did to this little bay,another place where we used to go swimming and snorkelling! 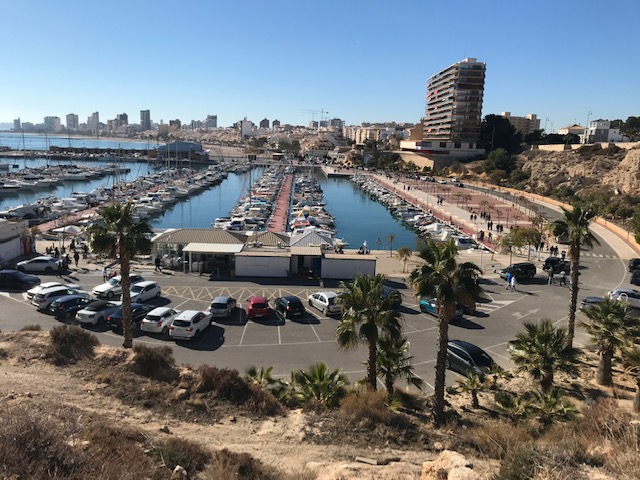 It is situated on the right of the watchtower. When I turn to the right and see this eye sore view. .. well... as I consider myself a polite person I won't share my thoughts on this with you. Progress...tch!

As they have mucked up that side of the bay perhaps they wouldn't mind transferring a few of those palm trees to the islet!

Nature will have her way and some plants grow in the most unusual places.   As we were returning to the car Sr P saw this Prickly pear cactus laden with ripe fruit on the pathway. 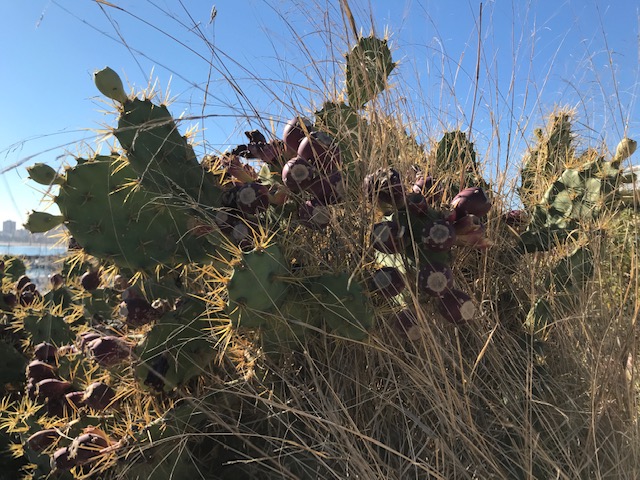 Sr P loves Higo Chumbos ( Prickly Pear fruit) so he was all for picking some to take home with us. This fruit is quite popular here and they also make jams from it.  That was fine by me I told him as long as he picked them as he knows how to do that. They are a bit awkward to pick and you need to use a couple of plastic bags if you haven't got gloves and also be wearing long sleeves and he was wearing a thin shirt.  In the end,thank goodness,he decided not to. Prickly pears are not called that for nothing and I could foresee having to be digging out all the irritating thorns from Sr P's body during the afternoon! 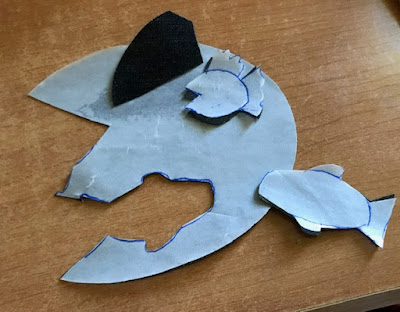 A little bit of cutting out.  I decided fish this time. Ironed on and completed in a jiffy!

Mmmm...I have mixed feelings about these fish.  The smaller one is ok but the bigger one looks more like a submarine.

As requested by Kathy on Compassionknit , and I quote:

I'd say this is circa 1955 at Minehead seawater paddling pool in Somerset,UK.

I was a water baby and I still am 😁

I would just like to add I am answering to all the comments I receive (occasional one could skip my eye LOL!) on my posts. Just so you know any queries in your comment will be answered.